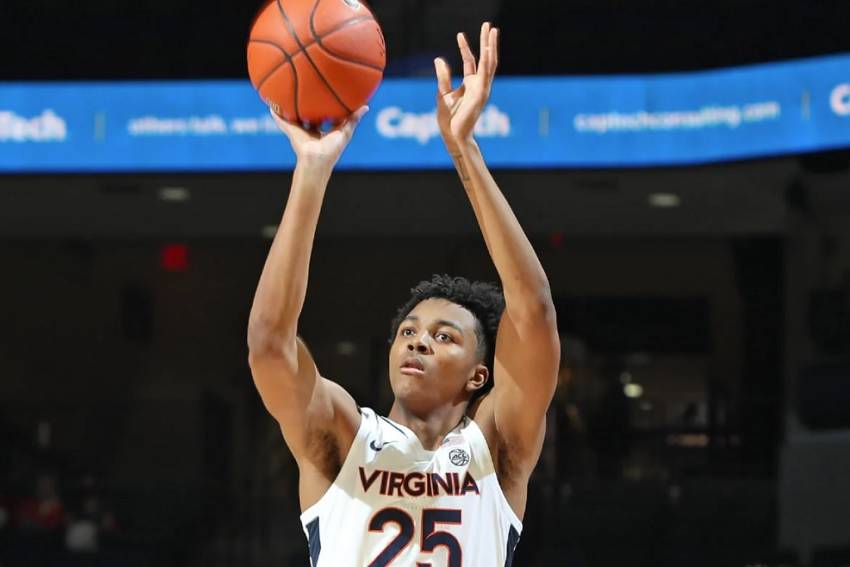 If you believe what Pelicans Executive Vice President David Griffin had to say, the Pelicans needed to improve their basketball I.Q., their toughness, their shooting and their defense after a very disappointing 2020-21 season.

If you believe your naked eye, you know the Pelicans must improve in all four areas, with the latter two quite visible to all.

When Lonzo Ball becomes your most efficient shooter from distance, it had to raise eyebrows, with all due respect to Ball and how hard he worked and drastically improved his technique and effectiveness from beyond the arc.

To that end, the Pelicans filled a need, drafting Virginia’s Trey Murphy III in the first round, 17th overall, in Thursday night’s NBA Draft.

Most importantly, Murphy, a 6-9 forward, can shoot. He nailed 43 percent of his attempts from 3-point range for the Cavaliers, a solid ACC program, last season.

At 21, Murphy is NBA-ready, with three solid years of college basketball experience under his belt in an excellent, well coached program.

Murphy started his college career at Rice, playing two years with the Owls, before transferring to Virginia. For his college career, Murphy converted 40 percent of his 3-point attempts and shot 82 percent from the free throw line.

While not thick, Murphy can affect shots while getting his shot with a 7-foot-1 wingspan.

There is a lot to like with the pick.

After trading a second-round pick to Portland for a future second round pick, New Orleans addressed the defensive end of things by choosing Alabama small forward Herb Jones with the 35th overall pick.

Watching Jones play frequently, he competes hard, very hard on both ends of the floor and has natural leadership skills.

Like Murphy, Jones is an experienced, NBA-ready player who played all four years of college basketball with the Crimson Tide.

Like Murphy, Jones can play bigger than he is, a big asset on the defensive end of the floor, with a 7-foot wingspan.

With the coaching, leadership and experience of both players, the Pelicans also addressed toughness and I.Q. issues.

On the surface, it looked like a good night for the Pelicans, though it remains to be seen how both players will fit in initially on a roster bloated with forwards and hybrid guard/forwards who have NBA experience.