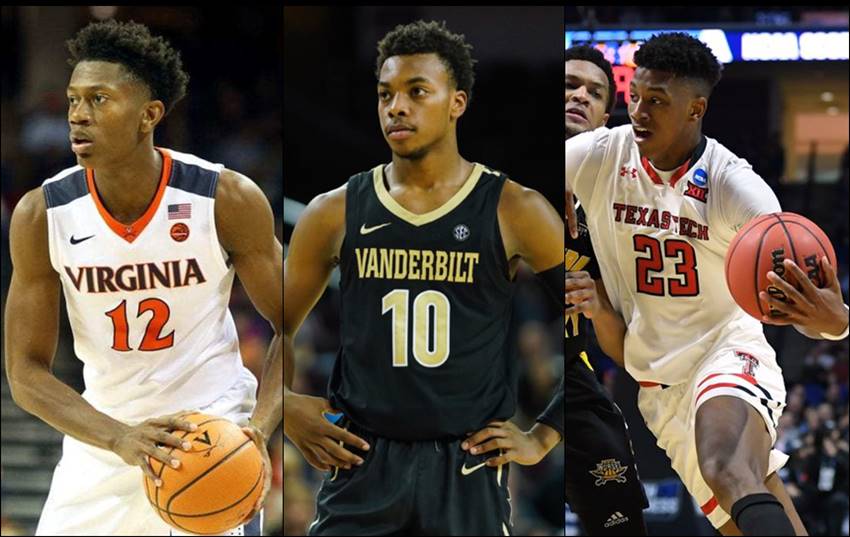 As the official coronation of Zion Williamson as part of Pelicans Nation is set to come to fruition later this evening, the rumor mill has ramped up about what New Orleans will do to surround Williamson with a team worthy of his skill with the ability to challenge for a playoff spot in the Western Conference immediately.

The Atlanta Hawks own three first round picks among the first 17 overall (No. 8, No. 10, No. 17). Would the Pelicans be willing to trade the fourth overall pick for two of those and acquire more assets to build with?

All along, it has been assumed that the Knicks will take RJ Barrett of Duke with the third overall pick. That is still likely, though Garland reportedly had an impressive workout which may give New York cause for pause. Then, there is the story today that the Knicks summoned fast-rising Koby White for a workout as well.

Should the Knicks surprise everyone and choose Garland or White, that would leave New Orleans with the ability to pick Barrett, a superb young athlete who happens to be very close friends with Williamson, no small consideration when looking ahead to future contracts.

Then, there is the possibility of New York trading spots with the Pelicans and acquiring another asset from New Orleans, perhaps a current player or perhaps one of the future No. 1 draft picks New Orleans obtained in the deal with the Los Angeles Lakers for Davis.

Pairing Williamson and Barrett is a very intriguing thought. Could it happen?

As for Garland being available with the fourth overall pick, while I subscribe to picking the best player available, do you want another young point guard when you have Lonzo Ball? Do you plan on keeping Ball?

If so, Garland to New Orleans would not make much sense.

Then, there is the report that the Hawks and Pelicans are interested in Kevin Love. Atlanta tried to trade the No. 8 and No. 10 picks to the Knicks for the third overall pick.

There is little doubt that Love is a good player but how good is he at this stage of his career?

Love will be 31 when the season starts.

He has missed 105 games in the last three seasons, including 60 a year ago.

In 22 games for a terrible team last season, Love shot just 41 percent from the field and 36 percent from 3-point range.

In Love’s first six seasons with Minnesota, he was the star, averaging over 20 points three times and averaging better than 26 points twice.

In Cleveland, he never approached those numbers but was not asked to do so as a third wheel with LeBron James and Kyrie Irving.

He has won an NBA championship. The Pelicans surely need another solid veteran to compliment Jrue Holiday with what will be a very young team, otherwise.

Love is and always has been a very good rebounder, leading the league in that department once (2010-11) and averaging 11.3 boards per game over his 11-year career. He shoots nearly 83 percent from the free throw line.

The Pelicans got good mileage out of Rajon Rondo for one season and even that year was injury-plagued. Would Love be more of the same?

As a power forward, Love would take minutes from Zion Williamson. Of course, he could play the center spot but would have matchup problems with big, athletic centers and certainly provides no rim protection.

David Griffin knows Love extremely well from the days with the Cavaliers. Does he still value Love that much to make such a deal?

Love recently signed a four-year contract with Cleveland so that is no concern, as far as retention of the player on a long-term basis.

Cleveland would love to make such a deal in their start-over mode. It would give the Cavs the fourth and fifth overall picks tonight.

After picking Williamson, Griffin has much to consider this evening. The Pelicans own the 39th pick (second round) as well. Would one of the LSU players possibly figure in the mix (Tremont Waters, Naz Reid)? Both play positions that are not needs, considering the presence of Williamson and Ball on the roster. The possibility of an International player being that pick exists as well. Luka Saminic and Deividas Sirvydis could well be on the board then. A seasoned player like Admiral Schofield of Tennessee or a prep star like Jalen Leque could be considered as well.

Then, there is the 57th pick overall which belongs to the Pelicans.

Of course, New Orleans could use either or both of their second round picks as bait in a trade as well.

Would you pick Garland for value? Do you like De’Andre Hunter enough to select him fourth overall? Do you feel Jarrett Culver is good enough to add to the mix at the shooting guard spot? Will Barrett slip to the fourth pick?