The “E’s” have it for the New Orleans Pelicans, who had their Media Day Monday and start training camp this week.

While there are a host of good players returning including CJ McCollum, who has officially signed a contract extension to keep him in New Orleans for four years, all eyes are on Zion Williamson.

The young star, on the verge of becoming a superstar, missed the entire 2021-22 season with a persistent foot injury.

That came after an awkward Media Day where, in football terms, the ball was fumbled by those speaking, both player and primary front office personnel, regarding the health of Williamson and his availability for that season.

At different intervals of the season, Williamson was said to want out of New Orleans, was said to be vastly overweight and was said to be wanting to play and that the organization did not want to play him.

Whatever the case was and is, those thoughts and rumors are dead and buried.

Williamson is alive and well, ready to play basketball, to be where he belongs, on the court and wreaking havoc on opponents with his explosiveness and rare strength.

The young superstar said he had never dealt with a layoff such as the one he just experienced.

“That’s a long time without playing the game,” Williamson said. “My excitement level is through the roof. I’m just ready to get back on the court.”

Williamson will be playing for the first time with McCollum, Herb Jones, Trey Murphy III, Jose Alvarado, Jonas Valanciunas and Larry Nance Jr. but he feels the transition and bonding will be seamless.

“I think it’s going to be really easy for me to fit in with my teammates because they play the game the right way,” Williamson said. “Nobody’s selfish, everybody wants to see each other succeed. There are things we are going to have to learn. From watching film, I think it is going to be an easy fit.”

McCollum said he had a peaceful summer, changing a lot of diapers, and is pleased with his extension and pleased to be a Pelican. 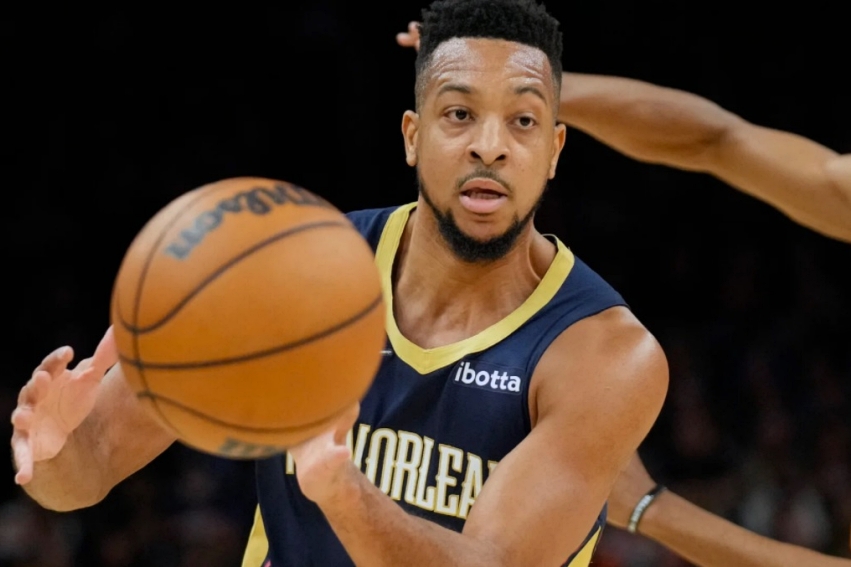 Veteran guard stresses his commitment to the franchise and its future.

Second-year head coach Willie Green was nothing but smiles.

“We’re excited,” Green said. “No matter what obstacles we faced last season, the guys were pretty resilient. They stayed together, they stayed connected. I can see the bench going crazy or each other.”

With a ton of scorers, including Williamson, Brandon Ingram, McCollum and Valanciunas, among others, Green sees the offensive potential of this season’s squad as being huge.

“That’s the fun part of basketball, having a number of guys that can score 20-plus points on any given night,” Green said. “For them, understanding the balance of it. There’s going to be some nights where it’s your night. There will be nights where it will be one of your teammates. For me and our staff, that’s extremely exciting.”

The Pelicans and Green are far more advanced than they were heading into training camp this year.

“I have a better grasp on how I want to start camp, a better grasp on the players that we have because pretty much, we have the same team so I think we can be more advanced on some of the things that we’re running on both ends of the floor,” Green said. “It will be, once again, a learning experience.”

Brandon Ingram matured as a player a year ago, becoming a more well-rounded player and star as he and his team matured into being ready to be a contender.

“The mentality is always to win,” Ingram said. “The expectation is to win, especially for our team. We’ve always kind of believed in each other and what we’re doing. The expectation for us is ultimately to bring a championship to New Orleans.”

Ingram knows that it will take time to adjust to having Williamson on the floor.

“It will definitely be a feeling out process,” Ingram said. “It’s been a while since we’ve played with each other. It’s going to be a little different. Until we get out there on the floor and hopefully during preseason, we can get it together.”

Executive Vice President of Operations David Griffin spoke of how Brandon Ingram made a long commitment to the organization, followed by Valanciunas signing and Williamson agreeing on an extension last summer and now

“I think what’s happened over time is that people are starting to realize the commitment that Mrs. Benson and her ownership team has made to this and more and more people want to be part of it,” Griffin said. “Coach Green is building something powerful here.”

McCollum summed up the overall, overarching feeling of the day for the franchise.

“All in all, I think our future’s bright and we have a chance to lot of special things once we come together,” McCollum said. 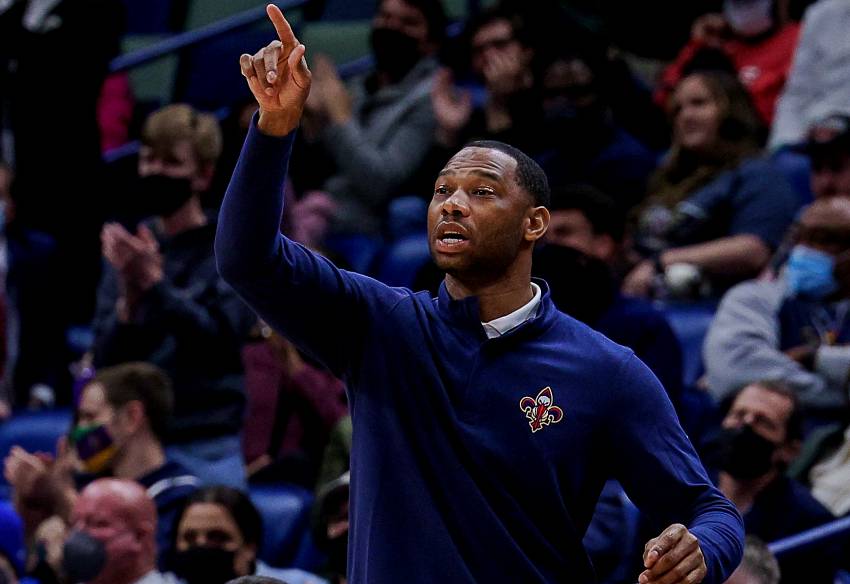 Top New Orleans executive and second-year head coach addrressed the media at team headquarters Monday ahead of the start of training camp.