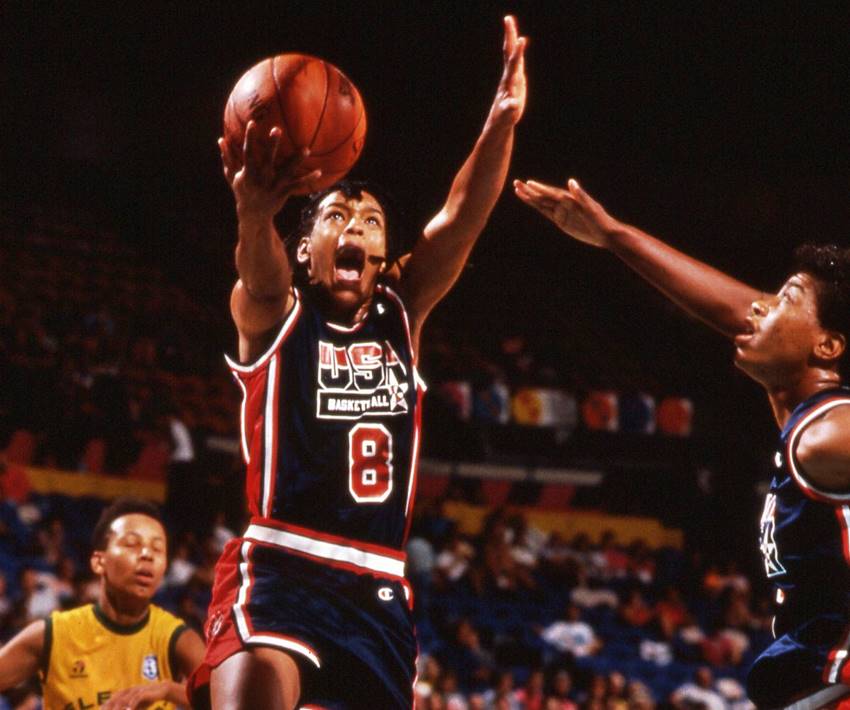 The New Orleans Pelicans are adding a newly enshrined basketball hall of famer to their payroll.

The 53-year-old who starred at Louisiana Tech on a national championship squad and later served as her alma mater’s women’s basketball head coach also won a multiple Olympic gold medals with Team USA. Weatherspoon enjoyed a stellar pro career as a player in the WNBA and overseas.

The Naismith Hall of Fame inducted Weatherspoon this summer.

NEW ORLEANS – The New Orleans Pelicans announced today that the team has added AJ Diggs and Teresa Weatherspoon to Head Coach Alvin Gentry’s coaching staff as two-way player development coaches. Diggs and Weatherspoon will work closely with the team’s two-way players and will accompany them to and from their transfers to the Pelicans’ G League affiliate, the Erie BayHawks.

Prior to landing in New Orleans, Diggs had coaching stints in the NBA G League with the Maine Red Claws, Austin Spurs and most recently, Raptors 905, where he was a member of Jerry Stackhouse’s staff that captured the NBA G League Championship in 2017.

A native of Long Beach, Calif., Diggs was a four-year letter-winner at the University of California-Berkeley, appearing in 116 career games for the Golden Bears. After a brief playing stint in the NBA G League, Diggs returned to school, earning his MBA from Loyola Marymount. Upon graduation, Diggs worked as a coach and in the recreation field in California, helping found Elite Skills Academy and serving as the director of basketball operations for Athlete’s Performance.

Most recently, Weatherspoon served as the Director of Player and Franchise Development with the WNBA’s New York Liberty for the previous four seasons. Prior to her time in the Liberty front office, Weatherspoon was the head coach at her alma mater, Louisiana Tech University, from 2009-14, leading the Lady Techsters to a 99-71 (.582) record over six seasons, making consecutive trips to the NCAA tournament in 2010 and 2011, and winning the WAC tournament in 2010. She initially joined the women’s basketball program at Louisiana Tech in the 2008-09 season, serving as associate head coach after serving as the head coach of the Westchester (NY) Phantoms of the American Basketball Association during the 2007-08 season.

After a collegiate playing career at Louisiana Tech from 1984-88, where she helped lead her team to the 1988 NCAA National Championship during her senior campaign, Weatherspoon embarked on a 16-year playing career, beginning overseas with stops in Italy, France and Russia from 1988-1996, then joining the New York Liberty from 1997-03, and finishing her professional career as a member of the Los Angeles Sparks in 2004. In 254 career regular season games in the WNBA, Weatherspoon averaged 5.0 points, 5.3 assists, 3.1 rebounds and 1.8 steals while earning multiple accolades along the way, including back-to-back Defensive Player of the Year awards in 1997 and 1998, four consecutive All-WNBA Second Team nods from 1997-2000 and five straight All-Star appearances from 1999-2003. At the conclusion of her career, Weatherspoon was named one of the WNBA’s top 15 players of all time in 2011 and was a member of the WNBA Top 20@20 list in 2016. A 2010 inductee into the Women’s Basketball Hall of Fame, Weatherspoon was recently enshrined into the Naismith Memorial Basketball Hall of Fame in Springfield, Massachusetts as part of the 2019 class.