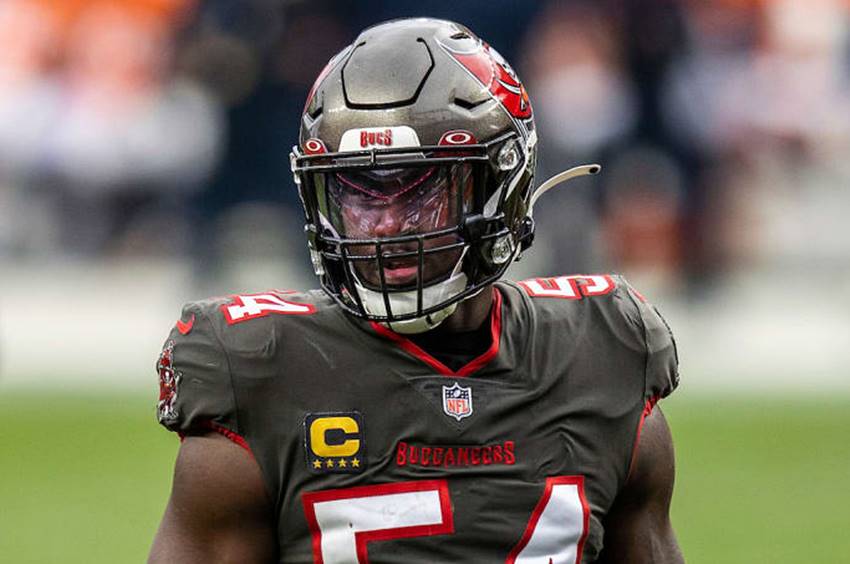 Tampa Bay brings a strong overall roster to New Orleans for the NFC Divisional Round matchup with New Orleans.

Saints head coach Sean Payton notes a couple of areas of strength that will particularly challenge his team.

The Bucs feature distinguished veteran Lavonte David (pictured) and former LSU star Devon White on defense. The two form good a duo at linebacker as any in the NFL.

“Those are two real good players,” Payton said. “They have good instincts. They run well and they’re smart so it’s a challenging front. It’s a challenging defense. That tandem is outstanding.”

Payton has seen Tampa Bay’s improvement offensively, particularly in the passing game since losing to the Saints 38-3 on Nov. 8.

“I think they’re playing well down the stretch and I think you’re seeing a combination or a hybrid, whatever you want to call it. It’s this year’s Tampa offense and I think what you are seeing is the timing, the down the field throws and I think they’re operating as efficiently as I’ve seen yet this year. Antonio (Brown), you can see the deep shots to him. I think Tom’s (Brady) throwing it outstanding.”

Payton pointed out an area when the Buccaneers have been lethal.

“They’re No. 1 in the league in second half scoring differential,” Payton said. “In other words, they’re first of 32. Obviously, this is going to be a game decided through four quarters, not in the first or second or even third quarter. Finishing will be important for both teams. They’ve don a really good job at that, particularly in the second half.”

As far as having to play and defeat a familiar division opponent for a third time in the same season, Payton is not surprised.

While the return of Michael Thomas last week in the playoff win against the Bears was huge, another big addition was the return of Deonte Harris.

Aside from making All-Pro as a return man in 2019, Deonte Harris has emerged as a threat in the receiving game for the New Orleans Saints.

Against Chicago, Harris led the Saints with a career-best seven catches for 83 yards and he returned three punts for 22 yards.

“He’s someone that has good instincts and the trick is how do we get him the ball in space quickly,” Payton said. “I think when we’re able to do that, often times, he can make the first guy miss. There are some skills and he’s a pretty savvy player. He understands the game and leverage and that helps a lot.”

“True to himself better be in line with the team,” Payton said. “That’s important. It’s not okay if you’re drawing personal fouls and I think that’s something that he’s been good at. He understands where the line is and he has to because everyone’s counting on him.”