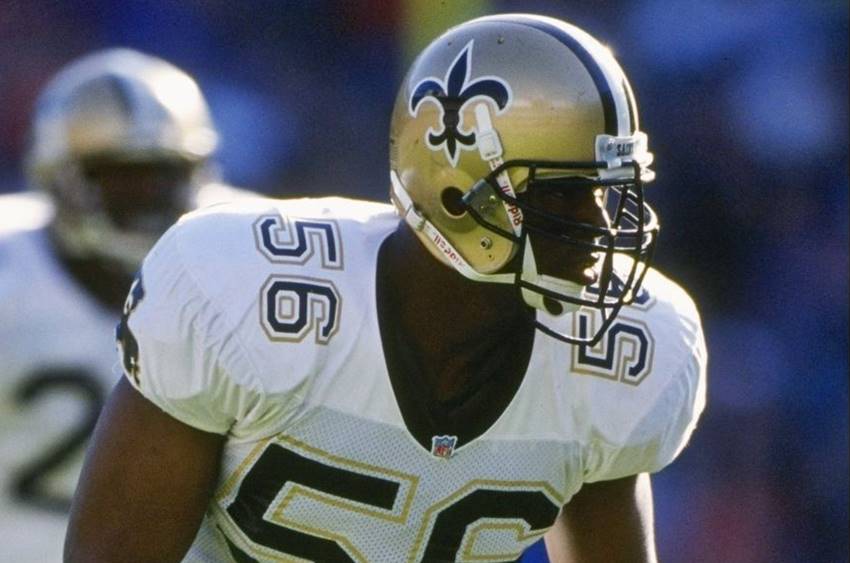 Saints Hall of Fame inductee Pat Swilling will appear at the Saints Hall of Fame Museum to sign autographs and take pictures with fans Monday evening from 4 to 5:20 prior to the New Orleans Saints season opener with the Houston Texans.

A third-round draft pick of the Saints out of Georgia Tech in 1986, Swilling went on to make four consecutive Pro Bowls from 1989-92 as a member of the famed Dome Patrol, recognized by NFL Network as the best linebacker corps in NFL history.

Swilling ranks third in franchise history with 76.5 sacks in his seven seasons with the Saints. He finished his career with 107.5 sacks. With New Orleans, Swilling recorded 10 or more sacks in four of his seven seasons. He had three interceptions, forced 24 fumbles and recovered seven fumbles. Swilling was part of the first four playoff teams in franchise history (1987, 1990, 1991, 1992).

The Saints Hall of Fame Museum is located at Gate B on the Plaza Level of the Mercedes-Benz Superdome. The museum opens two hours prior to game time on game days and is open for 45 minutes following each home game free of charge to those with tickets to the game.

The museum is available weekdays by appointment only at a cost of $10 for adults, $5 for seniors, children under 12, military and groups of 10 or more.