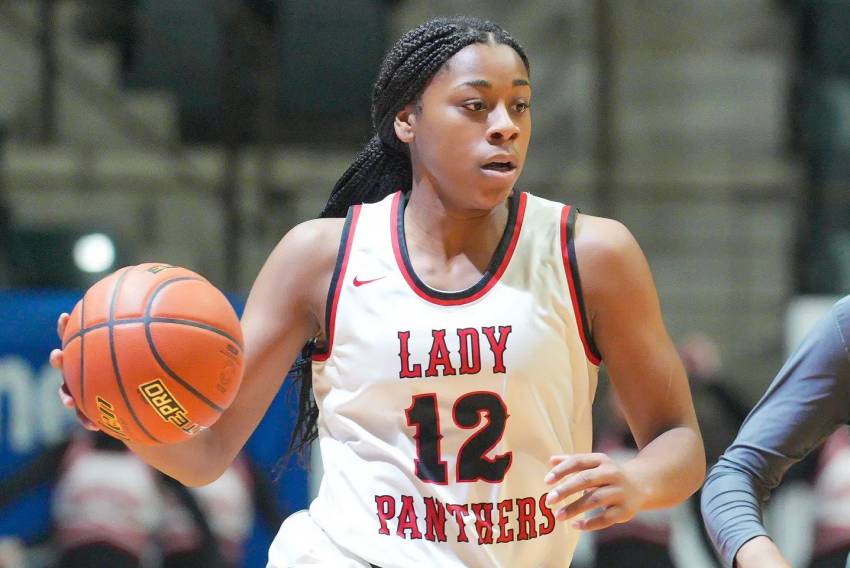 BY JIMMY WATSON
Written for the LSWA

The 6-foot-1 junior guard joins Alana Beard of Southwood, Tarkeisha Wysinger of Many, Lulu Perry of Benton and Tiara Young of Evangel/Walker as winners of the prestigious award from Shreveport-Bossier area schools since the award’s inception in 1996. Young played three seasons at Evangel before playing her senior season in the Baton Rouge area.

Williams averaged 22.8 points, 8.0 rebounds, 3.7 assists and 2.2 steals per game for her 32-2 team, which advanced to the LHSAA Class 5A championship game last month. She was named the LSWA’s 5A All-State MVP after earlier winning Louisiana Gatorade Player of the Year recognition and being selected the only junior finalist for Naismith National High School Girls Player of the Year by the Atlanta Tipoff Club. That honor went to UCLA signee Kiki Rice of Washington, D.C.

Unstoppable in one-on-one situations on the perimeter or in the paint, Williams is considered the top 2023 women’s basketball recruit in the country by HoopGurlz and ProspectsNation.com.

Williams is the best overall player Louisiana has produced in years, according to Louisiana Girls Report owner Kris Goff, who annually ranks the top players in the state to promote the sport and as a service to college coaches.

“When you combine her size, skill set and work ethic, you get a special talent,” said Goff in an earlier interview. “I’ve watched her grow since the eighth grade and she’s always stood out. But the most impressive thing is she’s consistently gotten better year after year. Her and her family’s commitment to all the unseen hours of practice and hard work when no one else is watching is what has given her the opportunity to be one of the best players in the country. The best of Mikaylah Williams is yet to come.”

The one-time UL Lafayette softball commitment also plays softball and competes in track and field for the Lady Panthers. Williams maintains a 4.0 GPA and has scored more than 1,650 points in her high school career. She led the U.S. to a gold medal in the Under-18 3-on-3 World Cup in Hungary last summer.