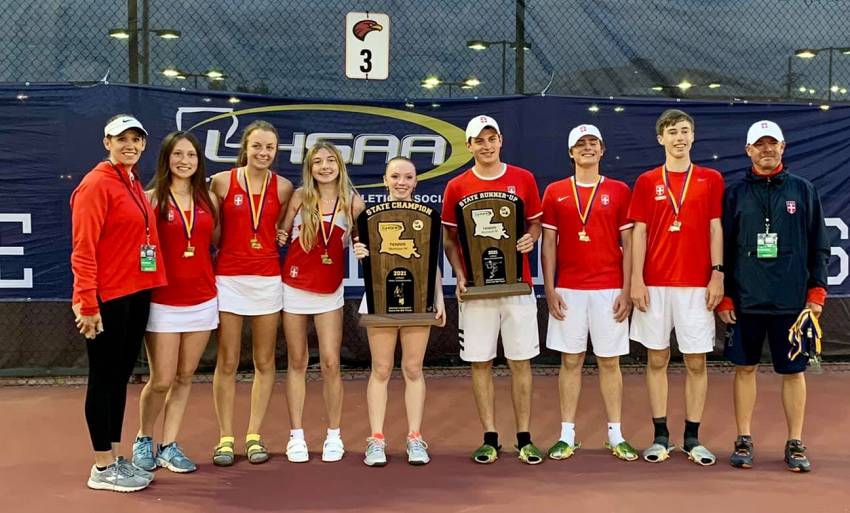 All 15 high schools in St. Tammany Parish have tennis programs and a few of them shined brightly at the recent LHSAA State Tennis Championships held at Heard Stadium on the campus of ULM.

In Division I Girls, Mandeville freshman Natalie Devraj won the singles and claimed the state title. Throughout the tournament Devraj was never challenged. She went 6-0, 6-0 in the first two rounds, then in the Quarterfinals she went 6-0, 6-2. In the Semifinals she won 6-1, 6-1 and in the Finals she again dominated 6-2, 6-0. 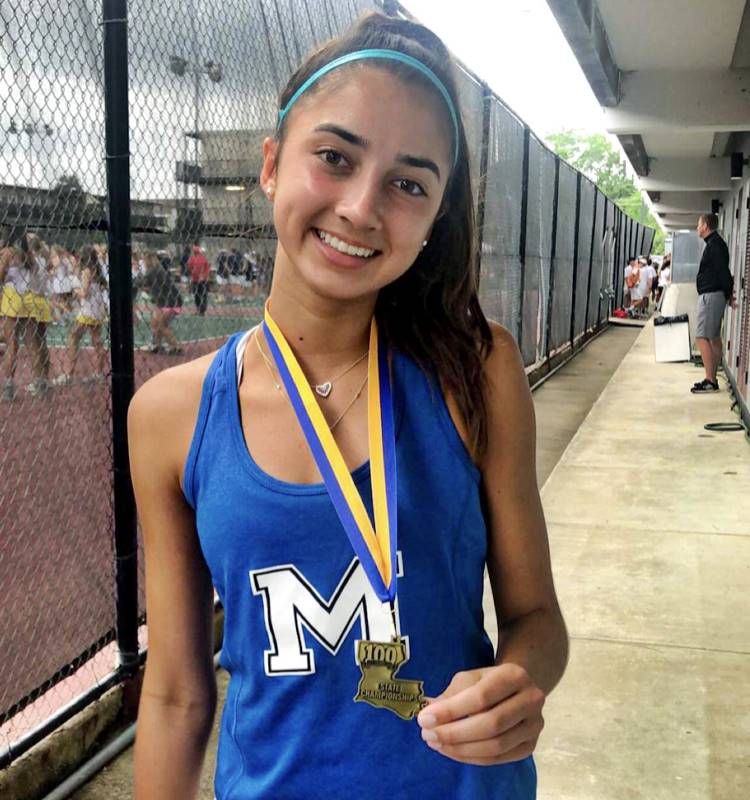 Devraj also won the Division I Regional tournament for region 3, that was held at Pelican Athletic Club in Mandeville hosted by St. Paul’s High School.

The Mandeville High girls and boys both placed third in the team scoring for Division I. 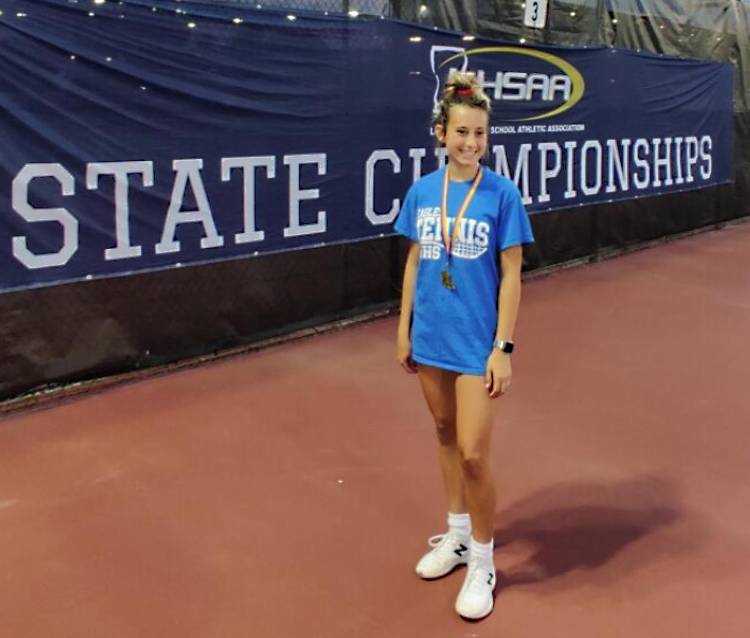 Scharfenstein, a junior at FBCS, was able to make it through the first three rounds without being seriously tested winning the first round 6-0, 6-0, the second round 6-2, 6-0 and the Quarterfinals 6-2, 6-3. That changed when she faced seventh-grader Avery Lewis of Christ Episcopal. Scharfenstein was able to get by Lewis 6-4, 6-3 to move to the Finals where she would face even stiffer competition from sophomore Brooke Powers, a teammate of Lewis. Powers pushed Scharfenstein in a serious battle but Scharfenstein was able to claim the state title, 7-6, 6-4, with Powers earning state runner up honors. 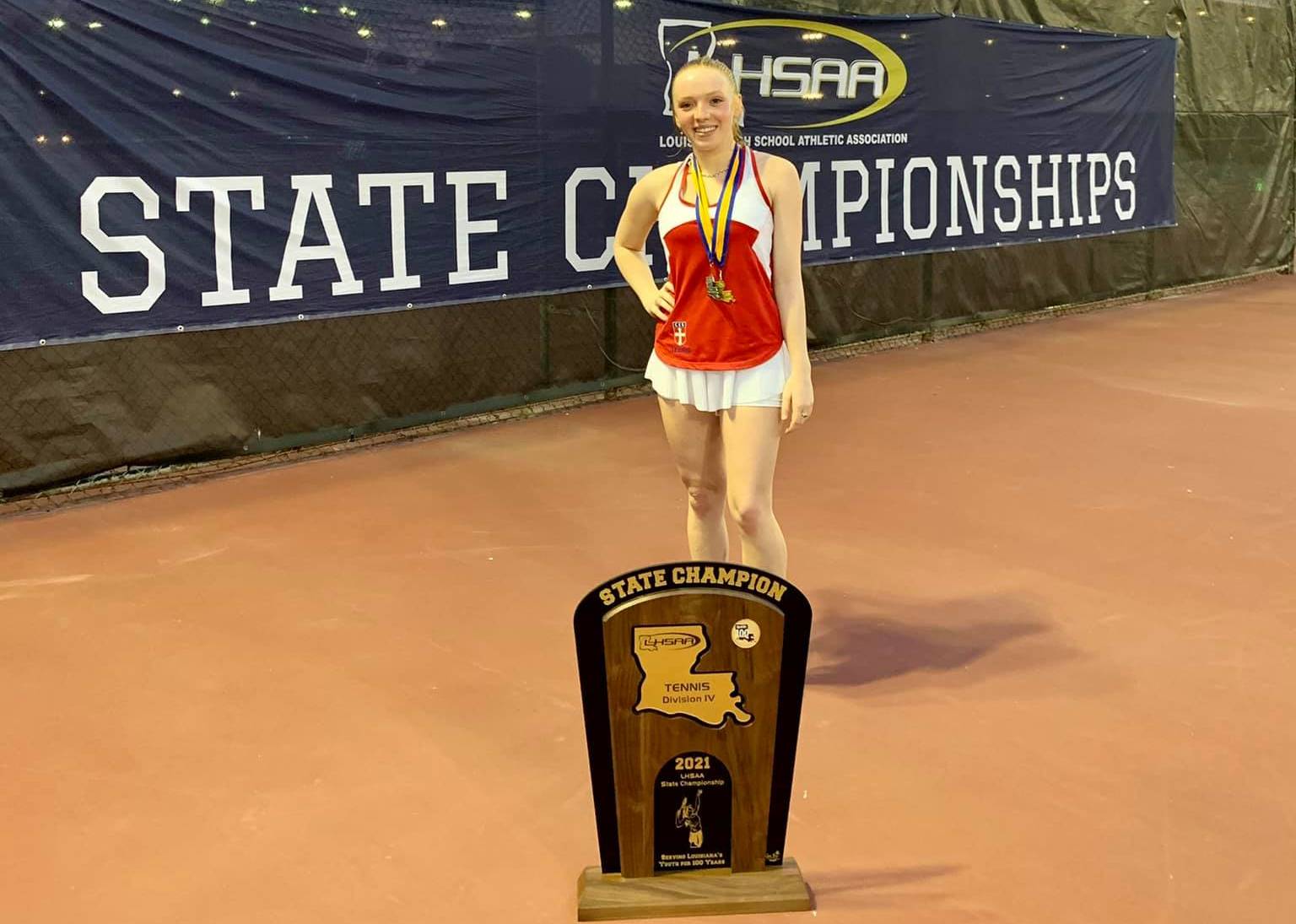 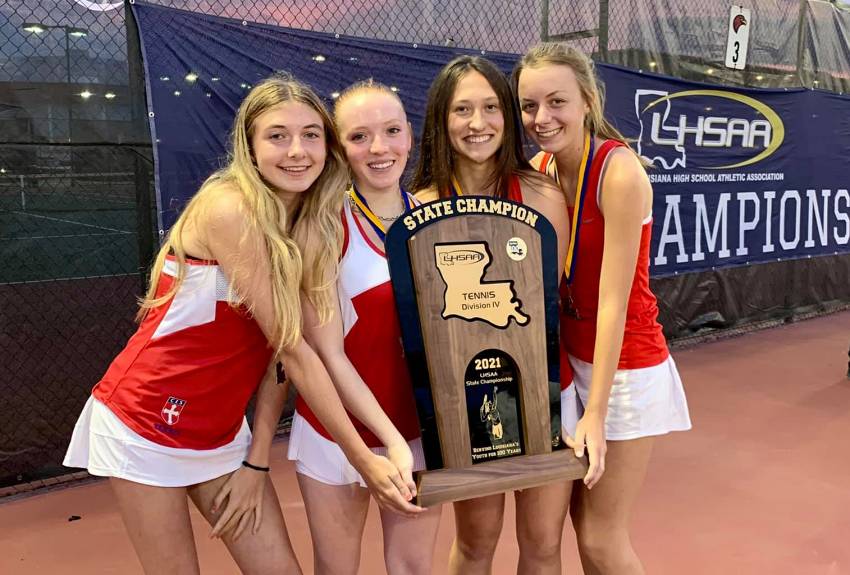