On Guard: LSU’s Chasen Hines and Ed Ingram back with plenty to prove 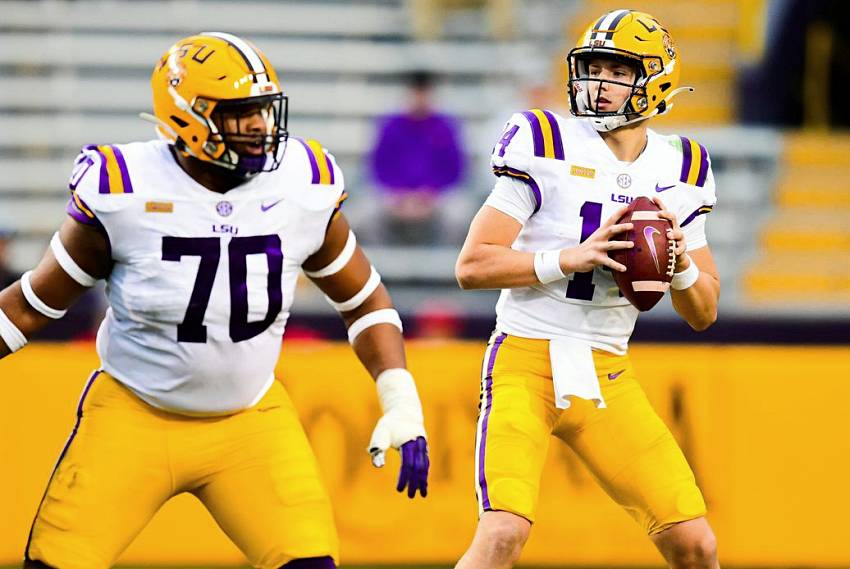 LSU head coach Ed Orgeron made no secret how vitally important it was for the Tigers to bring back their entire starting offensive line, all of which had an opportunity to move ahead to professional opportunities in their football lives.

The senior offensive guard tandem of Chasen Hines and Ed Ingram solidifies the middle of the LSU offensive line, an area where you can least afford pressure from the defense. Both are convinced it was the right decision to return.

“I saw the talent we had coming back, the new staff,” explained Hines, “I didn’t have a good place in my heart leaving at 5-5 (LSU’s 2020 record). This university deserves more. It’s a personal goal coming back knowing that we have the talent to win another National Championship. That’s our mindset.”

Ingram has 28 starts under his belt as a Tiger. He was projected to be among the top guards selected in the 2021 NFL Draft but chose to return and restore the glory of the 2019 season.

“We can show people that we can be the type of offense again and even better. We still have some stuff to work on. This offense has big play ability,” Ingram explained.

During spring drills, the offense just scratched the surface of its capabilities under new coaching leadership from the newly-budding Joe Brady coaching tree.

“We have a lot of offense still coming,” declared Ingram. “New protection, new plays, we just put in the basics. We have a lot in store for next season. You all are in for a show when the season arrives.”

The new architect of the schemes, offensive coordinator Jake Peetz, seems to be pushing the right buttons.

“He stays with the leaders on the offense,” Ingram continued. “He has a lot of energy. He ran in our ( offensive ) room and flipped the table to get out attention. He gets everybody pumped up.” 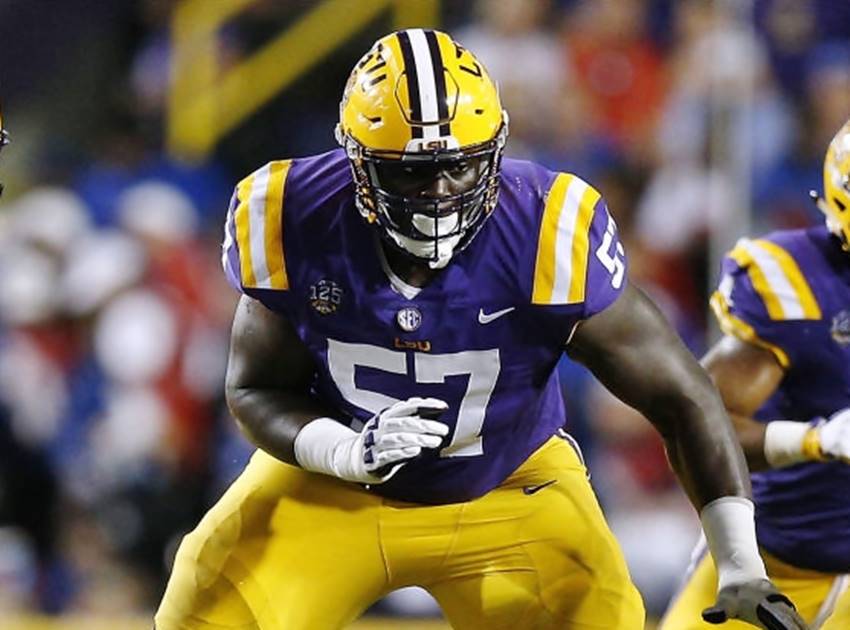 Hines, a Marshall, Texas native, has focused on his technique and conditioning. After playing at 350 pounds, he feels a sleeker body will helped him to be more effective.

“I’ve been working on finishing (blocks), getting in the best shape I can be in. Conditioning has been a main focus. We compete on the O-Line as to who gets the most finishes. I want to be more aggressive. I’m 332 to 333 now, but plan to be at 315 to 320 this year.”

Hines also recognizes some similarities between this year’s edition and the 2019 title team. Orgeron made some important moves that he feels will pay dividends.

“It’s exciting to see new installs, a lot is from 2019, but we realize that we’re not that same team. We have to build our own culture. The energy is the same as when we won the National Championship. Coach O did a good job filling holes that we needed.”

With the right recruits and coaches, a program on LSU’s level believes it can make big things happen in a hurry.

“I feel like we made the right decisions as a program, hiring Coach Peetz,” Hines said. “Since day one he has become my favorite coach. I can come to him with anything off the field, on the field. He pushes me to be a better leader. Since he’s been here, I see the impact he’s had on my career.”

Iron sharpens iron, and Ingram understands the importance of camaraderie and competing everyday to turn potential in production when it counts.

“We feed off of each other, the energy,” Ingram said. “One week the defense gets it and the following week we’re going at it again. We may get beat one day, but we’re all one team.”

There’s major optimism for a much improved Tigers defense as well. In the daily competition during spring and entering fall, a few teammates have drawn Ingram’s attention.

“Neil Farrell and Maason Smith. I’m going against those everyday and they are always giving me problems,” Ingram echoed the sentiments of other observers this spring regarding the talent on the defensive line and the interior in particular.

Seemingly, an overlooked and underappreciated player has made a strong bid for a starting role during recent spring drills. He also happens to be a former offensive lineman. Joseph Evans has impressed both coaches and teammates alike with his development at tackle.

“I call him the raging bull because of how hard he comes off the ball,” Ingram, a product of Desoto, Texas, said about Evans. “The entire offensive line knows that if you go against him, you have to stay low. He comes out of his stance very low. I went against him everyday. Joe gets off the ball pretty fast and has good reaction. He may be the best defensive tackle I’ve gone against. He’s making me better. He’s a dominant player. He’ll make it easier for me going against the competition I’ll be facing.”

The ultimate goal is to win, but the brotherhood on this year’s squad can be overstated.

“Everyone was closer in 2019,” stated Hines. “It was something missing (in 2020). We’ve had a year together now. We’re enjoying everyday. Just coming to work. It’s a positive mindset throughout the building. COVID had a factor. Now you can see who you can count on in the fall. When things get tough, we revolve around each other. This is the most unselfish team that I’ve ever been a part of since playing sports.”

LSU hopes talent and togetherness take them a long way in 2021.