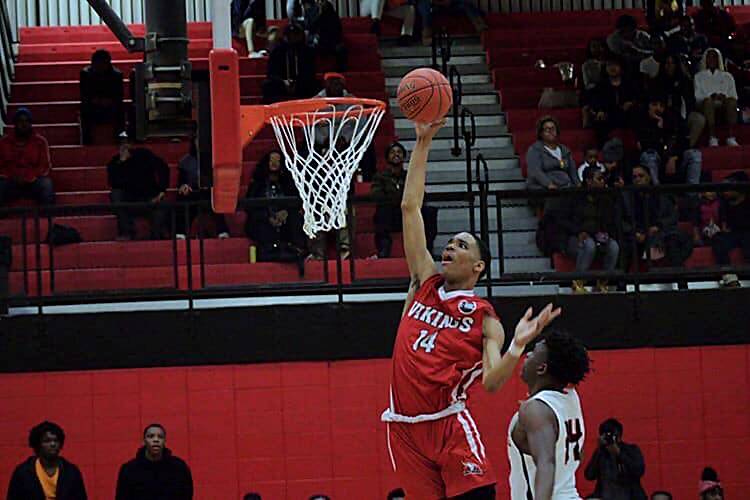 In three seasons at Normandy High School, the 6-7 wing played in 35 games and averaged 16.1 points per game, while pulling down 8.1 boards per contest. Henry made 49.1 percent of his shots from the floor, including 33.8 percent of his three-pointers and 62.9 percent of his free throws. He had two 30+ point games, eight games of 20+ points, and 15 double-doubles during his time as a Viking.

Before the start of this season, Omarion transferred to the prestigious Link First Year Prep in Branson, Mo. where he played under head coach Adam Donyes and further enhanced his basketball development, eventually earning a spot on Michael Porter Jr.’s Elite AAU squad.

HEAD COACH MARK SLESSINGER
“Omarion will bring an incredible athletic presence to our team. He is very versatile and should be able to play multiple spots for us. His time at Link Year Prep with Coach Adam Donyes greatly helped his development in being a college-ready freshman.”

“Omarion plays with passion and brings a ton of athleticism and energy to the floor. A team-first guy that is going to thrive under Coach Slessinger’s leadership. The authenticity, high standards of defense, and up-tempo pressure that UNO brings is exactly why I believe Omarion will thrive in New Orleans.”