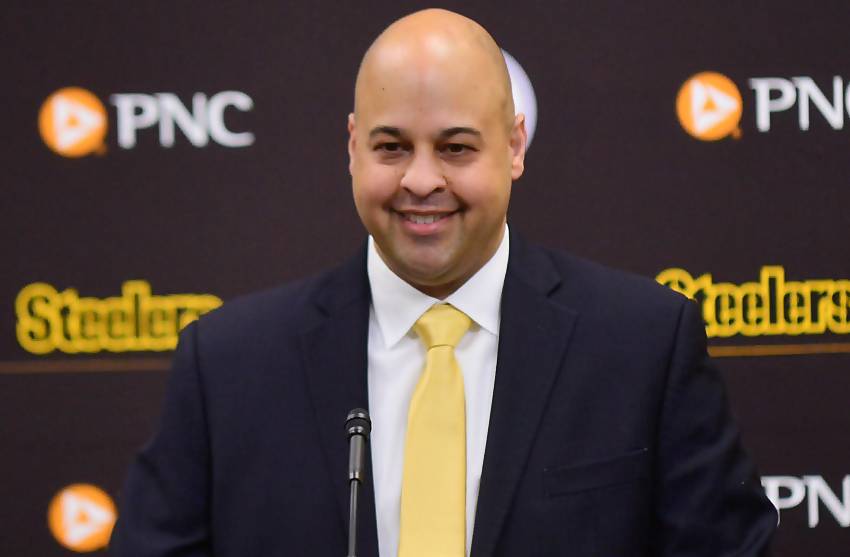 The dream has finally been realized.

After flirting with general manager opportunities with several other franchises, New Orleans native Omar Khan of the Pittsburgh Steelers finally got the chance he has coveted for years, promoted to general manager of the Steelers on May 25.

Khan shared his thoughts on finally getting his chance Saturday morning on The Three Tailgaters Show on NASH ICON 106.1 FM with Ed Daniels and me.

“It was an amazing feeling,” Khan said. “Obviously, when you go through this process, you’re confident and you’re hopeful. Sometimes it goes your way and sometimes it doesn’t. When Mr. Rooney called me in, we sat down and had a conversation about the job and the role and all the different aspects of the job and he offered me the job, I was trying to control myself but inside, I was extremely, extremely excited. It was a dream come true for me.”

Khan graduated from Archbishop Rummel and Tulane before staring his professional career in the New Orleans Saints organization.

“If I had it to do all over again, I would do it the same way,” Khan said. “Rummel, for me, was tremendous, the bonds that I formed, it was the right school for me. I loved every minute of it. I love New Orleans and Metairie and that community. For me, Rummel was truly special. I love the school. From day one, I fell in love with it.

Khan has similar fondness for Tulane.

“When I visited the campus, I felt like it was for me,” Khan said. “It was tremendous. Both Rummel and Tulane set the standard and laid the foundation for me. Born and raised in New Orleans, I’m proud to say that I’m a Rummel Raider and I’m proud to say that I’m a Tulane Green Wave. There’s a lot of great memories, friends and there’s a lot of love for that area. I make it back four or five times a year.”

Khan is the second NFL general manager who graduated from Tulane, joining Terry Fontenot of the Atlanta Falcons in that capacity. Both went to their current organizations after working for the Saints.

“Terry is a great, great person, a great general manager and I’m excited that we can hopefully represent the Green Wave proudly.”

Starting his professional career with the Saints, in his hometown was special as he received a call from Saints executive Chet Franklin to interview for an internship.

“I’ll never forget,” Khan said. “I got home from my parents’ house and I had a message on the answering machine. I’ll never forget that message. I grew up a Saints fan. My dad and I spent Sundays in the Dome watching the Saints during some fun times. To get the opportunity to go work for the Saints was a dream come true. I had four great years there. It was just a great experience. I felt when I left there I left as a more well rounded individual, both professionally and as a person.”

Khan sees similarities between the Steelers and Saints organizations.

“The Benson family was tremendous,” Khan said. “Mr. Benson was great to me when I was there. He really taught me a lot, spent some time with me and we had a great relationship. I’ve gotten to know Mrs. Benson through the years. She sent me a nice note the other day. The Rooney family here is one of the greatest sports families of all time.”

The stability in ownership, coaching, and the front office permeates both the Saints and Steelers organizations with the Benson family, the Rooney family, and with general managers Mickey Loomis and Kevin Colbert, along with coaches Sean Payton, Bill Cowher and Mike Tomlin.

“Obviously, it’s a rarity in sports but I’ve benefited from that,” Khan said. “It absolutely is a huge factor in success, having consistency. In this business, sometimes you have to ride the roller coaster to the top. We’ve done it here. I’ve been part of one ownership group since I’ve been here with two coaches and one general manager (Kevin Colbert).”

“I grew up a passionate Saints fan and I can tell you that being here for 20 plus years, the passion the fans here in western Pennsylvania and Steeler nation, it’s amazing,” Khan said. “They’re second to none. I’m so thrilled that I’m a part of it. I’ve bled a different shade of black and gold in New Orleans. Now, I bleed the Steelers black and gold here.”

The Saints will play the Steelers at Heinz Field on Nov. 13.

“I’m going to have you guys bring me some stuff from down there,” Khan said. “Kenny, you’re in charge of bringing the live crawfish up here. As soon as the schedule came out, I can’t tell you how many requests I got for that Saints-Steelers game. There’s going to be a lot of people from New Orleans coming up for that game, I’m sure it’s going to be fun. Knowing that Kenny’s coming up with that live crawfish, I’m sure I can host a crawfish boil. No excuses, Kenny, no excuses.”

Khan knows there will be excuses for not getting the job done in winning fashion for a storied franchise and he is comfortable with that responsibility. Knowing Omar well, there is confidence that his integrity, preparation and work ethic will accomplish the task, with or without crawfish at his disposal.