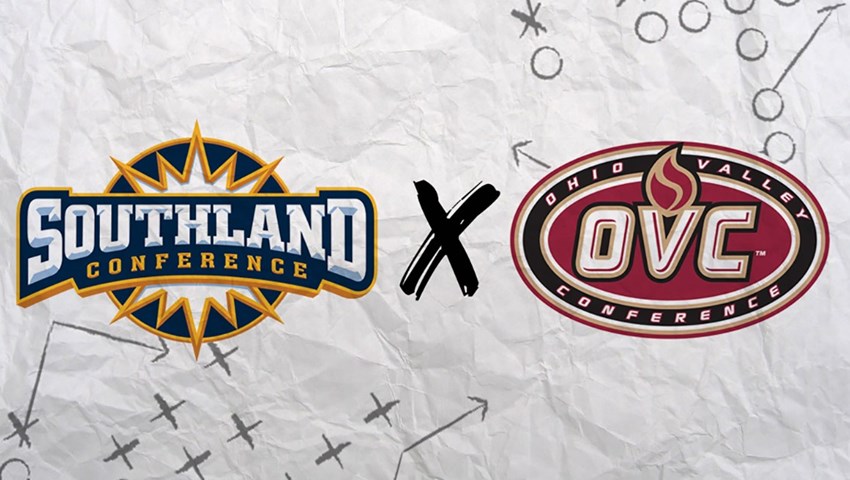 The planned collaboration will see institutions from each conference fill available non-conference dates on schedules in the next two years with a focus toward competitive balance and reasonable travel. In addition to providing quality Division I FCS non-conference matchups, the alliance will allow increased visibility, exposure and branding for each Conference. Both the OVC and Southland have longstanding ESPN broadcast agreements.

More specific details, including game matchups in 2022 and 2023, will be announced at a later date.

“Our Presidents, Chancellors and Athletic Directors have enthusiastically supported this alliance,” said DeBauche. “We are delighted to work together to promote one another and provide a quality student-athlete experience. This partnership strengthens not only both football leagues, but the FCS overall with quality non-conference matchups. Given the changing Division I landscape, this demonstrates ways that conferences can collaborate to support one another.”

“We greatly anticipate the possibilities of a beneficial partnership with the Ohio Valley Conference,” said Burnett. “The Southland presidents and athletic directors have found this to be an exciting competitive opportunity with their OVC peers, and we all look forward to some outstanding and meaningful FCS crossover games during the next two seasons. We all appreciate the strong level of interest and cooperation between our two leagues.”

The two Conferences have combined for four FCS National Championships and more than 100 playoff wins since the subdivision was formed in 1978. Additionally, the Southland has served as the host conference for the successful NCAA Division I FCS Championship Game in its home base of Frisco, Texas, since 2011.

About the Ohio Valley Conference
The Ohio Valley Conference was founded in 1948 and is in its seventh decade of competition, making it the eighth-oldest Division I athletic conference. Over its 73 years, OVC teams have garnered national championships in football along with national team or individual titles in the sports of rifle, cross country, track and golf. Over the past seven years the league has placed multiple teams in NCAA Championship fields in the sports baseball, men’s basketball, football and rifle. In the 1950s the OVC became a pioneer when Morehead State became one of the first non-traditionally Black mid-southern institutions to accept an African American student. Soon after the passing of Title IX legislation, the OVC began formulating plans for women’s athletics which began in 1977. The OVC has long been a national leader in sportsmanship and in 1995 implemented a first-of-its-kind Sportsmanship Statement, a policy that promotes principals of fair play, ethical conduct and respect for one’s opponent. The OVC has a multi-year media rights agreement with ESPN and well as a sponsorship agreement with Learfield IMG College.

About the Southland Conference
Founded in Dallas in 1963 and now in its 59th competitive season, the Southland Conference celebrates the academic and competitive achievements of its member institutions and their student-athletes. The league, based in Frisco, Texas, includes nine members in Louisiana and Texas, and sponsors 18 NCAA Division I sports, with NCAA Championships automatic berths in 12 applicable team sports. The league has won numerous national championships, including the 2020 NCAA Division I FCS title, and wins regularly in other sports in NCAA postseason play, including the 2021 Division I Men’s Basketball Championship. The Conference’s student-athletes perform exceptionally well in the classroom, as graduation rates and NCAA Academic Performance metrics are at all-time highs. Further, all current Southland athletic programs qualify for the new NCAA Academic Performance Fund. The league also features a newly-expanded agreement with ESPN Networks, broadcasting hundreds of competitions each year, and is represented in the national corporate sales marketplace by Van Wagner Sports and Entertainment.