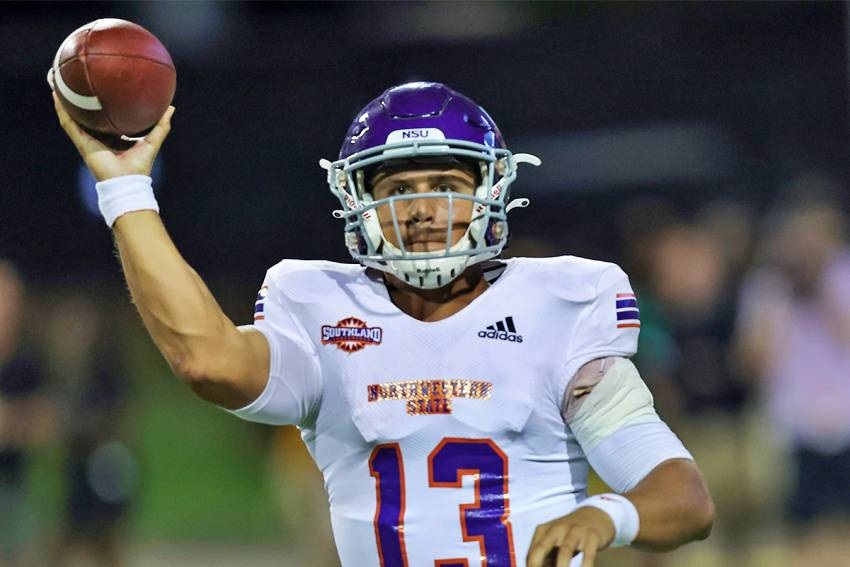 Clement led the Demons to a 35-27 win over Lamar in their Southland Conference opener after throwing for 366 yards on 28 of 49 passing to go along with three touchdowns. He also rushed for 53 yards and a score as the Demons picked up their first win on the season. His passing total was the seventh-most in school history and the 419 total yards ranked as the second-most in a game by a Demon QB at Turpin Stadium.

Woodard recorded a season-high eight tackles, including a 10-yard sack, recovered a fumble and was credited with a quarterback hurry in ULM’s 21-17 victory over the Ragin’ Cajuns in the team’s Sun Belt Conference opener. The win snapped a four-game losing streak against their rival. After surrendering touchdowns on the Ragin’ Cajuns’ first two possessions, ULM allowed only one field goal over the next 12 drives and pitched a shutout in the second half. The Warhawks limited the Cajuns to 86 rushing yards on 38 attempts (2.3 yards per carry). With his eight stops, Woodard surpassed the 250-career milestone for tackles and currently ranks tied for 16th among active NCAA Football Bowl Subdivision players with 255 career tackles.

Smith accounted for five of the Cowboys’ points in Saturday night’s 32-17 win over Mississippi College to notch the team’s first win of the season. The freshman transfer from Ohio State connected on a career-long 42-yard field goal while also making both PATs. Five of his six kick-offs went for touchbacks. For the season, Smith has had only one kick-off returned in 17 kicks with the other 16 going for touchbacks.

Players for the weekly LSWA awards are nominated by school sports information directors and the ballot is voted on by a panel of LSWA sports writers.