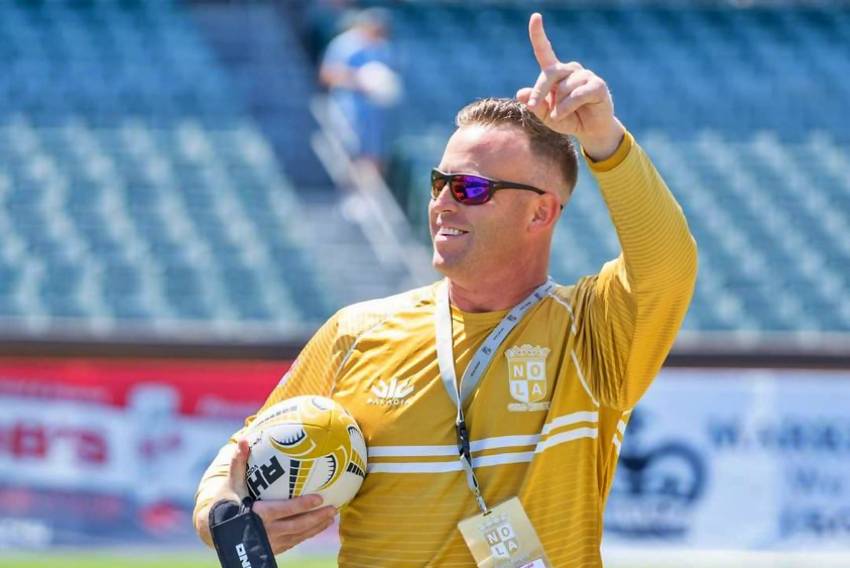 NOLA Gold Friday announced that Ryan Fitzgerald has agreed to a five-year contract extension as the General Manager of the Gold, The Major League Rugby franchise for New Orleans.

“Ryan’s dedicated hard work since the very beginning of the Gold and MLR greatly contributed to our success,” said team owner Tim Falcon.

A Wisconsin native and a US Marine Corps combat veteran, Fitzgerald set his roots down in New Orleans shortly after completing his military service. A long-time club rugby player, he was selected to manage NOLA Gold from its inaugural season in 2018, building the team and its team culture from the ground up.

“I look forward to our continued success on and off the pitch and growing the game of rugby here in Louisiana,” Falcon said.

“The growth and development of Major League Rugby has been nothing short of phenomenal and making sure the NOLA Gold is right there in that number as part of it motivates me every day,” said Fitzgerald, “The journey continues, and I could not be more proud of this team, the people behind it, the fans who propel us and the culture we have built here together. It’s a great day to be alive!”

About NOLA Gold Rugby
NOLA Gold is a professional Major League Rugby team based in New Orleans. Founded in 2017, NOLA Gold strives to deliver an exciting on-field product and great fan experience, all while providing an aspirational destination for young rugby athletes and rugby fans. Our mission is to grow the game of rugby by partnering with clubs throughout the region in order to lead and expand the development rugby in the southeast. We remain dedicated to developing local, national, and international talent to a worldclass level of play and professionalism. For more information, visit nolagoldrugby.com.