No asterisks deserved for pro seasons completed this year 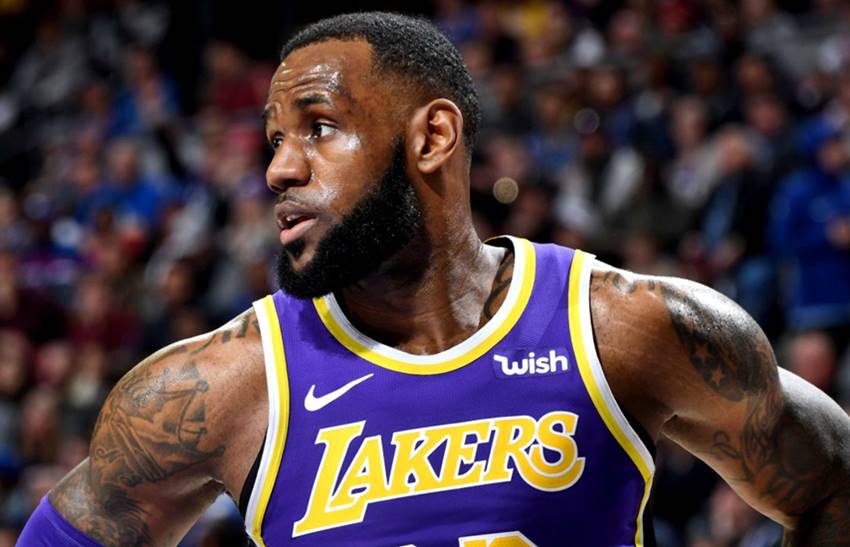 In the world of sports, it is the equivalent of a Scarlet Letter.

To have an asterisk attached to any accomplishment on the various playing fields provides a connotation of omission, of even being tainted.

The discussion about asterisks in sports has once again reared its ugly head in the midst of the COVID-19 pandemic this year.

Most times, this has occurred when sports seasons have been shortened for various reasons.

The same numbers rang true in the 1919 season. The Cincinnati Reds won the World Series over the White Sox in a series that would infamously become known for the “Black Sox” scandal, resulting in players on the Chicago team being banned for life for allegedly fixing games in the series.

In 1972, there was the first player strike which cost teams six or seven games, depending on which team you were. Teams played 155 or 156 games, rather than 162. The Oakland A’s won the World Series, the first of three straight World Series titles.

In 1981, another player strike resulted in a split season with first half and second half champions. The strike cost teams over 50 games that season. The Los Angeles Dodgers emerged victorious in the World Series.

In 1994, there were contentious negotiations over the Collective Bargaining Agreement and the Players Union stood firm, resulting in a work stoppage. Teams played 113 to 117 games. This was the worst of all, resulting in the cancellation of the remainder of the season after August 11. There was no World Series, no champion.

The strike carried over into the 1995 season, resulting in the cancellation of 18 games, resulting in a 144 game season. The Atlanta Braves claimed their first World Series title since the franchise moved from Milwaukee.

The NHL had work stoppages.

In 1919, the season was played but the Stanley Cup final pitting Montreal Canadiens, who were the NHL champion, against the Seattle Metropolitans, the PCHA champion, was stopped with the series even at 2-2 with a tie. The sixth game was canceled and no conclusion was reached due to an outbreak of the Spanish Flu.

In the 1994-95 season, there was a player lockout by owners. The season was shortened from 84 to 48 games. The New Jersey Devils swept the final over Detroit to claim the Stanley Cup.

Of course, the most notable lockout was the 2004-05 season, which was not played at all with no Stanley Cup awarded.

In the NFL, the first strike occurred in 1982, when a total of seven games were canceled with teams playing nine of the 16 scheduled games. Rather than 10 teams making the playoffs as scheduled, 16 teams advanced to the postseason. Washington won the Super Bowl, beating Miami.

In 1987, a player strike resulted in the NFL employing replacement players for three games, all of which counted in the standings. As a result, only one game was missed in the midst of a 15-game season. Of course, the New Orleans Saints enjoyed their first-ever winning season and playoff appearance. Washington won the Super Bowl over Denver as Doug Williams became the first African-American quarterback to capture a Super Bowl title.

In the NBA, there have been two abbreviated seasons.

There was a lockout in the 1998-99 season and the season was shortened to 50 games. San Antonio defeated the Knicks in five games for the championship, the first title following the Chicago Bulls dynasty of Michael Jordan which ended the previous season.

In the 2011-12 season, there was another lockout resulting in 16 games being canceled, resulting in a 66-game season. The Miami Heat, led by LeBron James, won the championship series.

What did all of these champions in shortened seasons have in common?

There was no asterisk attached to any of these winners.

The teams played by the rules in place and decided championships.

In all cases where champions were decided, more than half of the regular seasons had been played.

Looking at the 2019-20 NBA season, teams have played anywhere from a low of 63 games to a high of 67 games of the 82 games originally scheduled. Even the low end of 63 games played reflects nearly 77 percent of the regular season games played if the league opts to pick up with play-in games, followed by the playoffs.

With regard to the NHL, teams have played 68-71 games of the regular season which normally consists of 82 games. The league has devised a solid revised playoff system with 24 teams participating in the playoffs.

Major League Baseball has yet to settle its squabble over money between ownership and the players union. Regardless of who is right and who is wrong, if the two sides cannot reach an amicable agreement and reach it soon, the real possibility that there will be no season lurks.

Already, franchises have cut a ton of their minor league players to save money. The result is that many cities, many communities, will be without entertainment and will be without jobs.

Failure to reach an agreement may scar baseball for a long time to come.

When the work stoppage occurred in 1994, it hurt the game quite a bit, chipping away at its popularity. In that time, there was no pandemic and economic depression resulting as we currently have.

With the huge popularity of the NFL and the growing fan base of the NBA, baseball does not carry the same weight that it did 25 years ago. No season in 2020 would eliminate even more of the casual and serious sports fan from the sport, leaving only the hard core baseball fans to remain.

You have to believe that calmer heads will prevail and that there will be a season in 2020.

If that happens, it will likely include at least half of the 162 games originally scheduled to get to the playoffs. The structure of divisions and who competes with who for playoff spots could change as well. When it comes to planning and execution, baseball is clearly behind the curve of the other three primary Major League sports in the United States.

I continue to hear the talk everywhere.

Perhaps we are just dealing with talking points in a time where a lack of live sports is resulting in a lot of attention on other matters such as “whoever wins the title deserves an asterisk.”

Roger Maris had an asterisk attached to his 61 home runs in 1961 to break the sacred record of 60 home runs struck by Babe Ruth in 1927. Commissioner Ford Frick attached the asterisk, which was patently unfair to Maris, despite the fact that he had 162 games to reach the record while Ruth had 154.

There have been other accomplishments where an asterisk has been applied or where one was suggested.

There have been no instances of asterisks attached to team championships in the major sports in our country.

There should be none attached in this virus-stricken, already stench-filled year of 2020, either.