RICHMOND, Virginia – The LSU Tigers almost dug themselves out of a 15-point first half hole rallying to take the lead late, before falling 84-82 to VCU, Wednesday night at the Stuart C. Siegel Center.

The game was the first in a home-and-home series between the two schools based on a contract requirement when LSU Coach Will Wade left the school to come to Baton Rouge. The two teams will meet next year in Baton Rouge.

The Tigers, 1-1, will host Nicholls at 3 p.m. Saturday in the Pete Maravich Assembly Center. Tickets for the contest are available at the LSU Athletics Ticket Office and online at LSUtix.net. 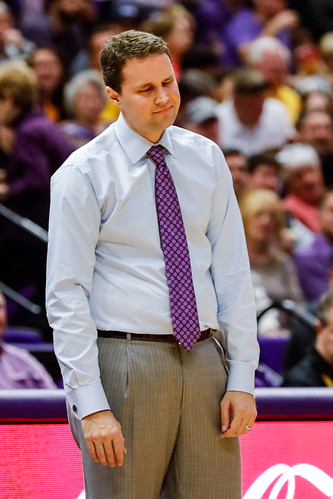 LSU was hurt by 26 turnovers and 25 fouls, but LSU was still able to rally back in the second half and take an 82-81 lead with 41 seconds left on two Skylar Mays free throws.

On the next VCU possession, De’Rante Jenkins was fouled attempting a three-pointer with 26 seconds to play, sending him to the line for three free throws. Jenkins missed the first one but made the second and third to give the Rams back the lead, 83-82.

Mays drove for the goal on the next possession, missed, but got his own rebound. His next effort was blocked but Aundre Hyatt got credit for the offensive board with just under 10 seconds to play when a jump ball was called.

LSU took its last timeout to set up a final play. But LSU was unable to convert on the play, VCU made a free throw and LSU turned the ball over with 0.2 remaining to end any chance of getting back even in the game.

Mays led LSU with 23 points and for the second straight game had eight rebounds, which led the team. Four other Tigers were in double figures with Javonte Smart getting 15, Trendon Watford 11 and Darius Days and Charles Manning Jr., scoring 10 each.

Five players were also in double figures for VCU with Marcus Santos-Silva getting 17 points and 11 rebounds. Jenkins and Marcus Evans each had 15 points, while Isaac Vann and Vince Williams had 11 points each.

The Rams took control of the game in the final 2:54 of the first half, up 39-33. Vann, Evans and Williams hit back-to-back-to-back triples while LSU missed a shot and turned it over twice. That pushed the lead to 48-33 with 1:15 to go before Watford hit a trey to close out the first half scoring and send the sellout crowd to the half happy, up 48-36.

LSU let the lead go back to seven in the latter stages of the second half, but still down seven with 2:11 left, the Tigers got things back to their side but left several possessions empty in the final 10 minutes that could have helped the cause.

LSU made seven treys to nine for VCU and the Rams were 23-of-29 from the free throw line compared to 13-of-17 for the Tigers.