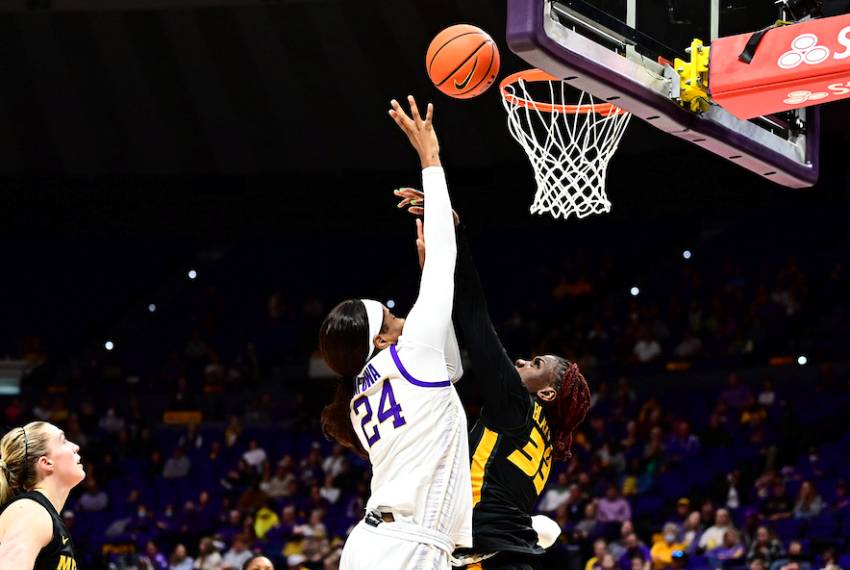 LSU led by 11 points at the end of the first half, but a three-point barrage from Missouri to start the second half brought the Tigers from Columbia within two points with 3:50 left in the third quarter.

With the game tied at 79 with 16 seconds remaining, Alexis Morris missed the go-ahead bucket but the LSU defense stopped Missouri’s Lauren Hansen’s layup from ending the game, forcing overtime.

In the overtime period, both teams traded baskets to an 83-83 tie with one minute left. Morris redeemed her earlier miss by putting the Tigers up 85-83 with 50 seconds to play. On the following possession, LSU forced a Mizzou miss and foul but turned the ball over on the ensuing inbound play with 30 seconds left.

After an LSU foul and two made free throws from Missouri, Khalya Pointer drove straight to the cup and gave LSU the lead with 7 seconds to go. Mizzou attempted to score but Lauren Hansen was denied by Alexis Morris at the buzzer.

A host of LSU Tigers had strong performances tonight. Jailin Cherry posted a line of 20 points, nine assists, and seven rebounds. Faustine Aifuwa followed her strong performance versus Georgia with a 15 point and six rebound night.

Khayla Pointer and Alexis Morris finished with 21 and 17 points, respectively.

Lauren Hansen led Missouri in scoring with a line of 23 points, three rebounds, and three assists. Aijha Blackwell posted a double-double with her 26 points and 16 rebound performance.

LSU will return to the PMAC floor on Sunday, January 16th at noon to take on the Vanderbilt Commodores. The game will be broadcast on SEC Network.