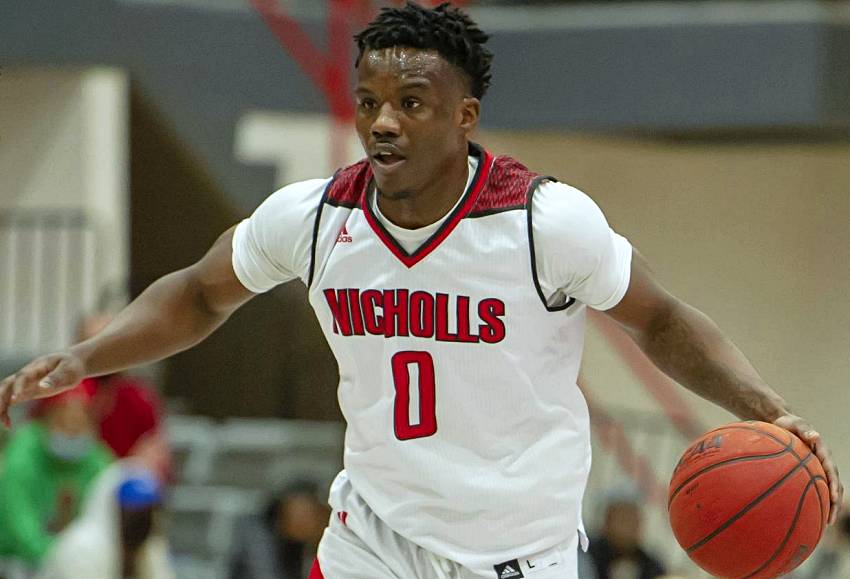 Becoming the first student-athlete in league history to win four-straight weekly awards, Gordon extended his 20-point scoring streak to seven games with a career-high 29 points in the Colonels’ 104-90 loss to Purdue last Wednesday. His career-best nine made three-pointers set a Mackey Arena record and went down as the most made by an opponent against the Boilermakers.

Nicholls (8-6) opens play in the Southland Tip-Off Event against UIW at 7:30 p.m. CT Thursday from the Leonard E. Merrell Center in Katy, Texas.

Men’s Basketball Player of the Week – Ty Gordon, Nicholls – Graduate Student – Guard – Tunica, Miss.
Registering his 10th 20-point outing of the season, Gordon connected on nine three-pointers to help the Colonels go toe-to-toe with No. 3 Purdue. He finished the contest with a game-high 29 points to go with five assists and two rebounds.

Gordon drilled his final three-point attempt of the first half and the first four from long range in the second period to make him 8-of-11 from three in the first 29 minutes. He finished with 17 of his 29 points in the second half ot he 104-90 shootout. Over his last seven games, Gordon is averaging 25.7 points per game on 49.2 percent shooting and six three-pointers per game at a 49.4 percent clip.

This marks Gordon’s fifth weekly award of the season and the seventh of his career, both matching the conference record.