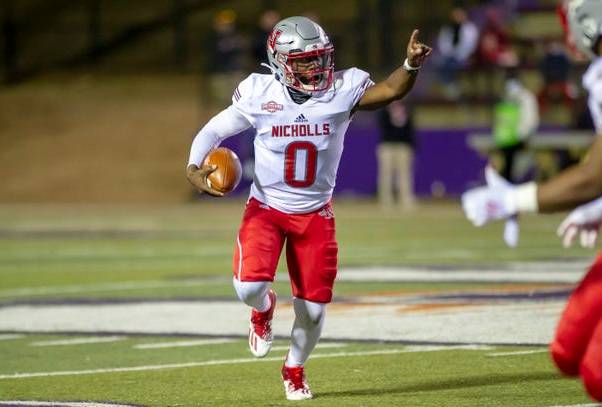 A pair of Nicholls Colonels, Jarius Monroe and Lindsey Scott, have found new homes through the transfer portal.

Monroe, a 6-foot-1, 195-pound cornerback out of East St. John, is headed to Tulane. has played three seasons in Thibodaux with 32 starts.

His older brother Darion Monroe was a four-year starter from 2012 to 2015 for the Green Wave, compiling 334 tackles.

Scott’s college football career has zig-zagged since he left Zachary High School, and his latest stop will be at Incarnate Word in San Antonio.

The 2015 Louisiana Gatorade Player of the Year and Mr. Football in Louisiana led Zachary to a 14-1 mark and a state title. He now enters his seventh season in college football.

Scott began his journey at LSU for one season before he transferred to East Mississippi Community College (better known as Last Chance U). He then signed with Missouri where he worked on the scout team for one season. His next stop was at Nicholls where he played in 18 games. He finished his days in Thibodaux with 3,767 passing yards, good for sixth all-time in school history. The 5-11 Scott tossed 34 touchdown passes and rolled up 1,547 rushing yards to go along with 15 scores.

In perhaps his more impressive college performance, Scott tallied 480 yards of total offense in a single game against Division 1 ULL this past season. He also had a banner day against his new team, accounting for six total touchdowns March 21 against UIw.

With the recent departure of UIW starting QB Cameron Ward to Washington State, there is a void at that position Scott may be primed to fill.