A true rivalry is defined by fiercely competitive games and by each side getting the best of the other in fairly equal fashion.

So many rivalries are in name only, one-sided, to be certain.

In those instances, the rivalries wane a bit with the eventual outcome seldom in doubt.

When it comes to doubt, there is certainly no doubt that the Nicholls vs. Southeastern Louisiana rivalry is real, as good as it gets, the definition of a rivalry.

Since the series began in 1972, the two sides have played 30 times.

Each team has won 15 times.

In a scheduling quirk, the Colonels and Lions will play three times in a calendar year.

Back on April 10, Southeastern Louisiana outscored Nicholls 52-45 in a shootout as the Southland Conference played a delayed season, in the spring.

This Saturday, the two rivals collide at noon at Guidry Stadium in Thibodaux.

Then, on Nov. 18, Nicholls and Southeastern will battle again, at Strawberry Stadium in Hammond in the annual River Bell Classic.

Each team has done it with local head coaches and a host of local and Louisiana players leading the way.

Frank Scelfo is in his fourth year running the SLU program.

The Abbeville native has coached previously at Jesuit and River Oaks High School, along with college stops at Tulane and Louisiana Tech. Scelfo spent time in the NFL as an assistant with Jacksonville.

Tim Rebowe is in his seventh season running the Nicholls program.

The Norco native played baseball at Southeastern Louisiana. He coached on the high school level at Destrehan and on the college level as an assistant at Nicholls, ULM and Louisiana (Lafayette).

Both coaches appeared Wednesday night on All Access on NASH ICON 106.1 FM. 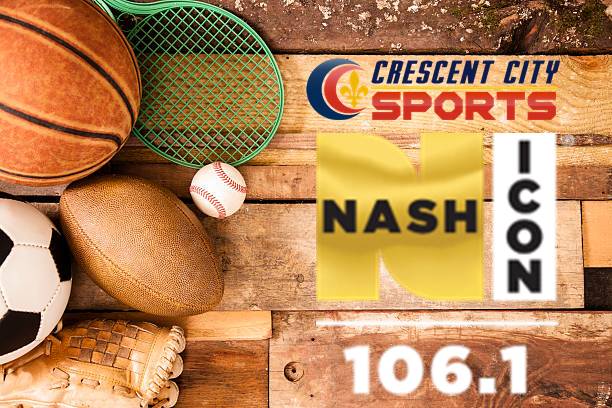 Southeastern is 3-1 with wins over North Alabama, Central Connecticut State and McNeese and a narrow loss to FBS Louisiana Tech.

The Lions have roared offensively, to the tune of 46.2 points per game.

Kelley has 41 carries for 148 yards with five touchdowns and has completed 135-of-182 for 1,593 yards, 13 touchdowns and four interceptions while completing 74 percent of his passes.

Taron Jones of Mandeville has rushed for four touchdowns.

Both offenses are potent and both defenses struggled to stop each other back in April. This week’s game could be more of the same.

Playing twice in a season is nothing new for Scelfo.

“It’s not unusual,” Scelfo said. “The NFL does it every year, right? Being able to rely on that and using the notes that I had from the time in Jacksonville, playing division rivals twice very season, I will draw from some of those experiences. We’re really playing them three times in one season (counting April.)”

The Lions are clicking on all cylinders offensively.

“We’re playing at a high level because of the maturity we have on offense” Scelfo said. “We’re proud of that. We have several seniors and a ton of experience. You look across the field and Nicholls has the same thing with a dynamic quarterback, an outstanding running back and outstanding receivers.”

Kelley has spread the wealth in the passing game.

“Last week, we completed balls to 13 different receivers in the game,” Scelfo said. “We’ve just got a lot of confidence. The spring season helped out tremendously. The timing is there.”

“Cole is efficient running the ball,” Scelfo said. “It is a different dynamic in short yardage and goal-line situations. He’s a special player. He can play for a whole lot of teams and he’ll get a chance to play at the next level, I’m sure.”

How did Kelly slip through the cracks of significant FBS programs?

Scelfo and Rebowe are friends who share tremendous respect for each other.

“You like to measure yourself against the best at any level and I don’t think there’s anybody that does it better than Tim Rebowe,” Scelfo said. “He’s taken a program that was down and really turned it into a national power. Our measurement is what we do against those guys. He’s a good friend. I’ve been knowing him for such a long time. There’s no animosity between us. We just want to beat each other.”

“Frank’s done a great job,” Rebowe said. “He is a good friend and we have great respect for each other. Their quarterback Cole Kelly has been tremendous. He spreads the ball out. He’s got weapons all over the place. It’s about getting a stop here or there and getting your offense another possession.”

Nicholls is 2-2 on the season.

The Colonels lost to FBS schools in Memphis and the UL Ragin’ Cajuns.

Lindsey Scott of Zachary has been outstanding, rushing for over 100 yards per game (434 yards total) with four touchdowns. He is 70-of-110 through the air for 908 yards with seven touchdowns and two interceptions, completing 63.6% of his passes.

Julien Gums of De La Salle is the leading rusher with 49 carries for 313 yards and two touchdowns.

Dai’Jean Dixon of Karr has been superb with 31 catches for 456 yards and three touchdowns.

One negative is that the Colonels have forced just three turnovers and have no interceptions.

Ty’Rae Evans is the leading tackler with 23 tackles, including three for loss.

Zack Bernard of Lakeshore has 2.5 sacks while Perry Ganci of Jesuit has two sacks.

Gavin Lasseigne of Central Lafourche has been solid in the kicking game, connecting on 5-of-6 field goal attempts.

“It does seem like we just got done playing them,” Rebowe said. “This is the first time we are doing it (playing twice in same season). We are so familiar with each other. The players and staffs know each other.”

Scott has matured into the player most thought he would be coming out of Zachary.

“He’s really doing a good job for us,” Rebowe said. “I see him getting better every day. He’s really maturing as a quarterback. Lindsey is in command. He spreads the ball around. He can run but he can throw the football, too! He’s a dual-threat guy. He has been managing the game really, really well for us.”

Rebowe pointed to one big factor in deciding the outcome if his team is going to win Saturday.

“The time-of-possession is going to be huge for us,” Rebowe said. “Obviously, you’ve got to put the ball in the end zone but the more you can keep the ball out of Cole Kelley and their offense’s hands, that’s going to help you tremendously. That is a big goal. We have to go out and execute and not worry about the opponent so much. We’ve got to do what we do.”

Rebowe has provided a consistent winner in Thibodaux and a program that competes well with SLU.

“Before we got here, it really wasn’t a rivalry because Southeastern had been winning every year,” Rebowe said. “We are 3-3 (against them) since we’ve been here and it is now 15-15. That’s what it (rivalry) is all about.”

Both coaches know and understand that stealing a possession or two will go a long way toward the final outcome.

“Those are the games you really love to play,” Scelfo said. “It’s all about takeaways-giveaways. We need to get a few of them and avoid them. They are just too good. They are going to score.”

“It will be a lot of fun on Saturday,” Rebowe said. “We have to win the turnover battle. Points will be scored. Get in your seat early because you never know what’s going to happen right off the bat.” 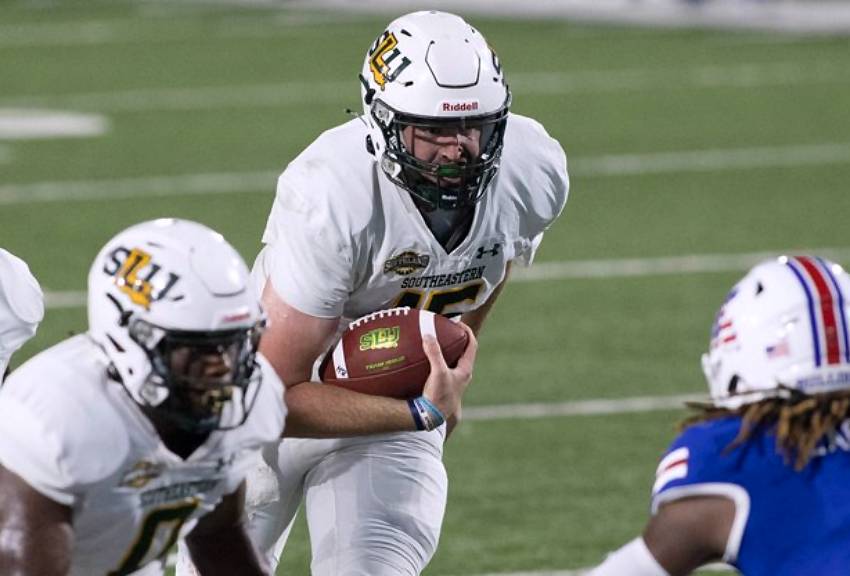 No. 14 Southeastern closes road swing at No. 25 Nicholls

The game between SLU (3-1, 1-0 Southland) and the Colonels (2-2, 1-0 Southalnd) – the third straight in the series in which both teams are ranked - will be televised on Cox Sports Television and ESPN+.