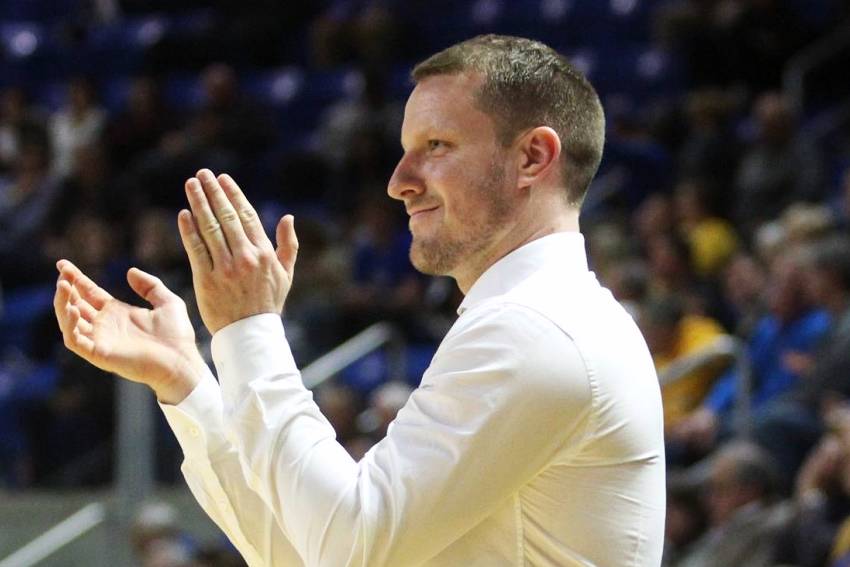 The Colonels open up the campaign on Tuesday, Nov. 9 with a tough road test at mid-major contender Northern Iowa before shifting focus to league competition with the inaugural Southland Conference Pre-Season Tournament from Thursday, Jan. 6 – Saturday, Jan. 8, squaring off against a to-be-determined trio of conference adversaries at the Merrell Center in Katy, Texas.

Fresh off the program’s first outright regular-season conference title since 1998, head coach Austin Claunch enters his fourth season at the helm boasting a 53-34 overall record along with a 36-18 mark in Southland Conference play, guiding the Red & Gray to the league’s top overall seed in last year’s SLC Tournament as well as an appearance in the conference championship game.

Following the season kickoff at Northern Iowa, the Red & Gray head back to the friendly confines of Stopher Gym for their home-opening sequence against Carver College before setting their sights on a tough roadtrip across the Lone Star State, initially battling defending-National Champions Baylor on Monday, Nov. 15 before trekking north to Fort Worth for a second-straight Big 12 contest at TCU on Thursday, Nov. 18. After returning from Texas, the Colonels proceed to jet off for a quick tournament out in Los Angeles, facing Cal Poly on Monday, Nov. 22 and either Idaho or Utah Valley on Wednesday, Nov. 24 in the inaugural Southern California Challenge.

The non-conference schedule continues in earnest over the course of the next month, as Nicholls bounces back-and-forth between home contests — Southwestern Christian on Nov. 27, Blue Mountain College on Dec. 13 and Mississippi Valley State on Dec. 18) — and a slew of away matchups — at Mississippi Valley State on Dec. 9, at Wisconsin on Dec. 15 — before concluding the slate with a pair of major road tests at Pac-12 contender Oregon State (Dec. 21) and Big 10 powerhouse Purdue (Dec. 29).

After kicking off league play in the first-ever Southland Conference Pre-Season Tournament from Jan. 6-8 over in Katy, Texas, the Red & Gray remain out on the road for a rivalry clash at in-state for New Orleans on Saturday, Jan. 15 before coming home for back-to-back matchups with Northwestern State on Thursday, Jan. 20 and Southeastern on Saturday, Jan. 22. Notably, other key contests for the Colonels include away games at McNeese (Jan. 27), Southeastern (Feb. 26) and Texas A&M-Corpus Christi (Mar. 2) along with home contests against UIW (Feb. 10), Houston Baptist (Feb. 19) and New Orleans (Mar. 5) in the regular-season finale.