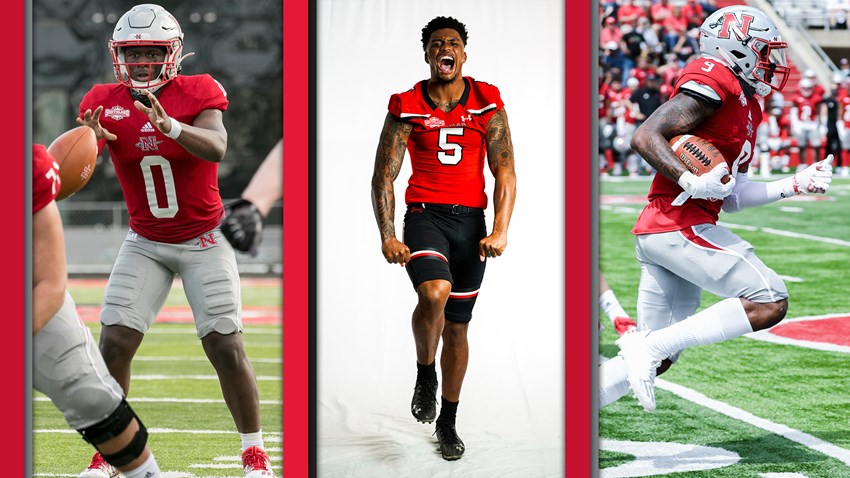 FRISCO, Texas – Nicholls’ Lindsey Scott Jr. and Dontaze Costly, along with Lamar’s Anthony Ruffin, are the Southland Football Players of the Week, the league announced Monday. Weekly awards are presented by Hercules Tires.

Scott garners Offensive Player of the Week recognition after totaling six touchdowns and 345 yards of total offense in a 75-45 rout of then-No. 13 UIW, and Costly recorded the first kick return for a touchdown by a Colonel since 2013 to earn Special Teams Player of the Week honors. The Colonels (4-1, 3-1 SLC) next take on McNeese at noon CT on Saturday.

Ruffin is honored as the Defensive Player of the Week after tallying a team-high seven tackles and an interception in the Cardinals’ 31-23 win over Northwestern State. Lamar (2-3, 2-3 SLC) wraps up the regular season against No. 25 Southeastern Louisiana at 6 p.m. Saturday.

Offensive Player of the Week: Lindsey Scott Jr., Nicholls – Senior – Quarterback – Zachary, La.
Scott led the Colonels to eight touchdowns on their first eight offensive drives in a 75-point showing against UIW. He threw only four incompletions (17-for-21), racking up 264 yards passing and tied the school’s single-game record with five TD passes. He also added 81 yards and a touchdown on eight carries.

Defensive Player of the Week: Anthony Ruffin, Lamar – Sophomore – Defensive Back – Houma, La.
Ruffin led the Cardinals with a team-high seven tackles and picked off one of three passes on the afternoon, which helped Lamar jump out to an insurmountable first half lead against the Demons. With NSU threatening in Cardinal territory, he intercepted Kaleb Fletcher at the goal line and returned it 27 yards to set up LU’s second scoring drive.

Special Teams Player of the Week: Dontaze Costly, Nicholls – Junior – Wide Receiver – Vacherie, La.
Costly scored three touchdowns in the Colonels’ win over ranked No. 13-ranked UIW, highlighted by a 90-yard kick return for a TD in the second quarter. Despite initially mishandling the ball at the 10, he gathered it, weaved through defenders and outraced another down the sideline for the first Colonel kick return TD since 2013.