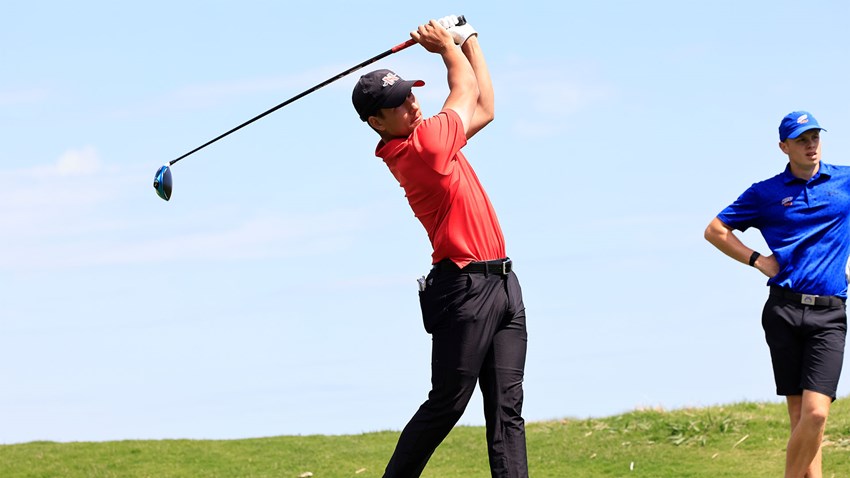 A two-time member of the Southland Commissioner’s Honor Roll, O’Neil owns a 3.51 GPA in business administration and is fresh off a runner-up finish at the 2022 Southland Men’s Golf Championships. With a three-day total of 217 (+1), he finished just one stroke behind individual medalist Joe Buenfeld.

O’Neil was one of just two golfers to shoot a sub-70 round at the event after carding a three-under 69 on day two. The junior from Charlotte, N.C., posted the third-lowest stroke average among the conference at 73.33 and finished in the top 15 at five of the team’s eight events.

HBU leads the way with three honorees in total, followed by Francis Marion and Nicholls with two spots apiece. Augusta, New Orleans and Southeastern round out the academic all-conference rosters with one selection each. Half of the honorees boast cumulative GPAs of at least 3.75, and the average GPA of the individuals is 3.64.

The all-academic teams are voted on by a head coach, sports information director and academic/compliance staff member from each Southland Conference institution. To be nominated for the academic all-conference teams, student-athletes must possess a 3.0 cumulative GPA and have completed one full academic year at the nominating institution.

The Southland Conference awards committee, which consists of one administrator from each of the eight member schools, votes for the student-athlete of the year. All Student-Athlete of the Year nominees must have earned at least a 3.2 GPA on a 4.0 scale and demonstrated athletics achievement for at least two years at the nominating institution.