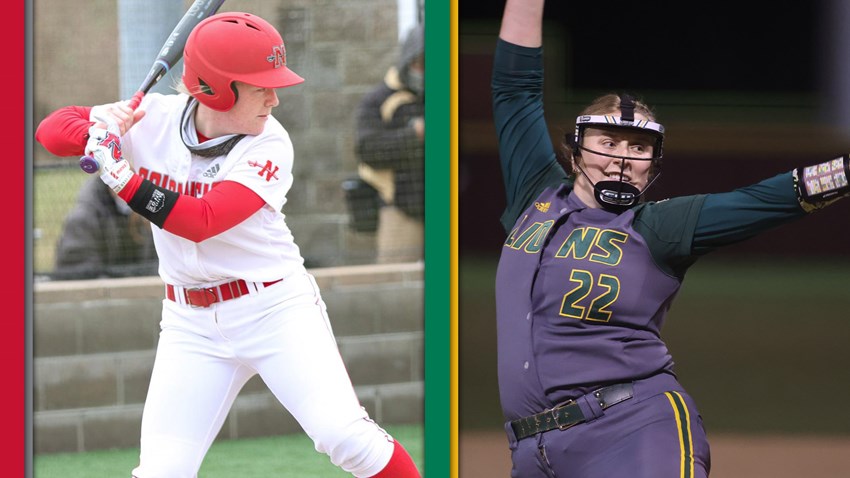 Reavis claims the season’s first Hitter of the Week award after pushing the Colonels to a perfect 3-0 record on opening weekend. The freshman kicked off the season with a .500 average at the plate, recording five hits, two for extra bases, and driving in five RBI for the weekend.

Reavis registered two runs in Nicholls’ 9-7 victory over North Texas on Friday, followed by two more in a 17-1 win over South Dakota. She then concluded the weekend with two hits on four at-bats for one run in the Colonels’ 6-4 win on Sunday over South Dakota. Nicholls takes the diamond again Friday, Feb. 19, in its home debut for a doubleheader against Southern Miss. Game one slated for a 4 p.m. start.

Zumo opened the season in spectacular fashion for the Lady Lions, recording the program’s seventh no-hitter and helping Southeastern Louisiana to a 3-2 record at the Lion Classic over the weekend. The senior made three appearances for SLU in the tournament, dealing 12 innings of work for a 2-0 record in the circle for the Lady Lions.

Softball Hitter of the Week – Ashlyn Reavis, Nicholls – Fr. – M IF – Paris, Texas
Reavis had an impressive debut as a Colonel, hitting .500 games with five RBI in Nicholls’ perfect weekend at the Lion Classic. Three of the runs driven in came on a bases-loaded double in game one against South Dakota, and she then followed it up with a run-scoring triple in the weekend’s finale. Over the Colonels’ opening three games, Reavis scored five runs, drew three walks, and posted a .615 on-base percentage.

Southland weekly award winners are nominated and voted upon by each school’s sports information director. Voting for one’s own athlete is not permitted. To earn honorable mention, a student-athlete must appear on at least 25 percent of ballots.