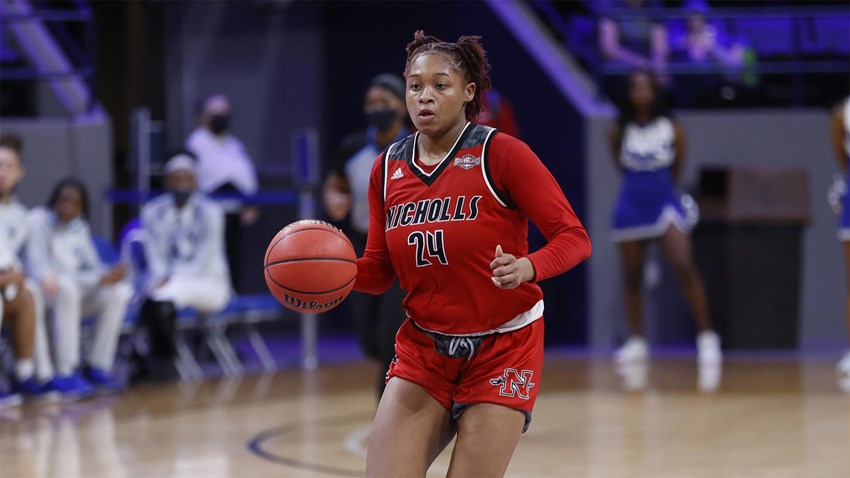 Cain opened conference play on Saturday with 29 points and nine rebounds in the Colonels’ 69-68 victory over New Orleans, knocking down a perfect 7-of-7 free throw attempts along the way. The junior forward matched her career-high of 29 points and had the game-winning putback with six seconds remaining. She finished with 52.3 percent from the field (11-for-21), nine rebounds, three steals and a pair of assists. The Prairieville, La., native sits second in the league with 16.1 points per game.

This award marks second of Cain’s career and first of the season. Nicholls is back in action Thursday, Jan. 20, for a conference showdown at home against Northwestern State.

Women’s Basketball Player of the Week – Chelsea Cain, Nicholls – Jr. – Forward – Prairieville, La.
Cain matched her career-high of 29 points and had the game-winning putback with six seconds remaining in Nicholls’ one-point win at New Orleans to open conference play. Trailing by four points with less than five minutes remaining, Cain took over by scoring the final 14 points for the Colonels. She was perfect down the stretch, going 5-for-5 from the field and 4-for-4 at the free throw line. Cain finished a rebound shy of a double-double and added three steals and two assists.