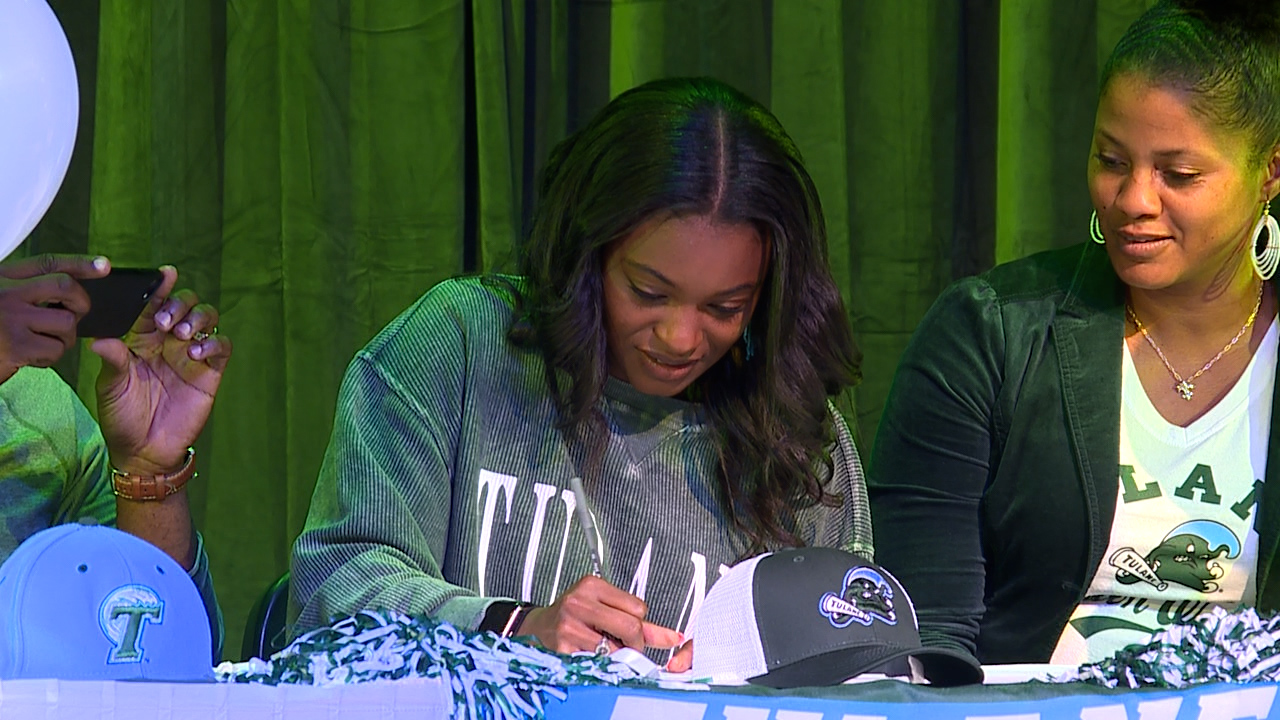 A senior and team captain, Washington (5-foot-10) has been part of a Country Day program which has won five consecutive Division V state championships with Washington playing a key role in the last three state titles.

The Cajuns, the top seed, play in the quarterfinals Thursday against Highland Baptist at 8 p.m. at the Cajundome in Lafayette.

Washington recently surpassed 1,200 kills and 1,000 digs in her illustrious career at Country Day in the last three weeks.

“I’m grateful, first and foremost. I’m very grateful to represent Country Day and my family,” Washington said. “It’s not something I take for granted, how hard everyone has pushed me throughout my journey here and in club volleyball.”

The decision to choose Tulane came easily for Washington, whose mother, Kim Sentmore Washington, played volleyball and ran track for the Green Wave.

“What impressed me most about Tulane was how consistent they were and how I felt when I stepped on campus,” Washington said. “Tulane showed me it was action-oriented. It felt like home.”

Washington loves the decision she made to attend Country Day as well.

“My experience at Country Day has been great,” Washington said. “It’s something I won’t forget, my coaches, my teammates and the faculty here have taught me a lot, not just about the game but about life and learning. The discipline, the integrity, the grit and the bonds that you make while playing. It’s just been a great experience overall.”

“She has just been incredible all three years,” Ibieta said. “She’s a hard worker, she’s a competitor, she’s a leader, she’s just an amazing kid. She is so hard on herself that sometimes, we just have to tell her its okay. She demands perfection of herself. She has set the example of how to work hard everyday and the kids on the team respect her.”

Ibieta’s son Justin is a former Country Day star and a current quarterback at Tulane while her husband, Juan, is a former Green Wave baseball star as a pitcher. Daughter Jenna also played volleyball at Tulane.

“They are a very close-knit family and a Tulane family,” Ibieta said. “They are very excited that she chose Tulane and they will get to see her play. I think she will be very successful. She will work at everything she needs to do to be successful.”

“It would mean everything to me to end my senior year with an amazing group of players and coaches to win another title,” Washington said. “I just want to all out and battle one more time with this team.”