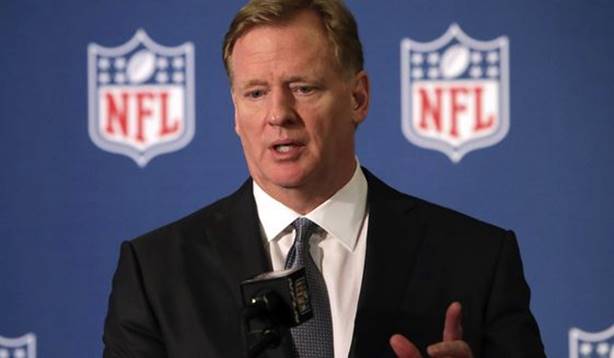 The NFL sent out a memo confirming the 202p draft will still be held April 23-25 as planned. Roger Goodell sent out a warning to teams not to publicly criticize the league’s stance. It was reported earlier that some teams would rather postpone the draft until a later date.

The big question from teams is the lack of medical follow-up on some players like quarterback Tua Tagovailoa who had hip surgery. He was not able to work out at the combine.

It is not totally clear why the NFL wants to go ahead with the draft but in my opinion the the league’s network partners want it now with the current lack of live sports their viewers are dealing with as the NCAA, NBA, NHL and MLB are all inactive due to the COVID-19 pandemic. The ratings will be hired than ever for the draft this year due to the abnormal circumstances.

The NFL did tell teams there would be significant changes to how the draft with be conducted including forming their war rooms away from team facilities with a limited number of people physically together through the process.

Also the top drafted players and their families will not be present at the draft in Las Vegas were all of the public events planned as the host city have been canceled.

Mickey Loomis was one who hoped to push the draft to a later date but he will now be muted since it is well known, especially in New Orleans, that Goodell will give out suspensions or cut draft picks as penalties without hesitation.

It will be harder to put together a good draft board but Loomis is good at adjusting to tough situations.

A lot of the evaluation of prospects is already done but lack of the usual follow up procedures on medical reports and the fact that prospects can not visit or hold traditional Pro Days for visiting coaches, scouts and executives are a bit of a problem.

The NFL also has a league meeting set for April 8 so maybe something will change but don’t count on it.