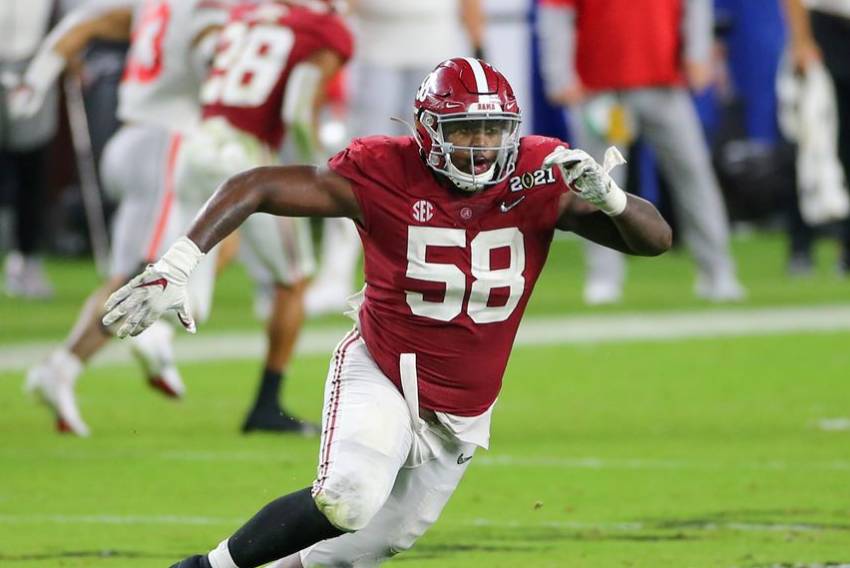 Round 2 #60
Kevin Joseph, 6-1, 198, 4.46, CB Kentucky
Excellent ball skills to go with his size, speed and athletic ability, with good pro coaching he could come on strong at the pro level. Has not played a lot of college football sat out 2019 after transferring to Kentucky from LSU.

Round 3 #98
Dyami Brown, 6-1, 186, 4.39, WR North Carolina
A dynamitic playmaker, Brown has had back to back productive seasons in 2019 and 2020, Very athletic and a vertical route runner, excels at getting deep. Will go over the middle and make the tough catch as well, gives good effort as a blocker. Has length but could tack on more muscle and get stronger.

Round 4 #134
Nico Collins, 6-4, 225, 4.45, WR Michigan
Had a solid week of practice at the Senior Bowl. Has nice size and plays physical, will fight for contested balls. Tracks the ball in the air well and shows body control. Can beat press coverage with his strength. Shows flashes as a blocker. Oped-out of the 2020 season, was hampered by inconsistent quarterback play at Michigan.

Round 6 #218
Jamie Newman, 6-2, 235, 4.72, QB Wake Forest/Georgia
Newman transferred to Georgia from Wake Forest but never played in Athens (opt out). Good athlete with mobility, a threat with his arm and his legs. A tough physical prospect, hangs tough In the pocket. A good character prospect with leadership qualities. Needs to improve his mechanics and footwork, tends to force the ball to his primary receiver even when he is covered. A bit inconsistent on deep passes.

Round 7 #229
Matt Bushman, 6-5, 245, 4.70, TE BYU
A good athlete can cause mismatch problems. Has good straight-line speed to get down the seem and stretch a defense. A willing blocker with run after the catch ability. As many BYU prospects do, he went on a mission so is already 25-years old. Could tack on more bulk to improve as a blocker.

Round 7 #255
Pooka Williams, 5-9, 175, 4.38, RB Kansas
An electric back from Hahnville high in Boutte Louisiana. Runs hard and is not easy to bring down. A real threat as a pass receiver with great run after the catch ability. A blend of speed and quickness with a quick change of direction. Dangerous in the open field. Lacks ideal size which hurts his blocking and did have a domestic off the field problem which would have prevented him from going to the Combine if they had had one.