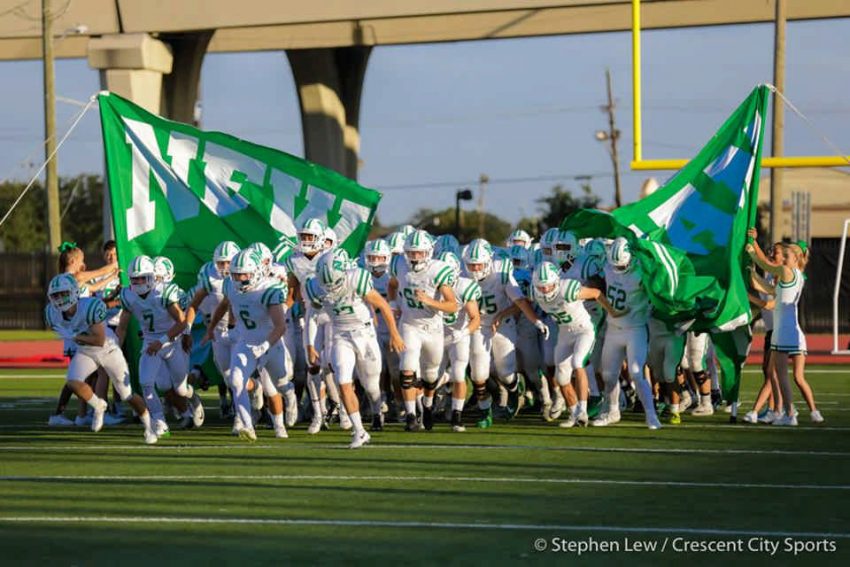 A showdown looms tonight in an outstanding venue as St. Charles Catholic battles Newman in a District 11-2A showdown.

The game at Strawberry Stadium in a Hammond will be broadcast nationally on NBC Sports Network.

The Greenies (4-0) advanced to the Division III semifinals, falling to Lafayette Christian 21-7.

Two years ago in LaPlace, St. Charles Catholic fought off Newman in a 28-27 thriller despite three touchdown passes from Arch Manning.

The winner not only will be the eventual district champion but could be fighting for a higher seed, if not the top seed, in Division III.

Currently, Notre Dame (5-1) and Lafayette Christian (5-1) are the top two teams in the Division III power rankings but the Pios and Knights play tonight.

“We know it will be a challenge,” St. Charles Catholic coach Wayne Stein said.
“Everyone talks about their offense but their defense is solid, as we saw last year. What makes Manning special is he is an accurate thrower who can make all the throws but he is athletic. We know they will make plays. We simply have to limit them.

“They are so well coached and are so strong every year,” Stewart said. “Wayne does a tremendous job with their defense and they are very, very tough. Their offense can control the football. They are always outstanding in the kicking game and you must be prepared for everything.”

Expect another classic in this trilogy.

Another big district showdown takes place at Joe Yenni Stadium where unbeaten East Jefferson hosts Chalmette with first place and a possible District 8-5A championship on the line.

The Warriors (3-0, 3-0) have not been tested yet in wins over Riverdale, Bonnabel and Grace King, averaging just over 40 points per game, led by outstanding quarterback Arthur Oliver.

The Owls (3-1, 3-0) have played the tougher schedule and have huge district wins over John Ehret, which has dominated the league recently, along with West Jefferson and Grace King.

Covington vs. Hammond at Lakeshore