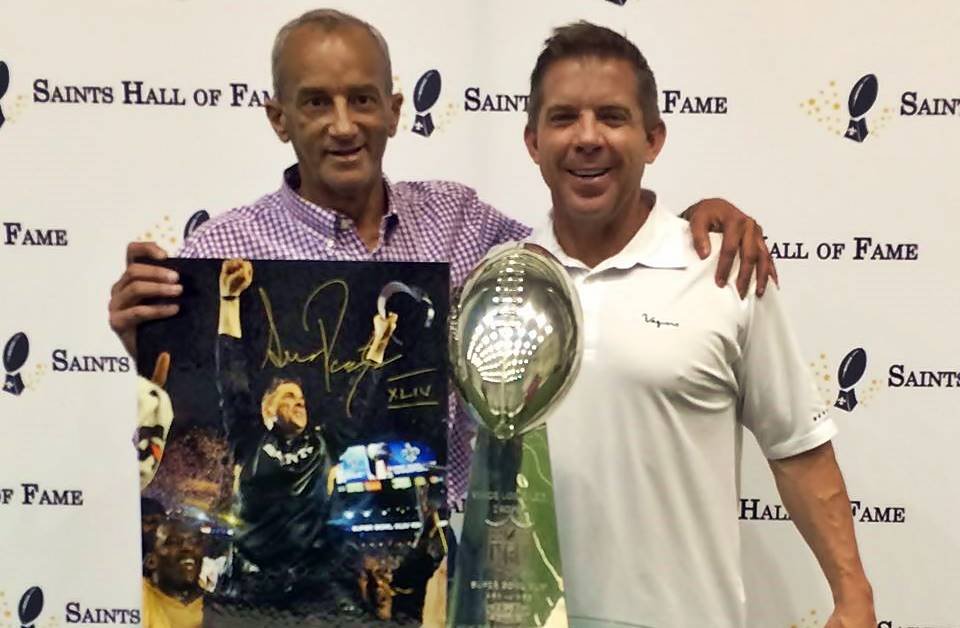 A multi-talented New Orleanian has passed away.

Alan Donnes died in a Los Angeles hospital early Wednesday morning after suffering from bacterial meningitis, which attacked his body and mind recently. Donnes was 57.

Donnes had been hospitalized since June 19.

The New Orleans native lived in the Los Angeles area for years, serving in the movie industry in many roles including as a producer. He previously served as President of National Lampoon.

Donnes brought Hollywood to New Orleans, helping his hometown on more than one occasion. In 2011, he co-wrote and produced the movie “Snatched.”

Donnes got into the media industry in radio, producing a sports show which he regionalized, mainly focusing on the NFL.

Donnes developed an affinity for and significant contacts with boxing, which he covered for years, including the biggest fights and boxers in the world. He became very close friends with Larry Holmes as part of his management team when Holmes reigned as heavyweight champion of the world.

Donnes became a stand-up comedian as well and a good one at that.

Though Donnes was based on the west coast, his love of New Orleans or the New Orleans Saints never diminished.

Donnes penned the book “Patron Saints,” all about how the Saints, under Sean Payton, gave New Orleans a reason to believe again following the devastation of Hurricane Katrina. A signed copy of the book Alan gave me was displayed in the Saints Hall of Fame Museum in Rivertown, Kenner and then in the Mercedes-Benz Superdome location of the museum.

Alan was an enthusiastic supporter of Saints Hall of Fame events and spent freely on auction items in support of those events while attending them regularly.

Donnes was an emotional attendee at Super Bowl XLIV in Miami, where he enjoyed the experience of a lifetime in watching the black and gold win it all.

Donnes endured much in his life, including a pair of kidney transplants.

In 2017, Donnes was in bad health, desperately in need of a second transplant.

The “miracle,” as Alan described it, came and his health was restored. He often thanked me for offering up frequent prayer on his behalf. He knew I cared and I knew he cared—about me and about others.

A graduate of Jesuit High School (1979), Donnes is survived by his brothers, Bert, Richard and Stephen.

Donnes even sold cars in outstanding fashion, according to Ronnie Lamarque, whom he worked for.

From radio host to comedian to author to movie producer and writer, “Bones” was gifted. He was animated. He was passionate. He was caring.

More than anything, Alan was my friend, a real treasure of New Orleans as he, his brother Bert and I were friends from our childhood days at St. Louis King of France and Lakeshore Playground in Metairie.

His was a life well lived.