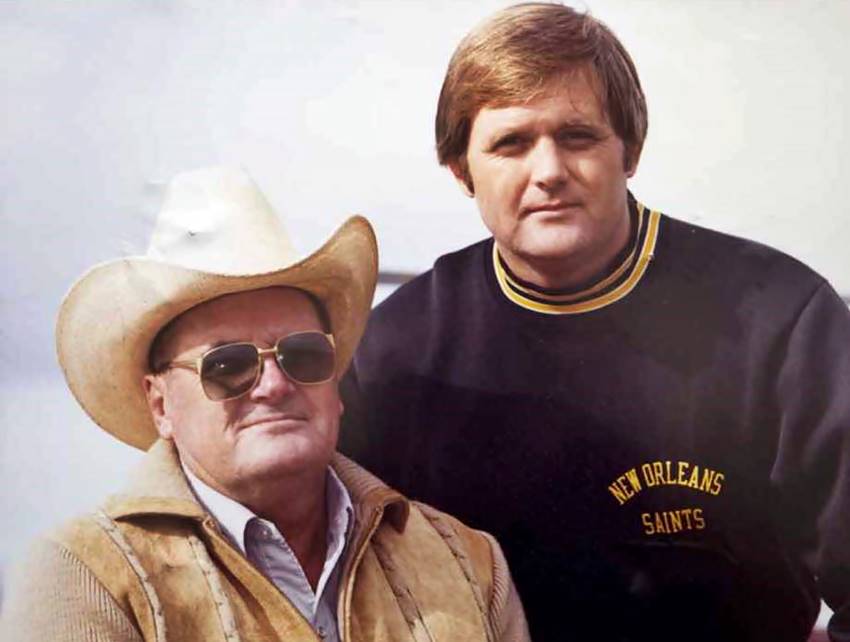 First, there was Ernie Hefferle.

Then, there was Dick Stanfel.

Following a 30-23 victory at Minnesota on Nov. 24, Bum Phillips resigned and turned the team over to his son, who was the Saints defensive coordinator.

It was a chance for Wade Phillips to audition for the job on a permanent basis. New Saints owner Tom Benson was willing to take a long look at the son.

The debut was a smashing one.

On Dec. 1 at the Superdome, the Saints thrashed the Los Angeles Rams 29-3.

It was a complete performance.

The Saints held the Rams to 233 total yards and forced four turnovers. Hebert threw for 208 yards and a score. Earl Campbell rushed for 74 yards. Eugene Goodlow had three catches for 61 yards. Future Saints Hall of Fame inductees Rickey Jackson and Frank Warren each had two sacks. Johnnie Poe had an interception.

The euphoria would not last.

The Saints lost their next three games to end the season, including a 16-10 loss at home to Atlanta in the final game.

That sealed the fate of Wade Phillips at 1-3. Phillips would eventually get head coaching opportunities on a permanent basis with Denver, Buffalo, Atlanta, Dallas and Houston. He served as head coach with the Falcons and Texans on an Interim basis, just as he did with New Orleans.

Phillips posted an impressive 82-64 record as a head coach with five of his teams reaching the playoffs but he never won a playoff game.

Phillips has been an exceptional defensive coordinator since his days in New Orleans, serving in the same capacity for Philadelphia, Denver, Buffalo, Atlanta, San Diego, Houston and, most recently with the Los Angeles Rams.

Phillips was part of a Super Bowl champion while coordinating the Broncos in his second stint there and he reached the Super Bowl as defensive coordinator with the Rams.

Getting to know Wade was a pleasure. He is truly one of the nicest guys in the NFL, a guy you definitely pull for—except when he would go against the Saints.

Phillips was not retained as Benson hired highly respected Jim Finks to take over the organization in 1986 and Finks hired USFL championship coach Jim Mora to take over in New Orleans. The moves would prove fruitful as we will detail with the Mora era tomorrow.