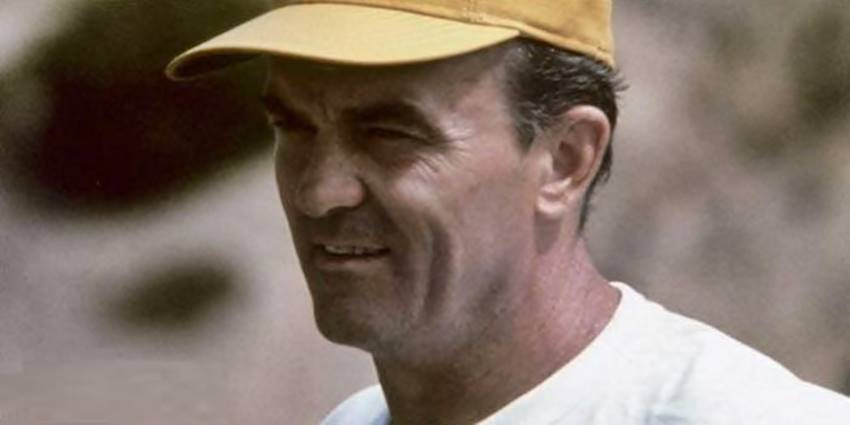 The New Orleans Saints were born in 1967.

The expansion franchise brought new life to the city, the region, even the state.

Those were exciting times.

Winning would not be important for the first several years.

Having an NFL team was the blessing, a wonderful development.

I remember vividly how the media and marketing of the Saints would involve promoting the star players coming to town from opposing teams to play the Saints. To impose such a strategy today would be blasphemous!

Those were the good old days!

I remember sitting at Tulane Stadium as a youngster, in the South End Zone (the one with no upper deck).

It was Sept. 17, 1967 and the Saints were ready to play their first regular season game ever after going 5-1 in the preseason.

George Allen’s Los Angeles Rams, who had handed the Saints their only preseason loss, were the opponent.

On the opening kickoff by Bruce Gossett, John Gilliam returned it 94 yards for a touchdown.

The bedlam around me was obvious.

I was young but I understood what had happened. I just didn’t realize the magnitude of what it meant.

Speaking of the Rams, Tom Fears was the coach of the original New Orleans Saints.

Fears came to the Saints from the Atlanta Falcons.

It seemed like a very good hire. Fears was the first Mexican-born player to be inducted into the Pro Football Hall of Fame.

Fears was a highly respected person in NFL circles, having enjoyed a brilliant playing career which would earn him the Pro Football Hall of Fame induction.

He had learned as an assistant coach under Vince Lombardi and won NFL championships in Green Bay. He spent time coaching with the Rams under Bob Waterfield. He joined former teammate Norb Hecker on the staff of the expansion Falcons in 1966.

Fears had the respect of his veteran players and that was important since the original Saints teams were loaded with veteran players chosen in the expansion draft and by other means.

Billy Kilmer and Gary Cuozzo split time at quarterback. Cuozzo was supposed to be the man but Kilmer displayed great leadership skill and earned the respect of his teammates to eventually win the job on a permanent basis and he played admirably, despite taking a lot of hits.

The early stars Dave Whitsell, the first Pro Bowl player in franchise history, Doug Atkins, a Hall of Fame player nearing the end of his career (like Whitsell) and a 17th-round draft choice in Danny Abramowicz. All three, along with Kilmer, would later be inducted into the Saints Hall of Fame.

Whitsell led the NFL with 10 interceptions in 1967. Atkins was still a force, a mountain of a man at defensive end. Abramowicz caught everything in sight.

The early Saints also had a pair of good defensive tackles in Dave Rowe and Mike Tilleman and a solid pair of guards in Jake Kupp and Del Williams. Dave Parks would come on board to give Kilmer another good receiver.

Then, Tom Dempsey joined the team in 1969 and earned All-Pro honors that season as the Saints improved to 5-9. Abramowicz led the NFL in receptions in 1969 but that would be the final year in the NFL for both Whitsell and Atkins. Age was catching up with the Saints.

Unfortunately for Fears, that record field goal came a week after Fears had been dismissed by original Saints owner John Mecom.

Fears never got another chance as a head coach in the NFL.

He became a head coach in the World Football League and in the International League of American Football.

You play with the hand you are dealt.

Fears never had a good roster to compete with.

The philosophy of going with older players caught up with the early year Saints, as did the poor job done in the draft.

The first pick ever, in 1967, was Les Kelley. Nothing more needs to be said. Gilliam was drafted but he was traded way after just two years and became a Pro Bowl player elsewhere. There were 36 picks overall for the expansion team but only nine would see much action and only Abramowicz and Rowe would play well.

The 1968 draft was awful, with Kevin Hardy being the top pick. Of 17 players chosen, only Hardy and Gene Howard contributed and Hardy well way short of expectations.

Despite having 17 picks in 1969, only three players contributed at all in John Shinners, Richard Neal and Joe Owens.

Fears fought to get control of personnel with Mecom and finally won that battle, getting the general manager title added to his responsibilities in 1970.

In that year’s draft, the Saints went with Ken Burrough in the first round, a very good choice, but after Fears was fired, his successors would deal Burrough away and he starred in Houston. Delles Howell and Jim Otis were decent picks. Doug Sutherland was a good pick but he only played one season for the Saints before heading to Minnesota and a very good career.

Fears was fired seven games into the 1970 season with the Saints 1-5-1. He was replaced by J.D. Roberts, a head-scratching hire which we will detail tomorrow.