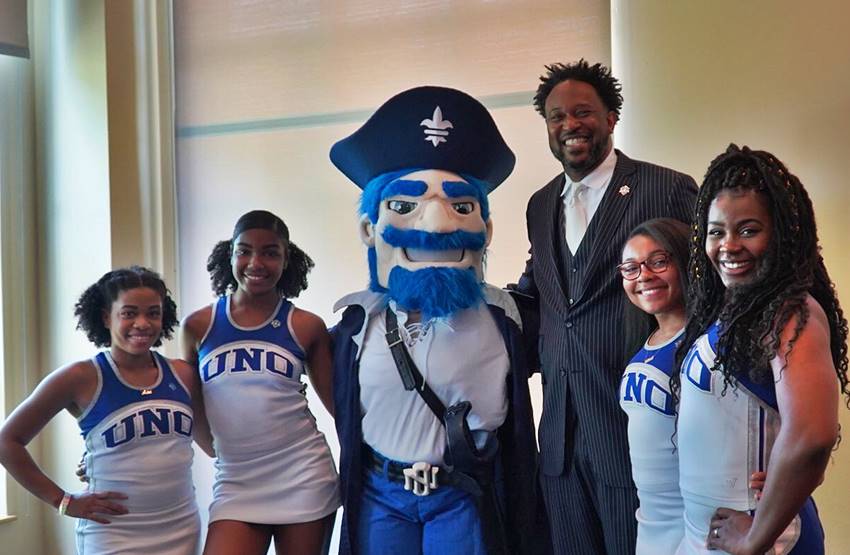 NEW ORLEANS – New Orleans Director of Athletics Tim Duncan has been appointed to the NCAA Division I Men’s Basketball Competition Committee. His four-year tenure began today and will conclude June 30, 2024.

Duncan is in his second year leading the Privateers and was previously named to the executive committee of the newly formed Black AD Alliance.

“I am thrilled to be appointed to the NCAA Division I Men’s Basketball Competition Committee,” said Duncan. “As a former basketball student-athlete, I’ve wanted to serve on a basketball focused committee, and it is a dream come true.”

Year No. 1 was highlighted by facility renovations to Lakefront Arena, the Human Performance Center, the HPC Strength Room, the addition of a Golf Putting Room, and a rebrand as #NOLAsTeam. Other Privateer accomplishments include;
• Arina Kleshchukova representing the Privateers as the first women’s cross country runner to compete at NCAA Nationals
• Women’s basketball had its most wins since the 1992-93 season
• Beach volleyball posted its best start to a season
• Baseball defeated rival Tulane.

Duncan hit the ground running with #100Meetings100Days, conversing with a diverse group of Greater New Orleans leaders and former Privateers. Gameday experience received a huge jolt with the addition of an in-arena emcee and DJ at all men’s and women’s basketball games. Followed with a decision to stream all games for free, Duncan was influential in the expanded streaming reach.