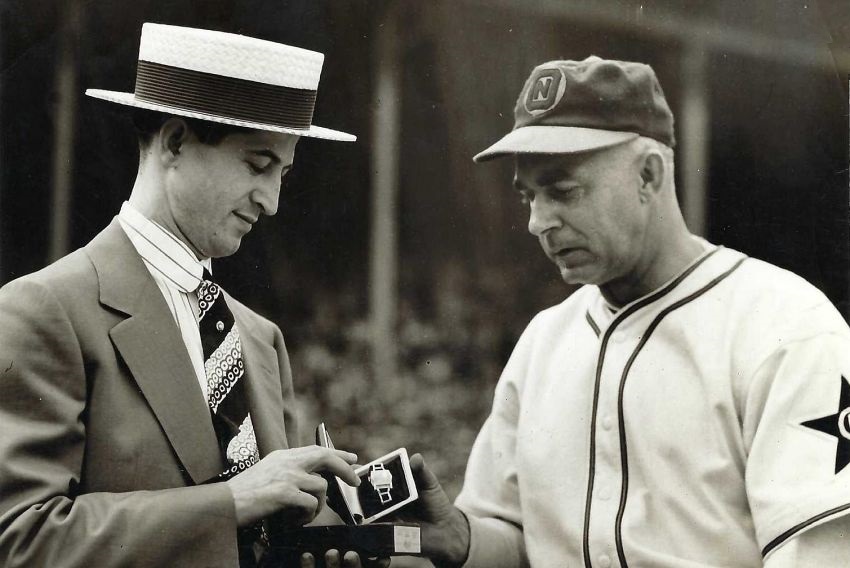 Larry Gilbert was most known in local baseball circles as a long-time successful player and manager for the New Orleans Pelicans baseball team from 1917 to 1938. However, before that part of his legendary career occurred, the New Orleans native was a member of one of the most famous major league teams in baseball history.

The Boston Braves in 1914 became known as the “Miracle Braves” because they were in last place in the National League on July 18 and wound up miraculously winning the pennant by 10 ½ games over the New York Giants. Gilbert was an outfielder on this Braves team in his major-league debut season.

After playing semi-pro baseball in New Orleans, Gilbert signed his first professional contract in 1910 as an 18-year-old pitcher. When he injured his arm from overuse of the curveball, he converted to an outfielder and quickly worked his way to the Milwaukee Brewers in the American Association in 1913.

He was selected in the minor-league draft by the Boston Braves before the start of the 1914 season. Manager George Stallings saw him play in spring training, liked what he saw, and put him in the Opening Day starting lineup.

Gilbert injured ligaments in his ankle early in the season, but the Braves kept him on their roster. He platooned with several other players in the outfield and was used frequently used as a pinch-hitter. In 72 games, he hit .268 with five home runs and 25 RBIs.

The Braves mounted one of the most startling single-season turnarounds in major-league history.

They had a record of 35-43 on July 18, mired in the cellar of the National League where they had been for all but nine games since the start of the season.

Their dramatic turnaround began on July 19. From that date through August 25, the Braves lost only six games, putting themselves in a tie for first place with the Giants.

The Braves continued their winning ways, as they posted an unthinkable 26-5 record during the month of September. Because the Braves’ home ballpark couldn’t handle the large crowds, they moved many of their games in the final month to Boston Red Sox’s Fenway Park. By the end of the regular season, the Braves had built a 10 ½ game lead over the Giants.

The Braves swept the Philadelphia A’s in four games of the World Series. Gilbert made one pinch-hit appearance, drawing a walk. He was the first native of New Orleans to play in a World Series.

Gilbert decided that he preferred playing in the minors, specifically in his hometown. He was sold to the Pelicans for the 1917 season for $2,500, considered a large amount for that time.

He proceeded to play nine seasons for the Pelicans, while managing the team for 15 seasons. During 1923 through 1925, he served as both player and manager. He became a popular figure in New Orleans, as he brought Southern Association titles to the city in 1923, 1926, 1927, 1933, and 1934. He turned down offers to go back to the majors.

After the 1938 season, the city was shocked when Gilbert left New Orleans for Nashville, where he became a part-owner of the team in addition to serving as manager. He added three more Southern Association titles to his resume in 1942, 1943, 1944, and 1948. He was reportedly the highest paid manager in the majors or minors in 1941.He retired as manager after the 1948 season but continued as Nashville’s business manager until 1954. With 2,128 career wins, he is one of the best minor-league managers of all time.

Larry Gilbert Stadium in New Orleans is named in his honor.

Gilbert’s three sons Larry Jr., Charlie, and Tookie were prep stars at Jesuit High School in New Orleans before following in their father’s footsteps in professional baseball. Each of them played a minor-league season for their father during their careers.