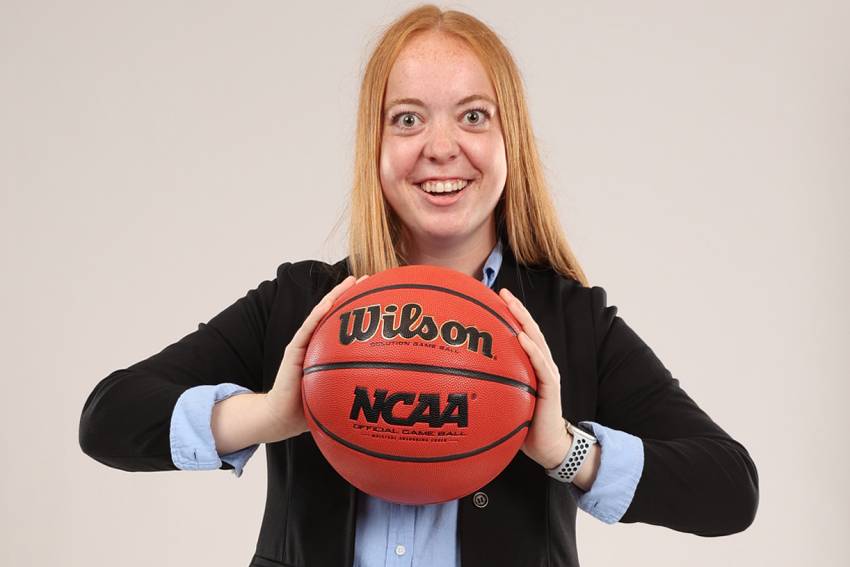 NEW ORLEANS – University of New Orleans men’s basketball student-manager Abigail Blink was one of just four UNO students selected to receive an engineering scholarship sponsored by the American Bureau of Shipping, announced by the university on Tuesday.

Blink, a junior from West Chester, Ohio, has been a student-manager for the Privateers since she arrived on the Lakefront. To go with her duties with the team, Blink is also a member of Tau Beta Pi, the Society of Naval Architects and Marine Engineers and Chi Alpha Christian Fellowship.

“We are so proud of Abby and this incredible honor being selected for the American Bureau of Shipping scholarship,” head men’s basketball coach Mark Slessinger said. “She is a great asset and team member within our program. Her character, honesty, commitment, and integrity are what you dream of seeing in students and team members. We know great things lie ahead for her in the future.”

After graduation, Blink intends to work for the Naval Undersea Warfare Center, which is headquartered in Middletown, Rhode Island. The organization is the United States Navy’s full-spectrum research, development, test and evaluation, engineering and fleet support center for submarines, autonomous underwater systems, and offensive and defensive weapons systems associated with undersea warfare.

The Houston-based American Bureau of Shipping donates $10,000 annually to the University of New Orleans for student scholarships. This Spring, the school honored four students with a $2,500 award for their hard work in and out of the classroom.