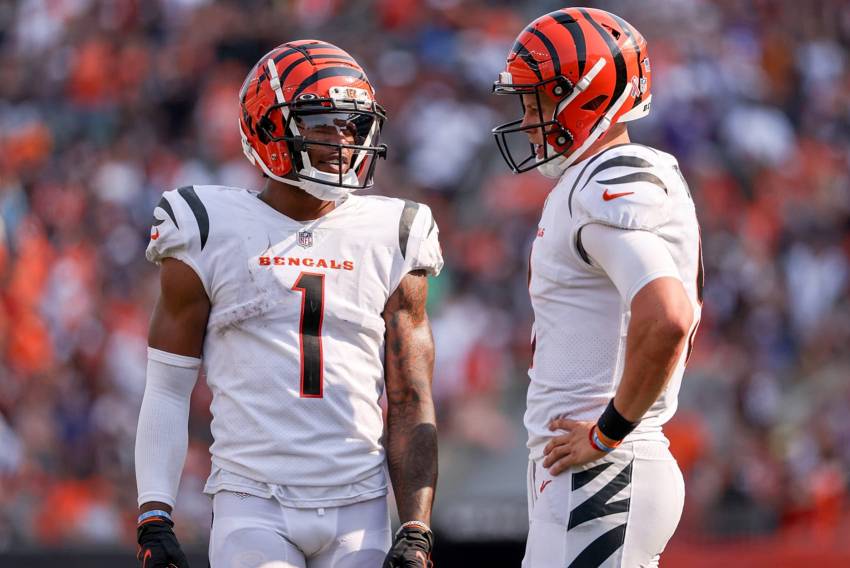 The most anticipated game of the 2022 season for the New Orleans Saints will be played in the Mercedes-Benz Superdome.

That, of course, will happen when the Cincinnati Bengals visit New Orleans.

That was assured when the NFL announced that the Saints will play the Minnesota Vikings on October 2 in London.

It is a bad news, good news scenario.

The bad news is that it is a Saints home game so New Orleans loses a Dome game in a year where the Saints have the ninth home game after having just seven last year due to Hurricane Ida.

The result is just eight “home” games in 2022 and, of course, with the odd number of games (17) now played with an alternating year format for having nine home games, New Orleans will end up hosting eight or less of their 17 regular games for three straight seasons as that will be the case in 2023.

No doubt the NFL and the good folks in London will throw a good party and treat the “home” team well, 4,624 miles from home.

No doubt that many ardent Saints fans will make the nearly 10-hour flight, which, of course, will become longer via a connection. The NFL will make available an allotment of tickets to New Orleans Saints season ticketholders.

No doubt the Saints will show up and play hard.

No doubt the game time will interfere with church plans.

The Saints will play in Tottenham Hotspur Stadium for the first time, having played their two previous regular season games in Wembley Stadium.

The Saints have a long history of playing games abroad and it is a successful history, with New Orleans going unbeaten at 5-0 in those contests.

The Saints are 3-0 in preseason games played abroad.

In those preseason games, New Orleans beat Philadelphia 14-7 on August 5, 1978 in Mexico at Estadio Azteca.

My sister danced for the Saints at the time and my parents made the trip as well.

It was a financial failure and the Saints even had issues flying in to Mexico City.

My wife danced for the Saints at the time and enjoyed the experience and clearly won their “dance-off” with the Raiders dance team.

On July 31, 1993, the Saints played the Eagles again out of the country, squaring off in the Tokyo Dome in Japan with the Saints winning 28-16.

The fact that New Orleans is 5-0 playing out of the country is certainly good news.

So, too, is the fact that the Saints will now get to host the Cincinnati Bengals in New Orleans.

The Bengals are a hot commodity, having won the AFC and narrowly lost in the Super Bowl this past season.

The Bengals have the lame “Who Dey?” chant, a poor stepchild to the original “Who Dat?” chant of Saints fans, emanating from high school games in the 1970’s in New Orleans.

The Bengals feature huge local star power which will make the game the toughest ticket of the season for any Saints game and one of the toughest, most expensive tickets of any regular season game in the 2022 season.

Vonn Bell is returning to New Orleans, where he played efficiently for the Saints from 2016-19.

So, too, is Trey Hendrickson, who blossomed into a bonafide NFL star in his fourth and final season with the Saints in 2019.

Former LSU tight end Thaddeus Moss should return to the state where he starred for the Tigers.

Former Tulane star Cam Sample is returning to New Orleans where he played for the Green Wave.

Former Evangel Christian and Louisiana Tech star Trent Taylor will be back in his home state.

The Saints of Mickey Loomis, Sean Payton and now Dennis Allen have chosen seven Buckeyes in the draft in 17 years.

Remember Antonio Pittman in 2007? The fourth-round pick did not make it, largely due to the emergence of undrafted free agent and future Saints Hall of Fame inductee Pierre Thomas.

Malcolm Jenkins arrived in the first round in 2009 and played here through 2013. Jenkins returned to the Saints in 2020 to finish his career here.

Michael Thomas and Bell arrived in the second round in 2016.

Marshon Lattimore came in the first round in 2017.

It was Pete Werner’s turn in the second round in 2021.

Now, Chris Olave arrives as a first round pick this year.

Then, there is the saga of Eli Apple and his rabbit ears, another former Ohio State player who played for the Saints.

Those ears will hear more than the rabbit can possibly bargain for from Saints fans in a city which he has derided publicly after failing to make his mark as a member of the Saints.

New Orleans fans will no doubt greet Apple appropriate to his words.

New Orleans fans will no doubt make the trek to London for a “home” game.

It simply will not be anywhere near the number that would do so at home in the Dome.