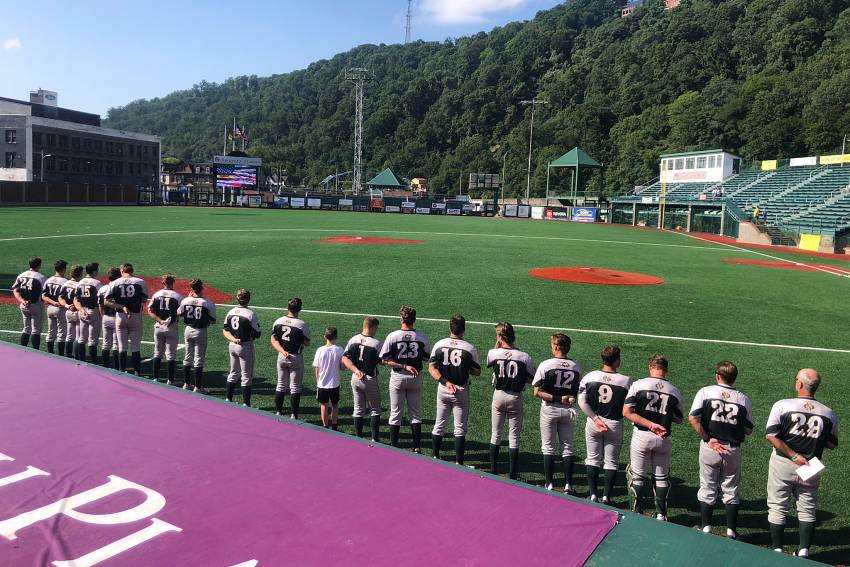 Johnstown, Penn. – The New Orleans Boosters defeated New Brunswick 11-6 to advance Thursday to the semifinal round of the 2022 AAABA National Tournament.

New Orleans’ Logan O’Neill scored the game’s first run on an overthrown ball in the second. Tyler Cook reached on a walk, stole second and advanced on the error and scored on a double by Bryan Broussard to give the Boosters an early 2-0 lead.

New Brunswick hit a solo home run on the second to cut the lead in half. In the fifth, New Brunswick played four runs on three hits including an RBI double and single.

Stephen Klein led off the sixth inning for New Orleans with a triple and scored on a groundout.

In the seventh, Jake Kaufmann and Christian Westcott reached as hit batters. JT Singletary reached on an error before Logan O’Neill’s two run single tied the game. O’Neil scored on Norris McClure’s double. In the eighth, Kaufmann led off with a single and advanced on a double before scoring on a groundout by Singletary. In the ninth, Bryan Broussard reached on a leadoff single, Cade Pregeant walked, and Kaufmann singled to load the bases before Christian Westcott’s sacrifice fly plated a ninth run. Singletary tripled to score the Boosters’ final two runs.

The Matrix’s Logan Rooney homered in the ninth for a sole run.

Kaile Levatino earned the win in relief of starter Kyle St. Pierre, who pitched five innings and struck out seven and walked one.

The Boosters will play Johnstown-Martella’s at 1:30 Friday with the winner advancing the the finals Saturday.

This year marks the 76th anniversary of the New Orleans’ franchise’s first AAABA appearance in 1946. The Boosters are the two-time defending national champions.