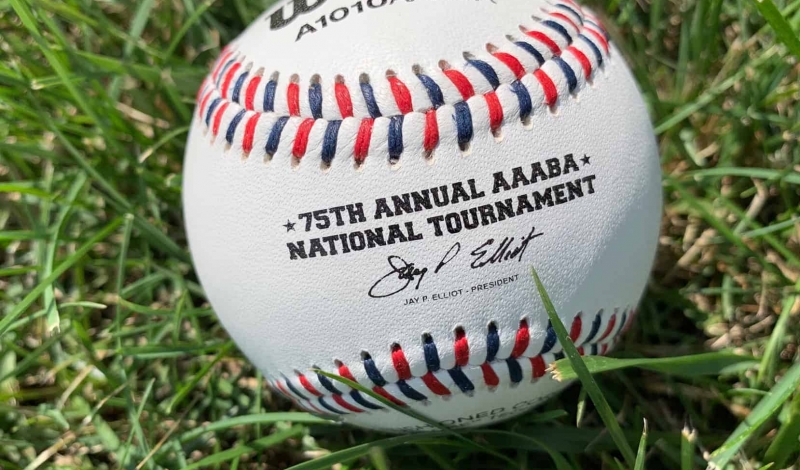 Johnstown, Penn. – The New Orleans Boosters defeated the Columbus Knights 6-3 Tuesday to improve to 2-0 in the pool play round of the All-American Amateur Baseball Association National Tournament.

New Orleans’ Jake Kaufmann singled in the third inning and advanced on a sacrifice bunt by Bryan Broussard before scoring on a single by Cade Pregeant for the first run of the game. Christian Westcott led off the fourth on a single, advanced on a groundout and scored on a single by JT Singletary to give the Boosters the 2-0 lead.

In the bottom of the inning, Columbus’ Noah Sprowls led off with a walk and scored on a double by Brayden Quincel. Quincel advanced on a bunt before scoring on a sacrifice fly to tie the game at two through four innings.

In the seventh, Bryan Broussard led off with a single and advanced on a single by Cade Pregeant. Broussard scored on a sacrifice fly by Christian Westcott to give the Boosters the 3-2 lead. Logan O’Neill led off the eighth frame as a hit batter and advanced on an error and walk before scoring on a fielder’s choice. Columbus cut the lead in half on a sacrifice fly in the eighth to make for a 4-3 game.

In the top of the ninth, JT Singletary singled and Logan O’Neill reached on a double before Norris McClure’s two out double plated both runs to expand New Orleans’ lead to 6-3 and close the game’s scoring enroute to the victory.

New Orleans starting pitcher Chris Olivier picked up the win, pitching seven innings and striking out twelve while allowing only one walk. Kaile Levatino earned the save closing the final two innings.

The Boosters (2-0) will face Philadelphia (2-0) in game three of the pool play round Wednesday at 1:00 EST. The two teams will advance to the tournament’s single elimination round beginning Thursday.

This year marks the 76th anniversary of the New Orleans’ franchise’s first AAABA appearance in 1946. The Boosters are the two-time defending national champions.