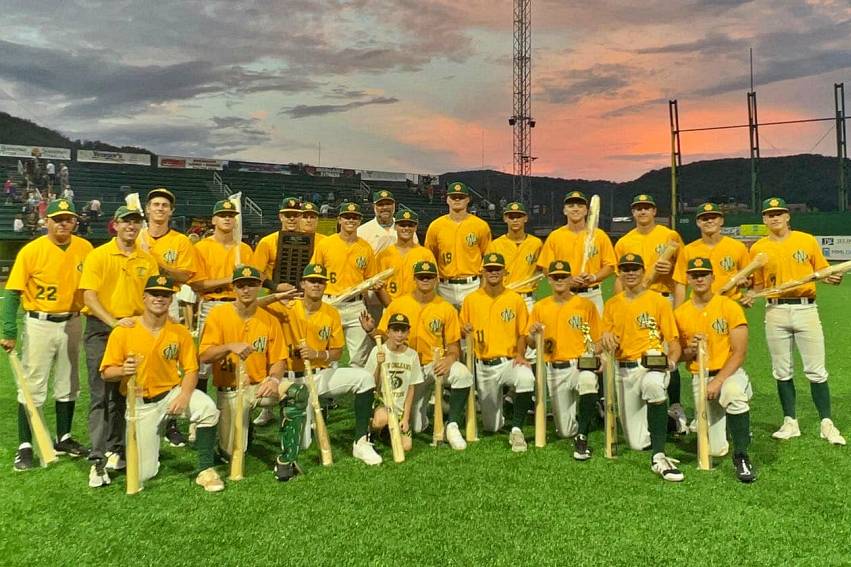 Cade Pregeant led off the game with a single, stole second, and advanced on a single by Brady Faust before scoring on a sacrifice fly by Christian Westcott for the game’s first run. Pregeant singled to lead off the third inning, stole second, and advanced on a groundout by Brady Faust and scored on a groundout by Christian Westcott to give New Orleans a 2-0 lead.

In the fourth, Johnstown’s Christian Zilli homered to cut the lead in half. Johnstown threatened in the sixth but was retired by two strikeouts and again in the seventh before a diving catch by Logan O’Neill in deep right field prevented a tied game.

Christian Westcott led off the Boosters’ eighth with a single and advanced on a passed ball and sacrifice bunt by Stephen Klein. JT Singletary reached on a bunt single before Norris McClure singled to add a third Booster run. Tyler Cook’s triple plated two runs to pad New Orleans’ lead to 5-1.

Starting pitcher Chris Olivier pitched seven innings and struck out 11 to hold the Boosters’ lead and earn his second win of the tournament, along with Co-Most Valuable Player accolades that he shared with Bryan Broussard (.524 average, 11 hits, 10 RBI, 9 runs scored). Norris McClure earned Tournament RBI champion with 11 runs batted in over the week.

In his remarks after the game, Boosters manager Joey Latino praised the players and staff in “representing a tradition that exceeds words” and said “we’re proud of these men and how they represented our franchise. To once again call ourselves champions means a great deal to us. We love this city and are proud to call it our second home.”

The Boosters shattered a 70-year old tournament record for stolen bases, compiling 34 bags to break the previous record of 22 steals set by Pittsfield, Massachusetts in 1952.

The roster includes players hailing from across the metro area and representing several local colleges and universities including Delgado, Samford, Southern Miss and Spring Hill.

This summer marked New Orleans’ 76th anniversary of its first AAABA appearance in 1946.