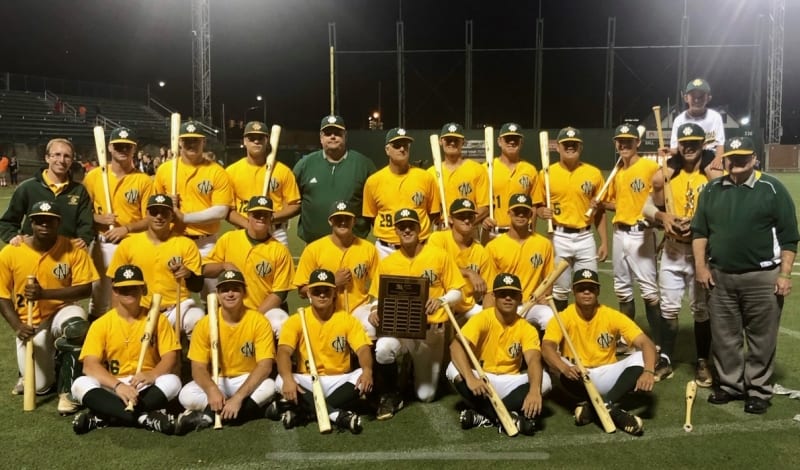 New Orleans took a two-run lead in the eighth when Grant Schulz led off with a single, advanced when Brayden Jobert reached as a hit batter. Both runs scored on a single by Greg Thompson to put the Boosters ahead.

In the ninth, New Orleans reached on back to back singles by Michael Stutes and Brandon Duhon.

Duhon scored on a wild pitch and Schulz scored on a groundout for the Boosters’ fifth run. Martella’s added a run in the ninth before the game ended to secure the franchise’s 16th national title.

Daniel Dugas picked up the win on the mound in relief of starter Ian Landreneau, who went into the sixth inning. Dwain Varisco closed out the championship in the ninth.

Schulz was named the tournament’s most valuable player with a .429 batting average, including 12 hits (two doubles, one triple) and 13 RBIs in six games.

Both finalists entered the championship game with 5-0 records. The Boosters avenged a loss to Johnstown in the 2018 final.

New Orleans has been a franchise of the AAABA since 1946. This tournament victory marks the franchise’s 16th National Title and 28th appearance in the AAABA title game. The Boosters had most recently captured titles in 2015 and 2017.