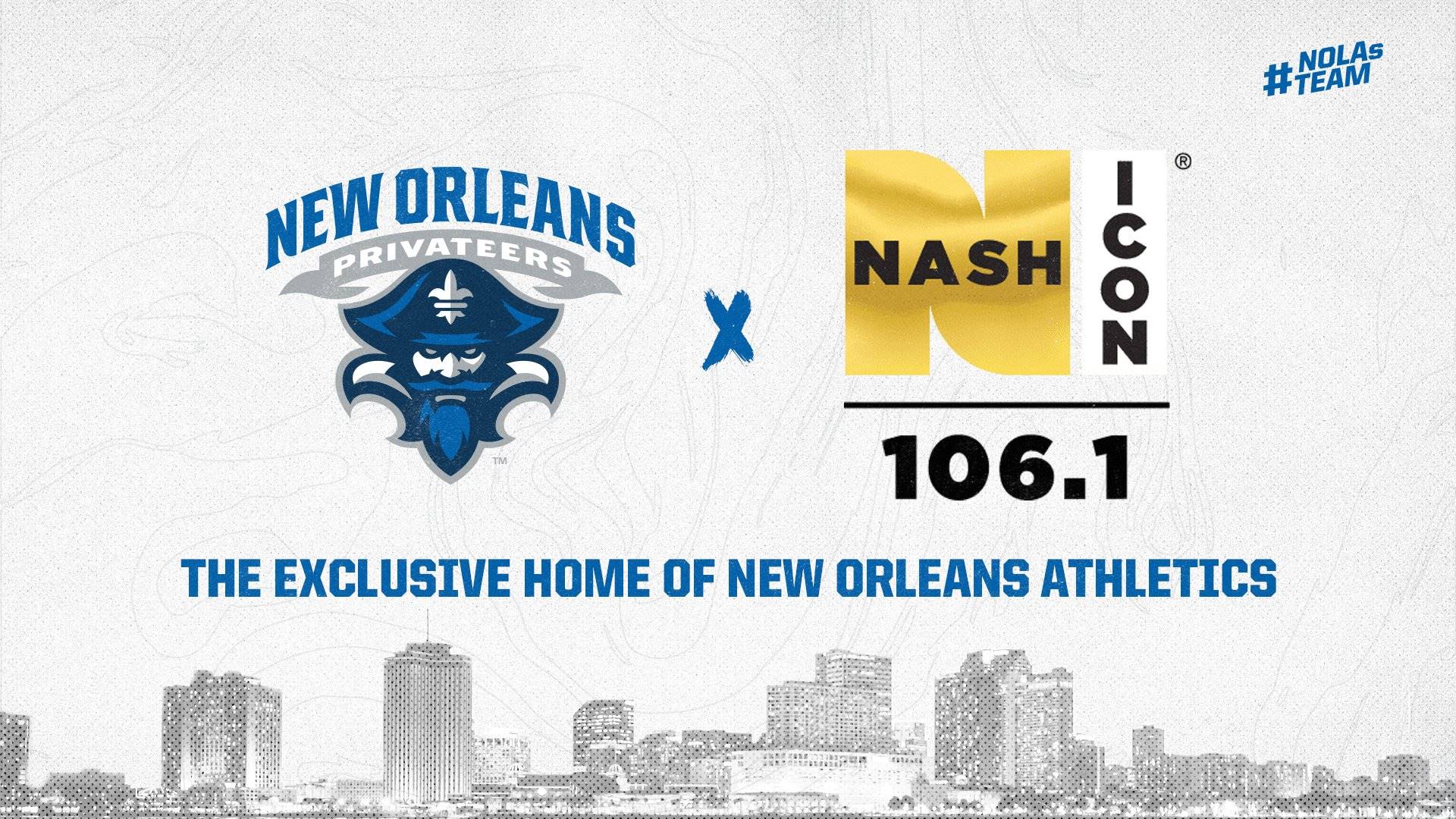 THE SPECIFICS
106.1 FM NASH ICON will be the radio home of all men’s basketball games throughout 2019-20 and all Friday baseball games, the LSU contest and the Tulane series. New Orleans has won the Pelican Cup in the first two baseball seasons of its reinstatement.

Radio audio broadcasts will be paired with free video streams for home games. Catch Jude Young and Emmanuel Pepis all season long as the Privateers return to the radio airwaves, beginning with the men’s basketball season opener on November 5.

The Privateers will run several spots throughout the year on all Cumulus Radio Station Group affiliates. The Privateer Minute, previewing the upcoming week in New Orleans Athletics, will air Mondays, beginning September 30.

“The partnership with Cumulus Radio is a direct result of our branded listening tour, #100Meetings100Days,” said Director of Athletics Tim Duncan. “During the past three months, many people within Privateer Nation told me that they wanted to hear New Orleans Athletics back on the radio. After that strong message, we went to work to find the right partner. Cumulus Radio, led by University of New Orleans alumnus, Pat Galloway, was the obvious choice.”

Duncan continued, “Our goal was to partner with an FM station so our fans from the Mississippi Gulf Coast to East Baton Rouge and from St. Tammany to down Terrebonne Parish could enjoy their New Orleans Privateers.”

Prior to the start of the fall 2019 campaign, the Privateers announced a free video stream for all home men’s and women’s basketball, volleyball and baseball on UNOPrivateers.com/watch.

“Adding a radio partner and removing our web stream from behind a paywall were two key strategies within an overall objective of increasing our engagement with Privateer Nation,” said Duncan. “These efforts will allow us to utilize better storytelling to develop a closer connection with our fan base and Privateer student-athletes and coaches.”