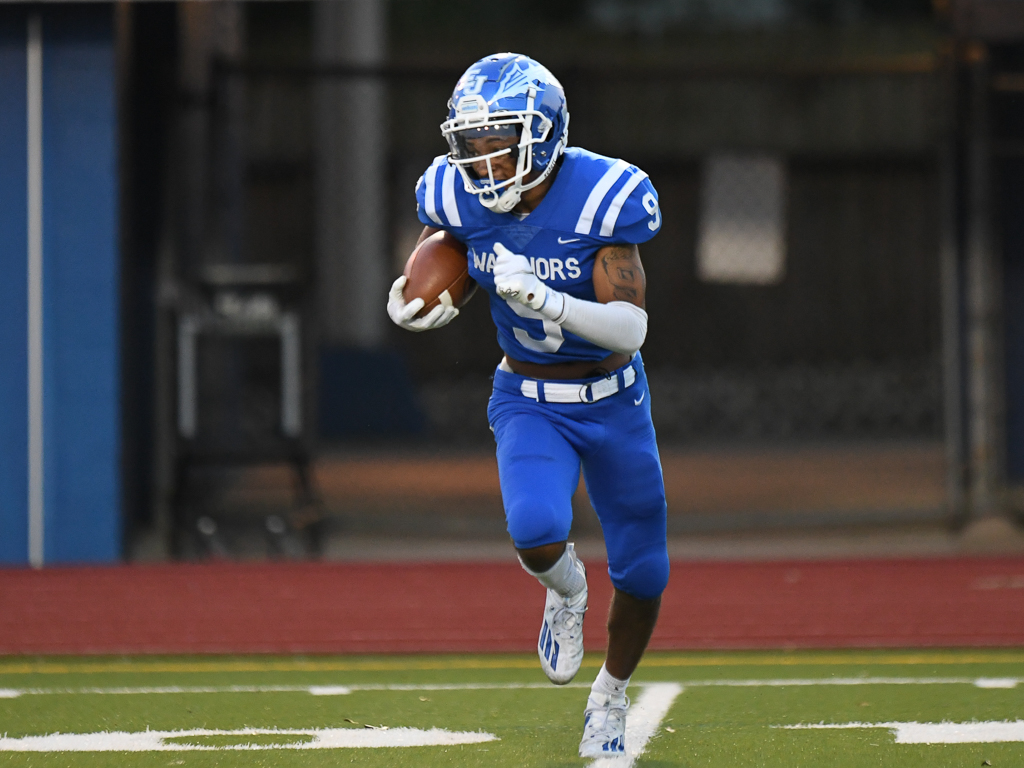 It was just nine years ago that East Jefferson got the attention of everyone in Louisiana, surprising many by winning the Class 4A state championship with a perfect record, upsetting powerful Karr in the title game for the first and only state title in program history.

Since then, the Warriors have seen Nick Saltaformaggio move on, as well as Marc Martin and Frank Allelo.

Angel Cardona served as offensive line coach under Allelo a year ago, his first year on the job. Cardona had been living and teaching in Puerto Rico before moving to the Miami, briefly, in 2020.

Then, Harris landed a job in Metairie at T.H. Harris coaching football. T.H. Harris is the primary feeder school for East Jefferson.

Cardona joined the staff of Allelo in 2021.

Now, he takes over the program after Allelo departed to rejoin his mentor Hank Tierney on his new staff at Archbishop Shaw.

“It’s a blessing, how quick things moved and how the opportunity opened up,” Cardona said. “It was a shot in the dark when I applied. The staff threw their hats in the ring and luckily, I got it. I wasn’t really expected it. My vision aligned with the school’s vision. I have the opportunity of a lifetime.”

Cardona inherits a young team in a bit of a rebuilding mode.

There are 10 starters returning, including five on each side of the ball.

The offense returns five starters with the strength lying at wide receiver in the spread formation.

“The receiver spot is our best spot,” Cardona said. “We really like our guys, the entire group. Johnson is our best and he has a great future.”

The quarterback is a very good athlete in senior Jalen Guillard (6-0, 170), an outstanding two-way player.

“We really don’t have a pure quarterback but we have a really good athlete at quarterback,” Cardona said. “We moved him to the position in the spring and he is picking it up niclely. He still has work to do in the decision making aspect of the game but it is about experience. He is a college prospect. He is a three-sport guy.”

The defense features a pair of returning starters and stars in senior linebacker Charles Atkins (6-4, 230) and Guillard at free safety.

“Henry is a very good receiver and that is his future,” Cardona said. “He is consistent. Tobias is back with an incoming freshman.”

“We have two players who are three-year starters in Jackson and Leray,” Cardona said. “Washington started at guard last year. That experience will help the others who start. Lamar Smith moves from the defensive line and the move is working out pretty well. He should be a breakout player. We’re about six-deep up front.”

The defense returns five starters as well with the clear strength up front.

The defense features a pair of returning starters and stars in senior linebacker Charles Atkins (6-4, 230) and Guillard at free safety.

“Manny returns as a sophomore and he did really well as a freshman and will be an impact player,” Cardona said. “Atkins is a three-year starter. He is working really hard and he should have a great senior year. He will be an edge player on the next level but he may play some inside linebacker for us.”

“We have some experience but not a lot of playing experience,” Cardona said. “Jalen is an outstanding player on defense.”

The season opens at Kenner Discovery on Sept. 2 before the Warriors host Haynes Academy and Central.

“We are looking for a week two opponent,” Cardona said. “We would love to have that tenth game. Kenner Discovery is growing yearly under P.J. Sprunk. That will be my first game as a head coach. Central is an outstanding program. Haynes is a Jefferson Parish rivalry.”

District 8-5A play begins on Oct. 1 at Hoss Memtsas Stadium against Higgins before the Warriors travel to face Chalmette. Home games at Joe Yenni Stadium follow against Bonnabel and West Jefferson. The final two games are on the road against John Ehret and at Yenni against Grace King.

“We were able to beat West Jeff in a close game last year,” Cardona said. “We hung in with Chalmette, who won the district. We competed with Ehret twice but they wore us down. The best teams had those one or two pieces more than we had. We have to build it up to compete with them. They are the three teams that are the cream of the crop in our district.”

With a mixture of returning starters, new players and a new head coach, the key to success for the Warriors in 2022 will be how quickly the mesh takes place.

“We have players who have been part of a pair of playoff teams,” Cardona said. “A 5A school with about 40 kids is not enough. We are very young. We need to get to 70-80 like most 5A schools have to be a real threat.”