Last week, inspired by the rebroadcast of Pete Maravich’s 68-point game for the New Orleans Jazz, I began a 10-part series on the most memorable moments, individuals and seasons of my sports writing career.

That first installment focused on the NBA, and future installments will feature similarly narrow focuses.

But this second installment will be a miscellaneous collection of memories that didn’t quite fit in any of the other categories – a sort of collection of one-hit wonders, or two-hit in one case.

A second professional football team arrived in New Orleans when the Boston franchise of the fledgling United States Football League relocated in 1984.

The Breakers weren’t the Saints and they weren’t playing in the NFL, but they were an interesting diversion during the Saints off-season.

New Orleans businessman Joe Canizaro was the owner of the team and made a big splash by drafting and signing former Oklahoma University star running back Marcus Dupree.

The team held training camp at what was then known as Southwestern LouisianaUniversity (now Louisiana-Lafayette) in Lafayette.

Covering the USFL was much different than covering the Saints. Coury would routinely pull players, including Walton, out of drills during practice to be interviewed.

The laid-back attitude was refreshing compared to the uptight NFL. Unfortunately the Breakers lasted just one season in New Orleans. Canizaro moved the franchise to Portland, Oregon for the 2015 season after the league decided move to the fall in 2016.

But the league folded before the fall of 2016.

I haven’t covered a lot of golf tournaments, but the first and most memorable one I covered was the 1985 USF&G Classic (now known as the Zurich Classic) at Lakewood Country Club.

Chip Beck, who shot a 26-under-par 262 and finished seven strokes ahead of Lanny Wadkins, broke Lee Trevino’s course record and tournament record. He had a chance to tie Ben Hogan’s PGA record score for a 72-hole event, but left his 10-foot putt inches short.

“I’m a little disappointed I left it short,” Beck said with a smile afterward. “But, really, how can I be disappointed? Man it was a lot of fun, let me tell you.” 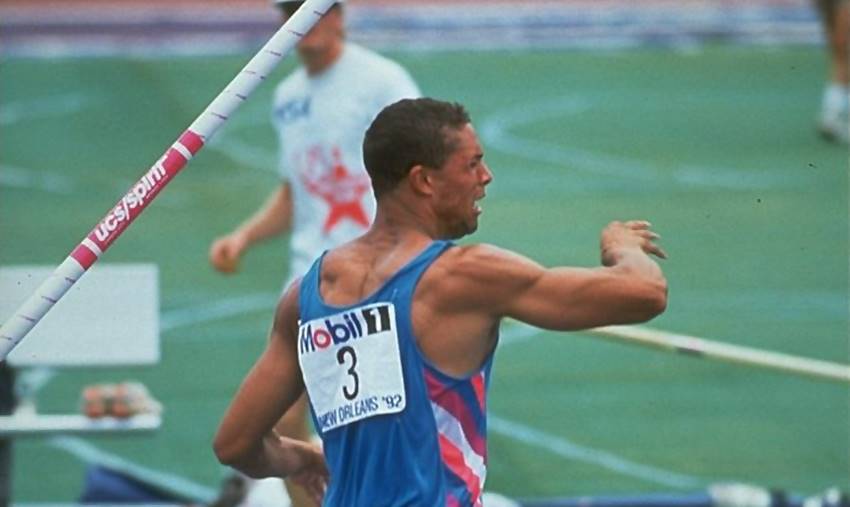 Most of the sporting events we get to cover in New Orleans are football, basketball and baseball games, but a special opportunity came with these Olympic Trials at Tad Gormley Stadium.

Sprinter Butch Reynolds’ ability to participate was in limbo for days while the United State Supreme Court evaluated his lawsuit challenging a suspension based on a failed drug test. Ultimately he was allowed to run, but failed to qualify for the Barcelona Olympics.

Among the biggest names who did qualify for the U.S. team were UL-Lafayette’s Hollis Conway, Carl Lewis, Gwen Torrence, Gail Devers, Evelyn Ashford and Jackie Joyner-Kersee.

Baseball is the best game there is.

Softball is essentially the same thing and I had the opportunity to cover one of the elite softball programs in the country when I followed coach Beth Torina’s LSU team in 2015 and 2016.

The Tigers were a national championship contender in both seasons, which both ended at the Women’s College World Series in Oklahoma City.

The 2015 team didn’t have to leave TigerPark to qualify for the WCWS, winning the SEC tournament, an NCAA regional and a super regional on campus before going 2-2 in Oklahoma City to finish 52-14.

The 2016 team lost in the final of the SEC tournament in Starkville, Miss., then swept a regional at home but had to travel to Harrisburg, Va., to play James Madison in a super regional.

It was quite possibly the biggest sporting event ever held on the JMU campus and the event drew standing-room-only crowds. The home team won Game 1, but LSU rebounded to win two games in one day and return to Oklahoma City.

The Times-Picayune sent me to Houston in August of 1985 to do a feature on Cincinnati Reds star Pete Rose as he was closing in on Ty Cobb’s career hit record, one of the most iconic individual records in all of sports.

I remember sitting in the visiting manager’s office in the Astrodome before the first game of a three-game series. Rose, who was player-manager, clearly enjoyed sitting with a leg propped up on his desk, swinging a bat and talking baseball with the small group of reporters.

The Reds lost that night and they were fading from the an NL West race that the San Diego Padres would win. As I and reporters from Cincinnati and Houston left the manager’s office after the post-game interview, Rose called out, “There’s always tomorrow. That’s what so great in about this game – there’s always tomorrow.”

I noted in my feature that it seemed there would always be a tomorrow in baseball for the 44-year-old Rose.

But four years later almost to the day, Rose was handed a lifetime ban from baseball for betting on Reds game while he was manager.

He remains banned from the game and his all-time hits record remains absence from Cooperstown.