It appears that the Bayou Classic football game between Southern and Grambling will not be played in New Orleans in November.

Southern athletic director Roman Banks said the game will be moved from the Superdome for this season and perhaps in 2021 also, apparently due to complications due to the COVID-19 pandemic.

Perhaps the displaced game or games can still be played in Louisiana, whether on the Jaguars campus in Baton Rouge, Tiger Stadium or Independence Stadium in Shreveport.

The apparent move of the Bayou Classic came to light as I was recalling memorable college football events and seasons that I have covered as part of my 10-installment memorable moments series.

We are fortunate in New Orleans and in Louisiana to have an unusually large number of opportunities to see up close top-flight college football, including the Bayou Classic. We have three bowl games, including the Sugar Bowl, which often includes national championship games.

There have been numerous memorable seasons from a variety of programs at both the NCAA I-A and I-AA level.

I’m going to have a separate installment on memorable experiences featuring LSU specifically.

The Advocate placed me on the Jaguars beat midway through the season. At first it didn’t seem like Dawson Odums’ first full season as head coach was going to be particularly memorable.

Southern began the season on the road against Houston and Northwestern State, losing by a combined score of 117-27. Things got better as the schedule softened, but still the Jaguars were just 4-4.

Then they won three straight games before routing Grambling in the Bayou Classic to capture the West division title.

That sent Southern to Houston, where it defeated long-time rival Jackson State 34-27 in double overtime to claim the overall SWAC championship with a 9-4 record.

This was a really good team that found itself in the second half of the seasons behind an excellent blend of senior leadership and younger talent.

Odums and his staff proved to be not only good at the football stuff, but the head coach implemented a series of cutting-edge measures designed to enhance the character and unity of the players.

It wound up being a memorable season all right and a season that showed Odums had returned the Jaguars to the lofty heights to which the program has generally been accustomed. 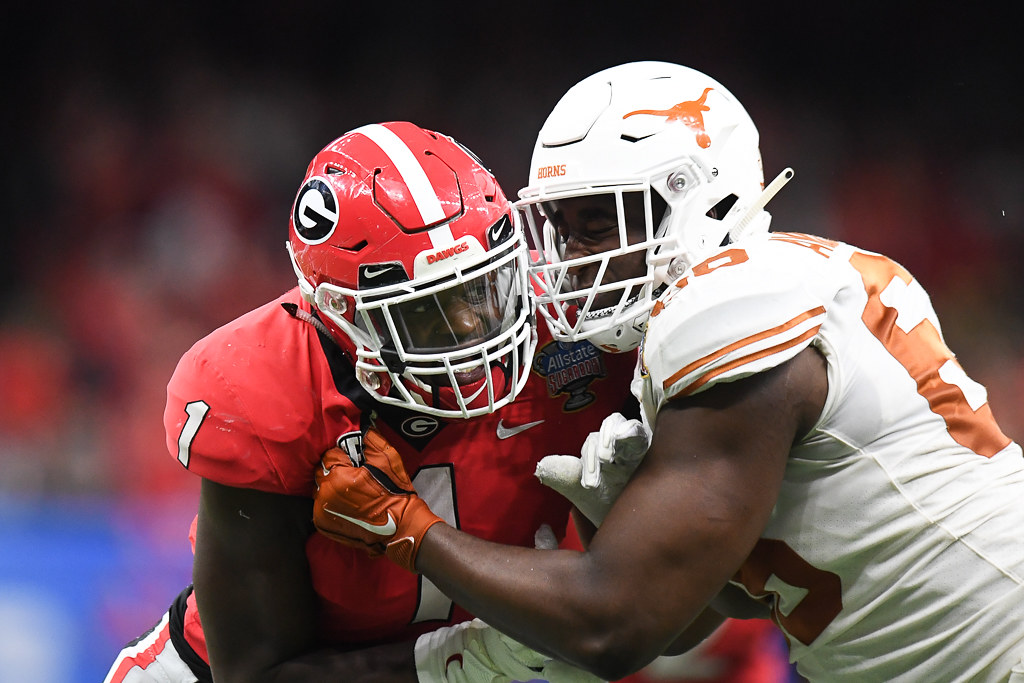 I’ve covered more than two dozen Sugar Bowls, some of which will be covered the installment on LSU football.

There have been many national championship games, many memorable players, coaches and teams, as well as games that were memorable despite the absence of national-championship implications.

Florida and Florida State met in multiple Sugar Bowls, led by two of my favorite coaches to cover – the Gators’ Steve Spurrier and the Seminoles’ Bobby Bowden.

College football has changed a lot since I started covering it and like most sports it is often times a mostly made-for-television occurrence.

But Sugar Bowl week in New Orleans remains a special time on each year’s sports calendar.

My first season covering Tulane for the Times-Picayune was 1989.

The Green Wave’s season opener that year was at Hawaii – a pretty good road trip to start off a new beat.

That Tulane team wasn’t a particularly good one, though it was competitive before losing 31-26 to a Rainbow Warrior team that would finish 9-3-1 and ranked No. 25 in the final Associated Press poll.

The Green Wave finished the season 4-8, but the opener provided an opportunity to experience the sights of Hawaii for four days.

Former Tulane coach Larry Smith had USC ranked No. 2 in the country and flirting with a possible national championship.

The Trojans were playing cross-town rival UCLA for the Pac-10 championship and a berth in the Rose Bowl.

If UCLA were to win, Smith would return to New Orleans to lead USC into its first Sugar Bowl appearance. If the Trojans were to win, FloridaState would take the spot opposite Auburn in the Sugar Bowl.

So win or lose, there was a New Orleans angle to the Trojans. The Times-Picayune sent me to Los Angeles to cover the game and do a feature on Smith, who had coached one of the best teams in Green Wave history – the 1979 Liberty Bowl team – before leaving to become head coach at Arizona.

A couple of things still stand out about my trip to the USC campus to do interviews for the Smith feature. One was how gracious and accommodating to me both Smith and assistant coach Bobby April, a Chalmette native and the only member of Smith’s Tulane staff who was also on his USC staff, were.

The other thing that stands out happened after I had concluded my interviews. I was waiting on a street corner on campus for a taxi when Smith pulled up in his car as he was leaving for home.

He said where I was standing wasn’t the safest place to be after dark and he drove me back to my hotel.

The game was a showdown between two elite quarterbacks in the Trojans’ Rodney Peete and the Bruins’ Troy Aikman in the Rose Bowl stadium in Pasadena.

Peete battled the measles during the week leading up to the game and his playing status was in doubt until game day. Aikman had better statistics, but Peete made enough important plays to help USC prevail and earn its spot in the Rose Bowl.

As Smith was leaving the interview room at the conclusion of his post-game news conference, I walked up to him. I joked that by winning the Pac-10 championship he was forcing the Sugar Bowl to “settle” for Florida State.

He looked at me with tears of joy in his eyes and said, “Sorry about that” as he winked at me.

Unfortunately for the Trojans, they lost at home to No. 1 Notre Dame a week later and their Rose Bowl game didn’t have national-championship implications.

Watching that USC-UCLA game in a stadium precisely divided into distinct halves featuring 50,000 USC fans and 50,000 UCLA fans with the San Gabriel Mountains as a backdrop was certainly memorable.

The game ended late in the afternoon, leaving time for me to file my stories, check out of my hotel and still catch a red-eye flight out of Los Angeles. I arrived in New Orleans shortly after daybreak, which enabled me to get to the Superdome in time to cover a Saints 42-0 victory over John Elway and the Denver Broncos.

All in all, it was an eventful few days.

Tulane was coming off a winning season and featured a talented roster so 1998 had the potential to be a very good season for the Green Wave. But no one anticipated just how good it wound up being.

Led by Shaun King, Jamaican Dartez, JaJuan Dawson and a host of others, the Green Wave endured early season complications such as a series of academic ineligibilities, and school, practice and travel disruptions from a tropical storm and Hurricane Georges.

King played with a broken wrist against Southern Mississippi, splitting snaps with Jeff Curtis, who entered the game when the quarterback was under center because King could handle only shotgun snaps.

Tulane had its closest call of the season a week later, but prevailed against Louisville (28-22) after a goal-line stand by the defense on the final possession of the game.

The Green Wave completed an undefeated regular season by being a pretty good Louisiana Tech team in front of an unusually large crowd of 40,000-plus on Thanksgiving night in the Superdome.

Tulane earned a berth in the Liberty Bowl, where it defeated BYU to finish 12-0. By that time Bowden had left to become head coach at Clemson.

Chris Scelfo was named to succeed Bowden and was the head coach of record for the bowl game. But it was offensive coordinator Rich Rodriguez who ran the show after choosing to stick around out of loyalty to the players before joining Bowden.

As a member of Conference USA, the Green Wave were never in the national-championship conversation that year and six teams finished ahead of the perfect Tulane team in the final AP poll.

But as far as the football stuff goes, no team can ever do better than what the 1998 Tulane did in winning every game it played.