Much has changed since LSU’s regular season series at Tennessee 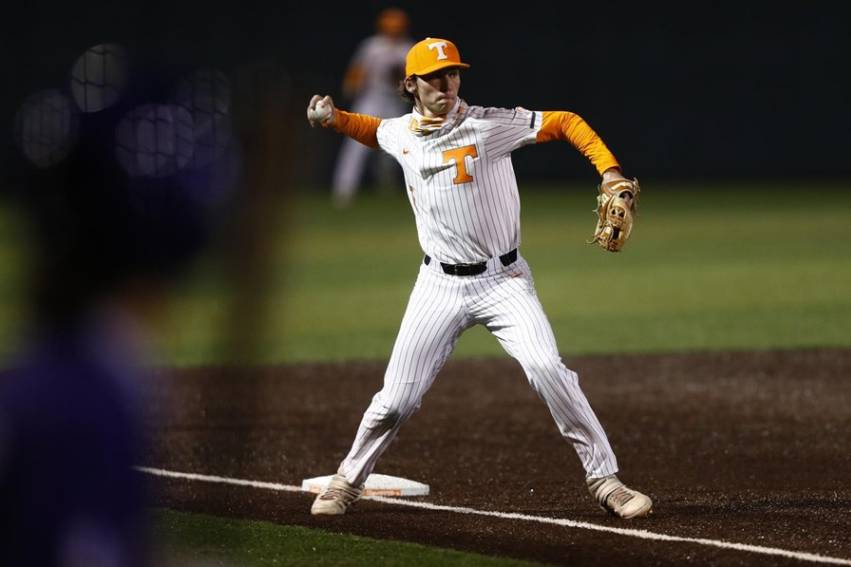 LSU visited Knoxville in its second SEC series of the season, when hope for contending for conference honors still ran high for the Tigers.

In its opening SEC series at home, LSU lost two of three to Mississippi State but that was not discouraging as the Bulldogs were ranked second in the nation and LSU won the Sunday finale.

The series at Tennessee was compelling stuff.

Every game was close, with the outcome in doubt until the final pitch.

Game one went to the Volunteers 3-1 in the Friday night contest on March 26.

Gavin Dugas homered in the top of the second inning off of Chad Dallas to give the Tigers the early lead.

Tennessee took the lead for good with two runs in the bottom of the third inning on an RBI triple by Jake Rucker before a passed ball scored the second run.

It stayed that way until the bottom of the seventh inning when Drew Gilbert doubled home a run to account for the final margin.

Dallas was dominant, going seven innings, allowing just the one run on five hits. He walked just one and struck out 11 Tigers, using 101 pitches to remain unbeaten on the season. Sean Hunley, who would pitch in all three games of the series, pitched two shutout innings in relief to pick up the save. Hunley allowed no hits, walked one and struck out one.

In game two on March 27, the Volunteers prevailed 9-8 in 11 innings in a game with many wild swings and lead changes.

Tre’ Morgan homered to start the game and LSU added a run in the top of the third to take a 2-0 lead. Tennessee tied it with two runs in the bottom of the second.

After LSU took a 3-2 lead in the top of the fifth, Tennessee came up with the big inning, scoring four runs in the bottom of the frame to take a 6-3 lead and added a run in the sixth inning to make it 7-3.

LSU could not put the game away as Tennessee scored the tying run in the bottom of the ninth on an RBI double by Gilbert off Ty Floyd.

Gilbert then walked it off with a home run off Devin Fontenot in the bottom of the 11th.

Will Heflin started for Tennessee, allowing two runs on six hits in 3 1/3 innings. Camden Sewell allowed three runs on four hits in three innings, Redmond Walsh was touched for three runs on five hits in just 1 2/3 innings. Kirby Connell pitched two shutout innings before Hunley got an important out and picked up the win.

In the final game, scheduled for seven innings on Sunday, Tennessee scored a run in the first inning and a run in the third to take a 2-0 lead. LSU battled back as Cade Beloso homered in the fourth inning to make it 2-1 before Jordan Thompson singled home the tying run in the sixth.

Tennessee won it in the eighth inning on an RBI single by Luc Lipcius.

Blade Tidwell started and went 5 2/3 innings for Tennessee, allowing two runs while scattering eight hits. Tidwell walked just one and struck out seven, using 108 pitches. Hunley went 2 1/3 innings of shutout baseball, allowing no hits with no walks and two strikeouts to pick up the win.

In the series, Tennessee outscored LSU 15-11 but the Tigers had 28 hits to just 23 for the Volunteers. LSU committed the only error in the series.

Lindsey Nelson Stadium has field turf, marking the second straight postseason weekend the Tigers will have played on the surface. Clearly, it is easier to play defense on turf, particularly infield defense where LSU has struggled, at times.

Labas was very good in his start at Tennessee and could get the call on Saturday, with Marceaux having thrown 46 pitches on Monday night and Hilliard having thrown 14. Marceaux used 101 pitches in the opening game of the Eugene regional while Hilliard tossed 65 pitches in the Saturday victory over Central Connecticut.

While Tennessee is at home and will have a packed house with a hostile crowd, LSU is loose as can be, playing with house money and playing for Paul Mainieri.