Most likely new impact performers for LSU in 2021

LSU’s defense was ranked 99th in the country in 2020, yielding nearly 35 points per outing to the opposition. The unit got a face lift this offseason, led by new defensive coordinator Daronte Jones, defensive line coach Andre Carter and linebackers coach Blake Baker.

Offensively, Jake Peetz was assigned this offseason to spice up the offense as the new coordinator, bringing with him considerable NFL experience, while D.J. Mangas, the new passing game coordinator, spent 2020 as the offensive assistant to Joe Brady in Carolina.

There are some new arrivals on the roster who could be considered key contributors, while others less expected to feature might rise up and reach stardom this season. Here’s a look at the most intriguing players yet to make an impact for the Tigers but primed to so this fall.

The former Clemson starter has been ranked as the best transfer from the ’21 transfer portal. He possesses speed, versatility and athleticism. In nine games last fall, Jones totaled 26 tackles, 4 TFL and 2 interceptions. He can play Rover in the Tigers’ 4-2-5 base alignment. He moves like a safety, good in space and coverage. Jones has three years of eligibility remaining but his eyes are firmly on the NFL. He brings championship-level experience and savvy to the position.

Another transfer, Burns has SEC experience, having spent 2020 at Georgia. The former Madison Prep star was the the 11th ranked safety nationally in the ’20 signing class and the No. 4 rated recruit in Louisiana but he ended up in Athens after originally committing to the hometown Tigers. Burns has terrific range, and his talents could lend to significant playing time right away.

Technically, he is not a new arrival, but many have been waiting for this rose to bloom in Baton Rouge. If not now, when? Ed Orgeron has maintained in the past that the sophomore could end up as the best lineman on the offensive side of the ball. If he puts it all together, look out. Orgeron told 247 Sports last spring, “I believe Anthony’s probably our most talented offensive lineman, but he needs to show it. He can cover up a three-technique. He has good feet.” The Muskegon, Michigan product will he afforded every opportunity to be crack LSU’s starting lineup despite all five starters back with perhaps the best chance coming at right guard.

A 2021 signee, Smith was top ranked player in the state of Mississippi. He drawns some camparisons to Devonta Smith (no relation), the 2020 Heisman winner, when the latter landed at Alabama as a freshman. Deion is much bigger and stronger as a true freshman. He excelled as return specialist in high school and participated in sprints, hurdles and triple jump as well. He is a burner with an outstanding catching radius. Starting spots outside of sophomore sensation Kayshon Boutte are there for the taking, and this rookie may be able to take advantage.

Playing another spot where a freshman can make an immediate impact, Goodwin set Alabama state record with a 6.82 time in the 60 meters. The Trussville native was the fifth ranked running back nationally in the most recent signing class. He compact power runner helps Goodwin explode through the hole. He is a cutback runner who also breaks tackles. He’s hard to corral in space. Goodwin was a one-time commit to Auburn before flipping to LSU.

The seventh ranked back in the nation for 2021, the product of Roger Bacon High School in Cincinnati totaled 7,130 career rushing yards and 116 touchdowns as a prepster. He was selected Mr. Football in state of Ohio. In a single game against Norwood, Kiner ran for 363 yards and seven touchdowns on only 17 carries. His high school coach Mike Blaut called him “a once in a lifetime back.” Kiner is a fierce competitor with terrific balance. 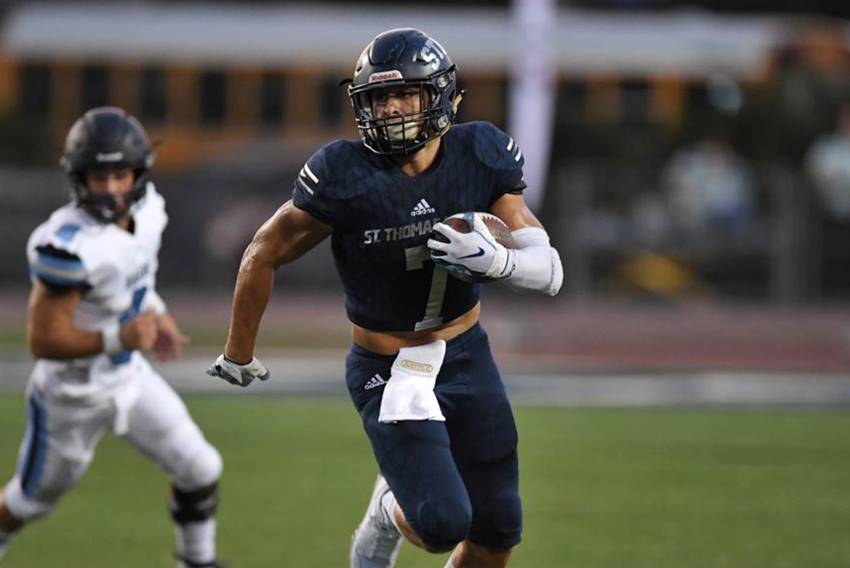 You can bet your bottom dollar this guy will see the field very early this season, barring injury. The St. Thomas More product possesses strong hands and underrated run-after-catch skills. He’s also a willing and capable blocker, which can help his cause to see snaps in multiple receiver roles. Bech could be a passing game mismatch if used as a tight end or H-back. In 2019, he had 150 grabs for 2,827 yards and 43 touchdowns over the past two seasons. HE has beaten double and triple coverage on the prep level. Kole Taylor is penciled in as the starter at tight while 2021 signee Jalen Shead is another option at the position, but Bech a threat neither can match. A perhaps pass-heavy LSU offense might see Bech on the field taking starter-level snaps as a true freshman.

The Terrebone High alum has drawn comparisons to “a more flexible Michael Brockers” from lontime LSU strength and conditioning coach Tommy Moffitt. The freshman defensive lineman will experience a learning curve as he faces more advanced linemen in the SEC but Smith is special. He could have a similar impact as Glenn Dorsey had in his freshman season.

The top ranked JUCO middle linebacker out of Mississippi Gulf Coast is already a starter. His two-year total includes 163 stops, 29.5 TFL and 13.5 sacks. He is a plug-and-play type. Naturally quiet, the only sound emanating from him on the field is usually the loud cracking of pads against an opposing ballcarrier. Originally a commitment to Mississippi State before a change of heart, Strong is an SEC ready talent.

The West Monroe product ranked among the top prep punters in America and received high marks at the prestigious Kohl’s Kicking and Punting camp. He was recognized as the Ray Guy Prokicker.com top award prospect. Todd averaged over 42 yards with a 5.1 second hang time at West Monroe. With big shoes to fill following the departure of Zach Von Rosenberg who carried a 43.9 average, Todd is expected to step into the void immediately.

The Louisiana Gatorade Player of Year is capable of grabbing reps at nickel, safety or even cornerback. His very diverse skill set and advanced athleticism leads many to believe he’ll play many snaps as a true freshman. Ryan played on both sides of the ball at Lafayette Christian Academy. Explosive to the ball, he’s also a dangerous return man. He shows natural instincts, does not repeat same mistake and processes quickly. The expectations are sky high but Ryan can be a game changer when everything clicks.

One cannot overlook the Monroeville, Pa. signee. Davus is physical and runs the alley with intent from his safety spot. Instincts and great closing speed make him another future difference maker in the secondary. In the mold of LSU’s past great safeties, he’ll be active and forceful when he gets on the field.