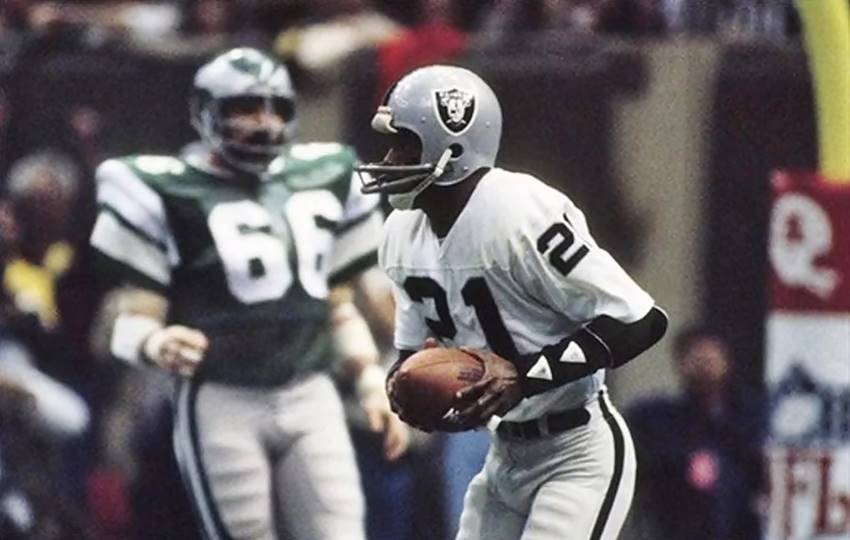 The Pro Football Hall of Fame ceremonies culminated Saturday evening with new inductees. Someone who many believe belongs in Canton is now no longer with us.

Branch, who entered the NFL in 1972 as a fourth round draft pick, was a player who shined for 14 seasons as a game-changing deep threat. At 5-foot-11 and 170 pounds, he ran a 10 flat hundred meters and 20.5 in the 200. Branch wasn’t just fast though. He developed his talents as a receiver to become someone that the defense had to scheme to stop.

The four-time Pro Bowler paced the league with 1,092 receiving yards and 13 touchdowns in a 14 game schedule during his third season. Two years later, he again was atop the NFL with an astounding 24.2 yards per catch (46 catches, 1,111 yards and 12 touchdowns).

Branch completed his career with 501 grabs for 8,685 yards and 67 scores, placing him third in Raiders franchise history behind a pair of Hall of Famers, Fred Biletnikoff and Tim Brown.

Branch, a Hall of Fame semifinalist in 2004 and ’10, truly impacted the game. It may come too late for the man himself to savor it, but it’s time to take a closer look at Branch the next time the ballots are handed out.