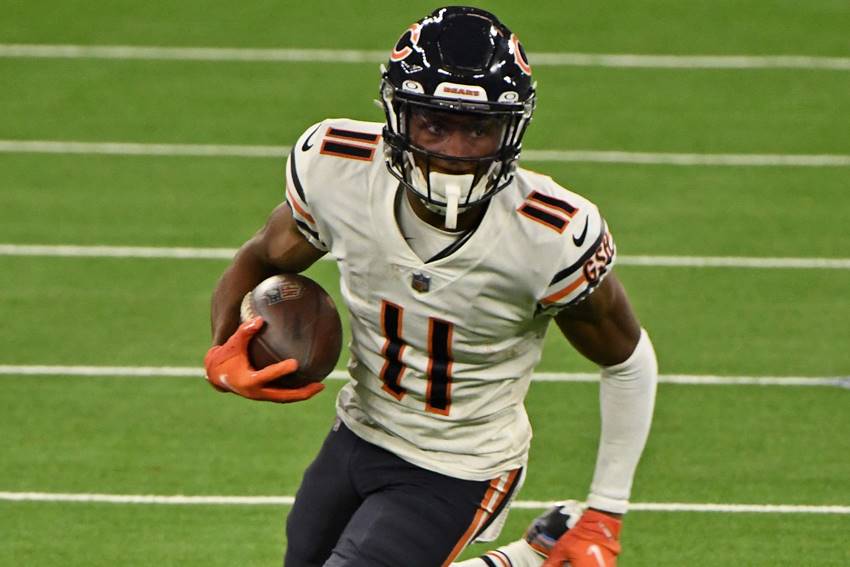 Three players with deep ties to New Orleans are a part of the passing game and kicking game of the Chicago Bears.

Darnell Mooney was an excellent player at Tulane for Willie Fritz.

Mooney was the top receiver for the Green Wave in both his junior and senior seasons.

Mooney was consistent, catching 48 passes in each season and scored 19 touchdowns overall.

Keep in mind that Tulane is not and was not a passing team or offense but better known for its punishing running game.

Mooney improved his stock by dazzling pro scouts by clocking a very fast time of 4.38 in the 40-yard dash at the NFL scouting combine at Indianapolis.

Being slightly built (5-10, 173) is the only thing that kept Mooney’s draft status lower than it could have been.

Mooney lasted until the 173rd pick overall, in the fifth round, before the Bears grabbed him.

It turned out to be a good, make that a really good move for Chicago.

All Mooney has done for Chicago is to set a rookie receiving record for the most catches with 61. Mooney has 631 yards and four touchdown receptions.

Mooney is the second leading receiver on the Bears squad behind top dog Allen Robinson, who hit a huge landmark with 102 catches for 1,250 yards and six touchdowns.

Unfortunately, Mooney injured his ankle in last week’s loss to the Packers and his participation against the Saints Sunday is in question.

At 23, the future is quite bright for Mooney at the start of his career.

At 29, Cairo Santos has a new life and may be in the middle of his career.

An All-American at Tulane, Santos had four outstanding seasons for the Green Wave.

The former Tulane star started his career in Kansas City but in his fourth year, he was turned loose and has tried to find his way since, spending time with Chicago, the Rams, Tampa Bay and Tennessee over the next three seasons.

In 2020, Santos landed back with the Bears and he has kicked his way into a permanent job and in their plans moving forward.

Santos has enjoyed an outstanding season, converting 30-of-32 field goal attempts and 36-of-37 extra points in his seventh season in the league.

Against the Saints on Nov. 1 at Soldier Field, Santos booted three field goals, including a clutch 51-yard attempt to send the game into overtime.

While kickers can enjoy longer careers than position players, their jobs are truly year to year if not week to week.

There are only 32 of those jobs in the league and they are hard to come by and hard to keep.

That said, if Santos can perform in the same fashion moving forward, he will enjoy a long and prosperous career.

At 34, the future is now for Jimmy Graham.

Graham has enjoyed a solid season with 50 catches for 456 yards and eight touchdowns. While the Bears were laughed at for having a ton of tight ends on the roster prior to the season, all Graham did was go out and be the top receiving tight end on the squad.

Graham stayed healthy, playing in all 16 games, starting 15 for the Bears.

Graham is sitting at 699 catches in the regular season for 8,339 yards and 82 touchdowns.

A third-round draft pick of the New Orleans Saints in 2010 ( overall), Graham emerged as the best receiving tight end in the NFL in New Orleans.

Graham had five brilliant seasons with the Saints, catching 386 passes for 4,752 yards and 51 touchdowns.

Since leaving New Orleans, Graham has not come close in any single season to matching his production with the Saints.

In fact, in the six seasons since departing New Orleans, Graham has 313 catches for 3,587 yards and 31 touchdowns.

Graham would never have it as good as he had it with the Saints, playing indoors, in the terrific offensive scheme of Sean Payton and Pete Carmichael and playing with Drew Brees.

The most passes Graham ever caught after leaving the Saints was 65 in Seattle in 2016.

That is why he has been with three teams over the six years since departing the Saints.

Graham was great in New Orleans.

He has been good but never great in Seattle, Green Bay and Chicago, though he did make the Pro Bowl with the Seahawks in 2016 and 2017.

Graham would like nothing better than to bite the hand which once fed him by knocking out the Saints.

It was the Saints that shocked many by trading Graham after the 2014 season to Seattle, acquiring a first-round pick (No. 31) overall, along with Max Unger.

It came after the Saints had just signed Graham to a four-year, $40 million contract.

When Graham left Seattle, there was talk that he may return to New Orleans.

When Graham left Green Bay, there was talk that he may return to New Orleans.

Now, Graham comes back to his original home one more time, maybe for the last time.

Now, Santos returns to New Orleans with a chance to enhance his solid status in the league with the Bears, to cement his position for at least another year and maybe several years.

Now, Mooney returns to New Orleans as a professional for the first time as the three guys with local ties try to make a name for themselves by knocking off the hometown team.