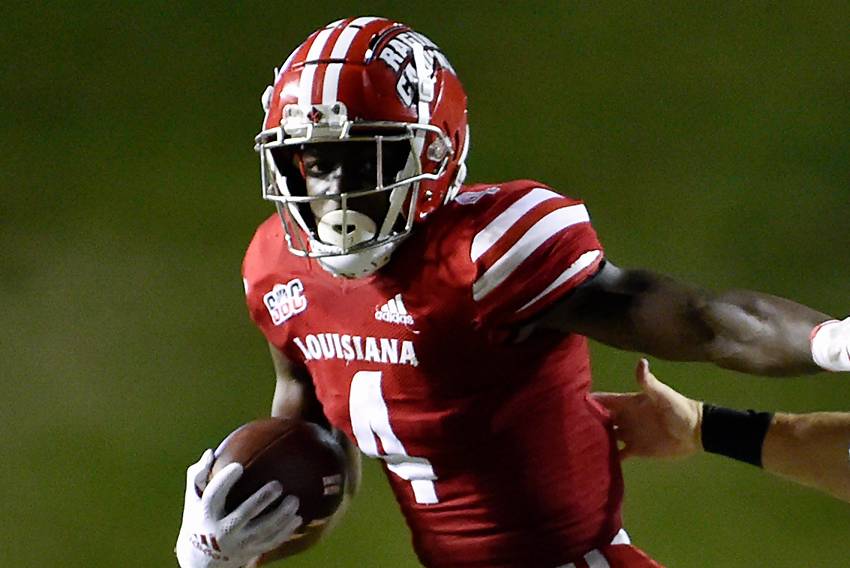 The 5-foot-11, 210-pound Johnson shined as a true freshman for ULL, rushing for 838 yards on a 5.2 per carry average with 12 touchdowns. He was named Sun Belt Conference Freshman of the Year. He is a fast, powerful and elusive runner with good vision. He will run through arm tackles.

The second leading rusher for UL this past season is not the only running back defection. Emani Bailey also transferred to TCU.

Despite Johnson’s success this season, he experienced an up-and-down involvement in the Cajuns offense. Late in the season, he had only five carries against ULM and eight for just eight yards against Appalachian State in the Sun Belt Conference championship game.

Former Ragin Cajuns running backs coach Jabbar Juluke, who joined Napier in Gainesville, was instrumental in convincing Johnson to join them. Juluke also factored in prominently in the commitment Saturday of Jennings running back Trevor Etienne in the 2022 signing class