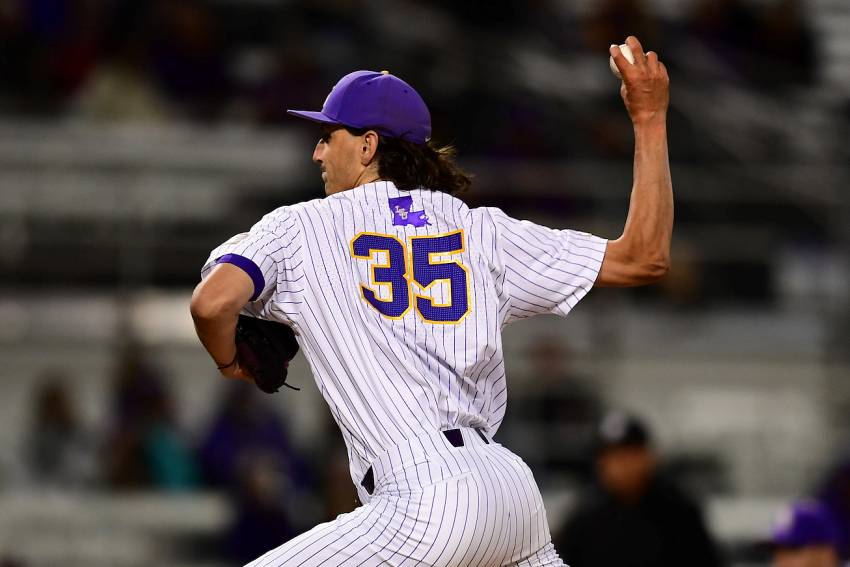 LSU and Louisiana Tech each had four players selected while the University of Louisiana at Lafayette had a pair of players chosen. Tulane, Delgado, McNeese, Northwestern State and Grambling State each had one player picked.

Schools that had the most recruits drafted:

The first in-state player chosen on Tuesday’s final day of the draft was LSU reliever Paul Gervase, who went to the New York Mets in the 12th round. Gervase indicated earlier in the process he would remain at LSU for another season, but the Mets’ offer was apparently too good to pass up.

The two Ragin’ Cajuns selected were pitcher Bo Bonds to the Toronto Blue Jays in round 13 and outfielder Tyler Robertson to the San Diego Padres in round 14.

Northwestern State pitcher Johnathan Harmon went to the Cincinnati Reds in the 13th round, while McNeese pitcher Cameron Foster was picked by the Mets in the 14th round.

Delgado’s Ethan Lege, listed as a third baseman, was chosen by the Milwaukee Brewers in the 16th round. Lege is an Ole Miss signee.

The bigger story for LSU will be less about the four players selected – led by Jacob Berry at No. 6 overall to the Miami Marlins – but rather about the dent put into Jay Johnson’s signing class.

Three LSU signees went before the start of the second round – outfielder Justin Crawford (first round, No. 17, Philadelphia), shortstop Mikey Romero (first round, No. 24, Boston) and pitcher Robby Snelling (compensatory A, No. 39, San Diego).

In the second round, junior-college pitcher Jacob Misiorowski went No. 63 to Milwaukee and third baseman Tucker Toman was taken by the Blue Jays at No. 7, in the compensatory B stage.

Two anticipated four-year transfers also are expected to go pro rather than come to Baton Rouge – pitcher Dylan Tebrake of Creighton, who went in the eighth round to the Mets, and shortstop Jack Pineda of Baylor, who was chosen in the 12th round by the Kansas City Royals. Another potential shortstop transfer, Carter Young of Vanderbilt, also was picked Tuesday, by the Baltimore Orioles in round 17.

The news wasn’t all bad on the recruiting front. The top Louisiana product in Johnson’s class, shortstop/pitcher Gavin Guidry of Barbe, said Tuesday morning he would be headed to LSU.